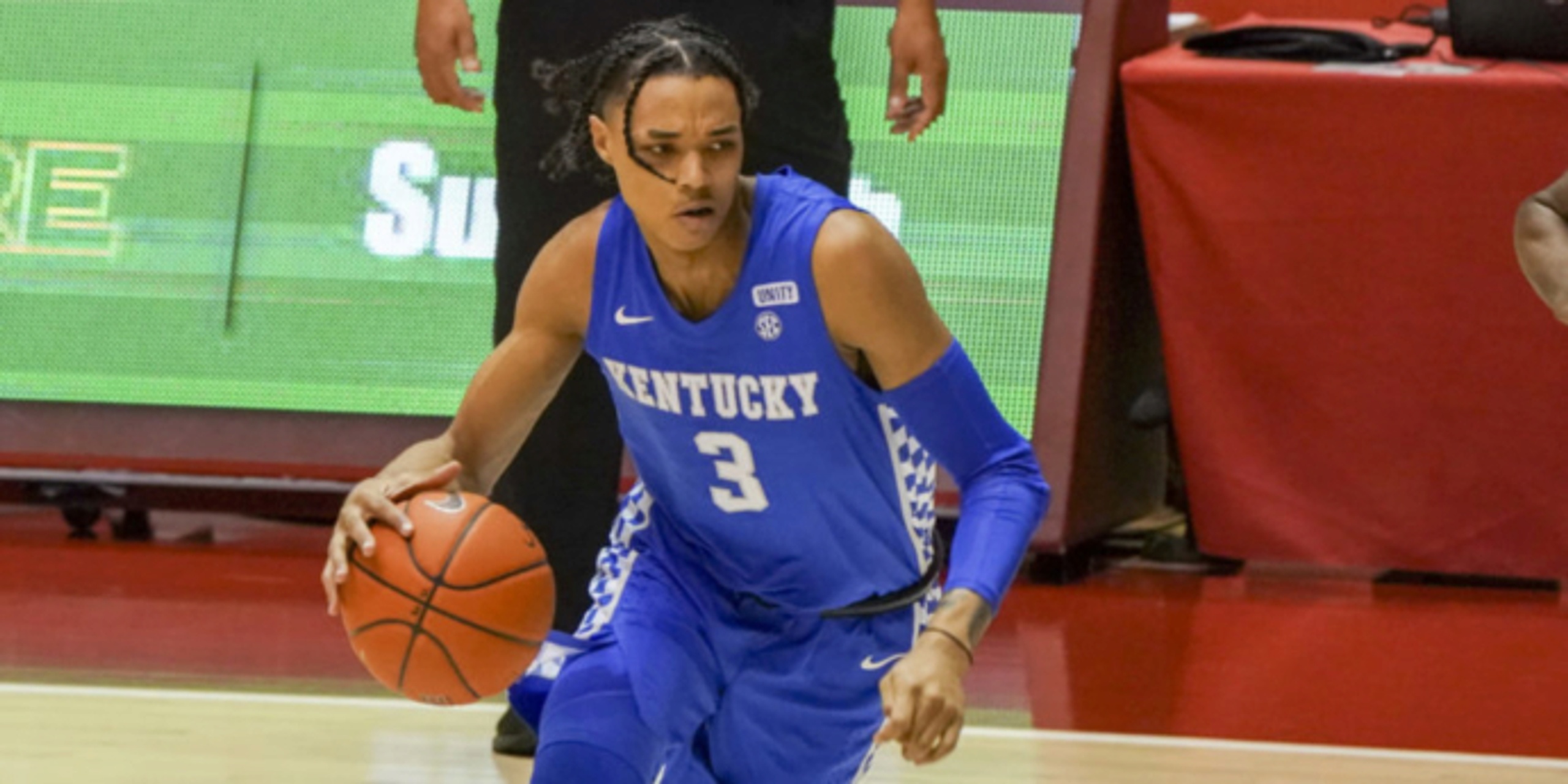 Being a consensus top-five recruit in the country and playing for perhaps the biggest brand in college basketball bears a massive amount of pressure and scrutiny.

For Brandon Boston Jr., it was no different.

The one-of-a-kind level of attention that exists only at Kentucky was bestowed upon Boston, just as it has John Calipari’s high profile one-and-done’s over the past decade, for better or worse. While both Boston and Kentucky fell wildly short of the preseason expectations that came with a top-10 ranking, we shouldn’t be quick to forget what made BJ such a highly regarded, surefire lottery talent coming into the season.

Being a part of one of Kentucky’s worst seasons in over 30 years and registering a 44.7% True Shooting percentage are certainly causes for concern, but it still shouldn’t be enough to throw out Boston’s entire body of work to this point. Jaden McDaniels -- the No. 7 recruit in the 2019 RSCI and 28th pick in the 2020 NBA Draft -- also struggled during his lone collegiate season at Washington, and has found his footing in Minnesota. With that in mind, let's take a look back on Boston’s decorated high school career to see why it’s too early to judge his future based on a subpar 25-game stint in Lexington.

Boston’s amateur career began in Georgia at Norcross High School, a hotbed for athletic talent both on the hardwood and the football field. The school has seen Al-Farouq Aminu, Jeremy Lamb and WNBA All-Star Diamond DeShields all join the pro ranks over the past decade.

As a freshman, Boston was a part of a star-studded Norcross team that featured high-major talent in the form of RayShaun Hammonds (Georgia), Jordan Goldwire (Duke), Kyle Sturdivant (USC/Georgia Tech) and Lance Thomas (Louisville/Memphis). The Blue Devils registered a 26-6 record and earned the No. 1 seed in their region. At 6-foot-4 with an underdeveloped 165-pound frame, Boston was far from the rangy wing he is today. And on a loaded Norcross team, he played a smaller role -- unrecognizable from the one he would grow into. A strong grassroots summer with Georgia Stars on the Nike EYBL, coupled with Norcross appearing in state finals, helped bring Boston to the Nike Elite 100 and a spot in the ESPN Sophomore 25, debuting at No. 15. Heading into his sophomore season, Norcross graduated Hammonds, Goldwire and Thomas, which would force BJ to step into a much larger role, playing sidekick to Sturdivant.

With their growing success and Boston’s growing recruiting profile, Norcross now played a national schedule with trips to the 2017 Holiday Hoopsgiving Tournament and Farm Bureau Insurance Classic on the docket. At Holiday Hoopsgiving, Boston squared off against 5-star recruit and future LSU Tiger Trendon Watford. Boston’s blend of slashing and mid-range pull-up scoring was pivotal to Norcross’s 28-4 record and repeating as the top team in the region. In the GHSA playoffs, Boston and Norcross saw fellow future Kentucky Wildcat and Georgia Player of the Year Ashton Hagans as an opponent. During the game, Boston made Hagan’s life difficult, playing solid defense throughout the contest. With the game in the balance and momentum up for grabs, BJ hit a three to spark the Blue Devils and finish the game on a 38-19 run before Boston was subbed out. In the state championship, Norcross was stunned by Meadowcreek, a team they beat three times in the regular season, by a final score of 56-43.

Despite the loss, Boston’s sophomore season was wildly successful, as he accrued offers from Florida, Florida State, Alabama and Clemson while being named Second Team All-State. During his grassroots season the summer before his junior year, Boston switched teams. Going from the Georgia Stars to the rapidly growing Athletes of Tomorrow (AOT) program, he would join forces with future Auburn Tigers Isaac Okoro and Sharife Cooper. Stemming from the change, BJ enjoyed a breakout campaign playing up against older competition. After averaging just under 20 points per game in the spring session, he picked up offers from USC, Mississippi State and Rutgers, as well as Villanova, Texas and Kansas later into the summer; Boston also was invited to attend a Team USA mini-camp. His blend of smooth shot-creation and scoring led to a climb from being recognized as a top-20 player in the country to a near-top-10 player by recruiters.

In his junior season, Boston posted 18 points and 5 rebounds per game while leading Norcross through another national schedule and stop at Holiday Hoopsgiving. Norcross went 22-9 with a run to the semifinals of the GHSA playoffs. Boston was forced to face off against undefeated McEachern and his AOT teammates Okoro and Cooper. Boston contributed 11 points and 15 rebounds in the overtime loss. At the end of his junior year, Coach Calipari and Kentucky came calling, offering him a scholarship in February of 2019. Boston would again gain massive ground in the summer. In his final U-17 EYBL season, Boston finished fifth in scoring at 23.6 points per game. At the Peach Jam, against eventual champions Mokan Elite, he registered 19 points, 6 rebounds and 4 assists while shooting 50% from 3. Following EYBL, Boston took his official visit to Kentucky, committing on the spot before taking official visits to any of his other final four schools (Auburn, Duke, and Florida).

Prior to his senior year, Boston heavily considered playing for McEachern with AOT teammate Sharife Cooper. He instead opted to transfer to Sierra Canyon School (CA) -- which featured Ziaire Williams, Amari Bailey and Bronny James -- in order to help give his sister a better education. BJ had a massive senior season for Sierra Canyon. The school played a multitude of televised games, and was followed by LeBron James’ Uninterrupted for a documentary in one of the most heavily publicized high school seasons in recent memory. Boston put on a show worthy of such attention, as he averaged 20 points per game and 7 rebounds en route to a 30-4 record in a COVID-shortened season. For his efforts, BJ brought home California’s Mr. Basketball award and earned First Team All-State honors. He also was named a McDonald’s All-American and Jordan Brand Classic participant despite the games not being played.

Brandon Boston Jr. left California with a clean sweep of all the accolades he could achieve and shipped off to Lexington, and the rest is history.

BasketballNews.com currently has Boston listed No. 22 on its 2021 NBA Draft Big Board.