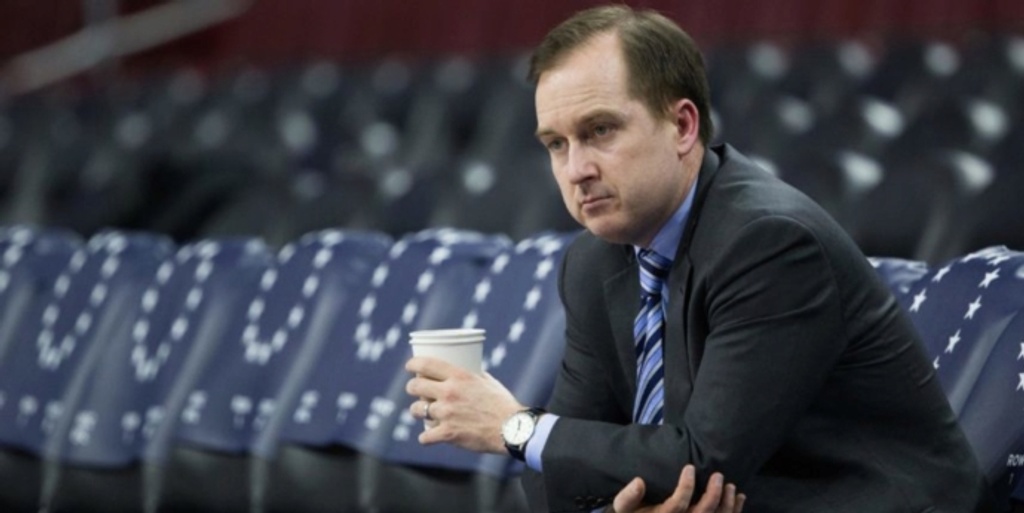 Imagine this: The Philadelphia 76ers are about to play in Game 1 of the NBA Finals at Wells Fargo Center. Minutes before tip-off, 10,000 fans are on their feet -- equal parts antsy and excited. The lights go out, and the PA announcer’s voice echoes throughout the building.

“Ringing tonight’s bell... the man who urged us to ‘Trust the Process,’ who got us Joel Embiid and Ben Simmons, who died for our sins… former 76ers general manager SAM HINKIE!”

Hinkie emerges, and the fans go nuts. He soaks in the cheers, finally getting the acknowledgement that he deserves for laying this contender’s foundation.

Sixers fans have been calling for Hinkie to ring the bell for several years, with some even creating petitions in hopes of getting the organization's attention.

Well, that dream is now one step closer to reality.

On Tuesday, shortly after the Sixers announced that Wells Fargo Center would be at 50% capacity for the playoffs, president of basketball operations Daryl Morey tweeted: “Let's try to get @samhinkie for the bell ringing.”

Let's try to get @samhinkie for the bell ringing

Interestingly, the Sixers’ bell-ringing ritual started in 2013-14, during Hinkie’s tenure. (The bell was initially supposed to be a good-luck charm that players touched on the way to the court, like Notre Dame’s "Play like a champion today" sign, but the players weren’t into it.)

The Sixers currently have the Eastern Conference's best record (47-21), thanks in large part to their franchise cornerstones: Embiid and Simmons. The Trust-the-Process era may have rubbed some people the wrong way, but it netted two stars and yielded a contending team. “Hinkie died for our sins” has become a common refrain among Sixers fans (with Embiid joining the fun on IG).

Morey didn’t just assume Hinkie's former post in Philadelphia; the two go way back. In 2005, Hinkie got his start in the NBA with the Houston Rockets' front office. Two years later, Morey was hired as Houston's GM and Hinkie was the team's vice president. He would eventually work his way up to assistant GM and become Morey’s protege. They saw the world similarly and were both big proponents of advanced analytics. Hinkie reportedly played an instrumental role in the Rockets acquiring Kyle Lowry and Patrick Beverley.

Hinkie and the Sixers didn’t end their relationship on the best of terms, but if there’s anyone who can help repair the damage, perhaps it's Morey (given his history with Hinkie).

Last October, ESPN’s Pablo Torre asked Hinkie about the possibility of reuniting with Morey for a second front-office stint in Philly. When asked to give a percent chance of this happening, Hinkie made it clear that he’s not interested.

Hinkie has transitioned to a successful post-NBA career as a venture capitalist, founding and managing his own firm, 87 Capital. It's understandable that he wouldn't want to work for the Sixers again, but perhaps he can be persuaded to return to his roots for one night. 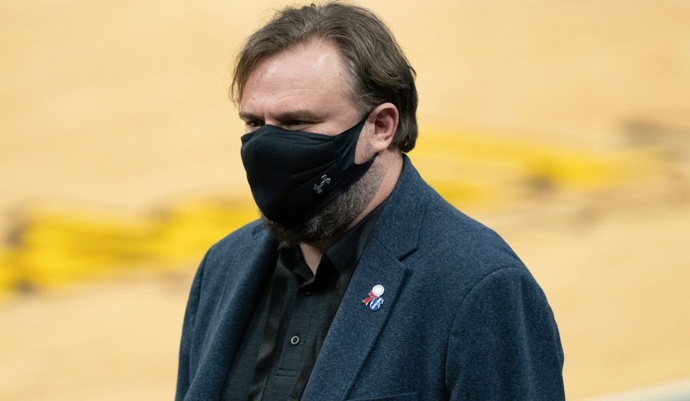 It’s worth noting that all signs seem to point to Morey and Hinkie still having a solid relationship. When the 76ers hired Morey, Hinkie was thrilled.

“I was stoked. I’m stoked now! I think it’s great news,” he told Torre. “[Daryl Morey] isn’t a good hire, he’s a great hire. It’s a really big move for a franchise I care a lot about, with a bunch of people I care a lot about. I just think it portends really great things for the future, for the Sixers.”

When asked whether it was strange that the 76ers parted ways with him only to hire his mentor several years later, Hinkie told Torre: “I expect on occasion it may be a little strange. Mostly it will be great… God bless em’ for getting to that answer, I think it’s a great answer regardless of the oddity of it. It makes my life simple. I’ve been a Sixers fan and a Rockets fan more than the other teams for awhile. I can continue to do that, it’s cool.”

Morey has always been supportive of Hinkie too. Back in 2014, Morey told USA TODAY Sports: "He won't stop until he builds a dynasty up there in Philly. He's going to build Lego brick by Lego brick, and there's no chance he won't succeed."

After Hinkie’s exit from the 76ers, Morey told Yahoo Sports that he “wanted to take hits for him” throughout the Trust-The-Process years, adding that Hinkie is “very good at what he does” and defending his overall philosophy.

Hinkie still keeps close tabs on the Sixers, watching games and even some press conferences.

“I watch a bunch,” Hinkie told Torre.” I keep track a lot because I care about how they do and I care about the people there. I’m a fan from afar.”

Perhaps he'll get a closer look in the near future, as it seems he has an open invitation from Morey to attend a game and ring the bell.