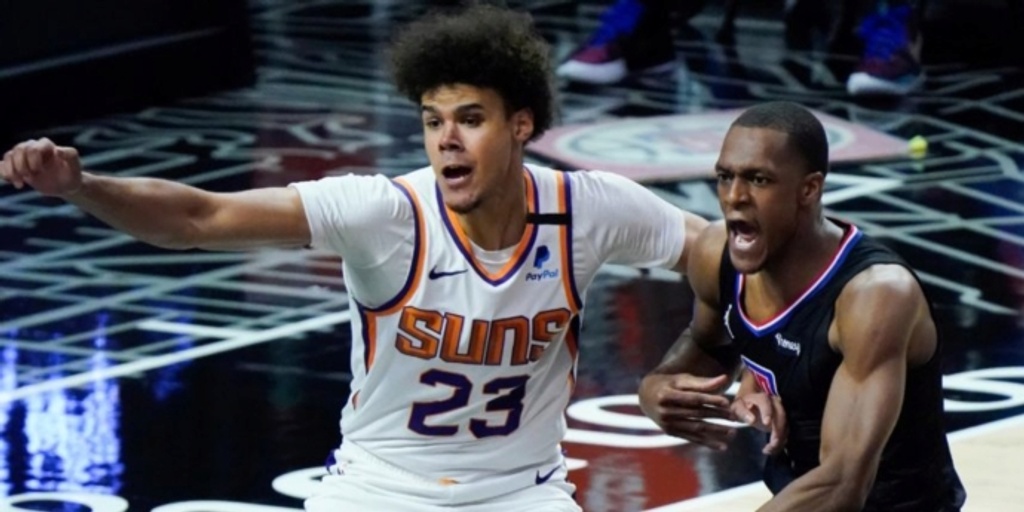 NBA Tweets of the Day: Sandwiches

Without further ado, here are the tweets of the day for April 9, 2021.

Khem Birch reportedly heading to the Toronto Raptors after parting ways with the Orlando Magic is the ultimate sign of loyalty. Ladies, get you a man who would do the same.

LOL Rondo just referred to Chris Paul as, "Number 3 on the other team."

This rivalry has been ongoing for YEARS and shows no signs of slowing down. A Clippers-Suns playoff matchup? Don’t mind if I do.

Welcome to The Upside Down 🔥 https://t.co/qRxkQhfSjj

All of the WNBA jerseys released for the upcoming season are insanely good, but the Indiana Fever’s Stranger Things-inspired jerseys might take the cake for best jersey in the history of basketball. Who will wear number eleven?

The Warriors can now field a starting five of sons of fathers who played in the NBA: Curry, Thompson, Wiggins, Payton and Mannion. https://t.co/IOOaFFCdqw

Are we really this old? I mean, I’m not -- I’m practically an infant. But my goodness, this is fun and insane at the same time.

There Is So Much Wrong With Utah

On the Jazz broadcast a fan just lost a contest because they couldn't name three kinds of sandwiches.

Cheesesteak, peanut butter and jam, club sandwich, hot turkey sandwich, panini, submarine, smoked meat, reuben, bologna. How much do I win, and do I have to go to Utah to claim it?

I will say I do very much appreciate Fred VanVleet pausing for a moment to put on his mask before jumping onto the court to break up the scrum pic.twitter.com/nibpy2kq6I

Fred’s suspension should be retroactively removed because he ensured the health and safety of those around him were a priority before stepping onto the court to assist with defusing Dennis Schröder’s temper tantrum.