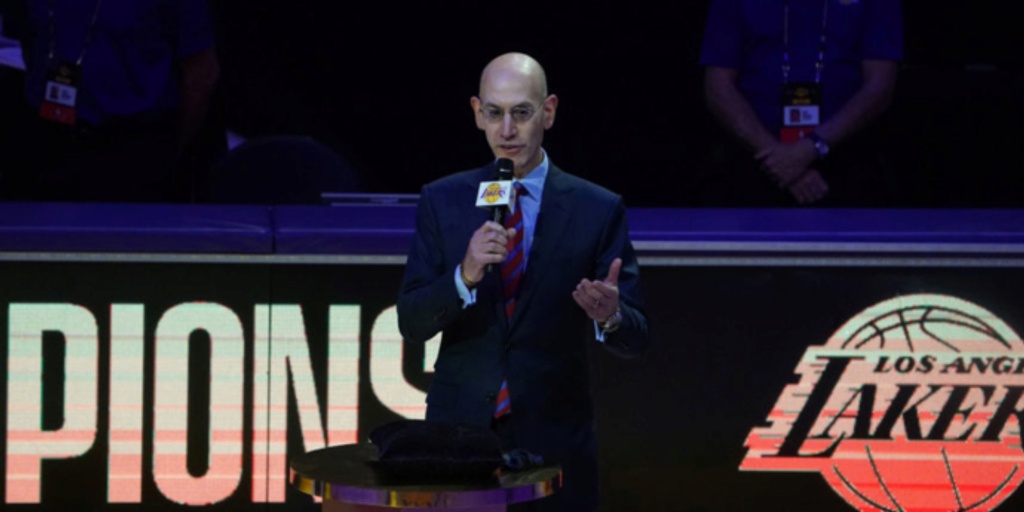 Earlier this week, NBA Commissioner Adam Silver appeared on Sirius XM Radio's "Basketball and Beyond with Coach K" and talked about a number of topics with the aforementioned Mike Krzyzewski.

One of the topics that came up between the two was the relationship that the NBA currently has with China. Last year, games were not shown on CCTV for a majority of the season after a tweet from then-Houston Rockets general manager Daryl Morey was pro-Hong Kong.

“I'll begin by saying, of course it's complicated," Silver said on 'Basketball and Beyond with Coach K.' "And at the end of the day, we're a U.S. company and we're going to follow, you know, American policy towards China. And, you know, whether it was the Trump administration, the Biden administration, at least so far, they've still been encouraging trade. And, you know, ultimately we're an export business. We export American basketball to China, and I would say what comes with it is American culture as well, and that, you know, my personal feeling is when I look at the mission of the NBA, which is to improve people's lives through basketball, I think continuing to operate in China is completely consistent with our mission. To your point, putting aside how you define a fan, we have hundreds of millions of people in China who watch NBA basketball over the course of the year.

“And I, you know, as a former political science major from Duke University, I'm still a believer in soft power," Silver added. "I think these cultural exchanges are critically important. I think it's an opportunity through sports as you well know, having traveled the world, you know, for Duke and for USA Basketball and for Army, that it's a way of building commonality among people through sports. Frankly, I'm pleased to hear that no one's calling for a boycott right now. Not no one, but the administration is not calling for a boycott of the Beijing Olympics, you know, coming up in two years. I think that, you know, especially when tensions are even higher as they are right now between us and China, you know, unless somehow we're truly going to go our own way, which seems impossible in this interconnected world, that basketball, sports, culture, are an opportunity to bring people together.

“So the relationship has gotten more complicated than it used to be. Certainly since we were there many years ago for I guess was the 2008 Olympics. But I also think frankly, the future of the world depends on these two superpowers, the U.S. and China figuring out a way to work with each other. It doesn't mean we don't speak up about what we see are, you know, things in China that are inconsistent with our values, you know, and that we don't continue to support players' ability to speak out on things that are important to them. But, you know, at least right now we continue to operate in China. Again, and, our games are not being shown right now on CCTV in China, but there's a streaming service called Tencent that's how people are seeing our games right now. And again, as I said, I think it's something that still remains important culturally for us to continue doing.”

The podcast can be found here.