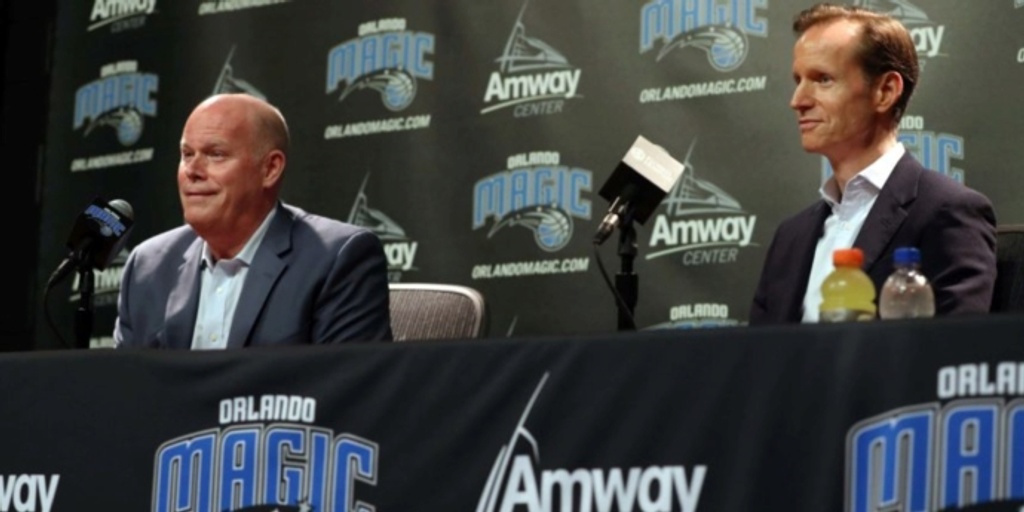 NBA Trade Deadline Roundtable: Which team should be a seller?

Which team should be a seller?

Nekias Duncan: Aside from Toronto, it would be nice to see the Orlando Magic finally sell off some stuff. Aaron Gordon isn’t a long-term fit, nor is Terrence Ross, Evan Fournier, Khem Birch… you get my drift. It’s time to make some moves so that a long-term vision for this roster can become clear. Right now, there’s no telling what the Magic are even trying to do.

Alex Kennedy: The Detroit Pistons have the second-worst record in the NBA at 12-31, and the team clearly isn't going to be competing for a playoff spot in the near future. With that in mind, I'd be looking to move veterans like Wayne Ellington (33 years old), Mason Plumlee (31) and Rodney McGruder (29) for young players and draft picks. Moving Derrick Rose for Dennis Smith Jr. and a second-round pick was smart; that's exactly what this team should be doing. I loved the addition of Hamidou Diallo too. We'll see if Detroit continues to make these kinds of moves on Thursday.

Spencer Davies: You almost have to preface that question with its own question: “Who has assets?” It’s no secret that the Houston Rockets want to get the most they can for Victor Oladipo. We’ve heard the rumblings surrounding the Orlando Magic with Aaron Gordon and Evan Fournier, as that era is likely coming to an end. Are the Sacramento Kings going to continue on that same path? Because Buddy Hield and Harrison Barnes are good pieces that could return some value. It also wouldn’t be surprising to see the Toronto Raptors cash in on Norman Powell’s career season, as he’s going to look for a big pay day in the summer.

Chris Sheridan: The Orlando Magic. John Hammond needs to keep Nikola Vucevic and get whatever he can for Aaron Gordon and Evan Fournier to engineer a quick rebuild built around Vuc, Jonathan Issac and Markelle Fultz. The Magic were a Murphy's Law victim this season, but even at full strength were never going to be a championship contender. They need one or two good, young coachable wing players and an extra first-round pick. Gordon is in demand, and I expect Hammond to be able to get good value in return -- the type of value that enables a quick turnaround.

Moke Hamilton: If you’re a team that’s under .500 without at least one young superstar-caliber player who can conceivably lead you to the playoffs, then you should be a seller. The Rockets seem to qualify, as do the Wizards and Magic. If I had to pick one, I’d probably go with the Magic, though. You can only try with Nikola Vucevic and Aaron Gordon for so long before you decide to go in another direction, and each have enough value to get a decent return back in a potential deal. The Wizards at least have Brad Beal (and Russell Westbrook), while Houston has assembled a nice collection of future draft picks in recent months. It might be time for Orlando to embrace rebuilding (again) around Markelle Fultz and whichever of Cole Anthony, Jonathan Isaac or Mo Bamba gives them the look and feel of a cornerstone. 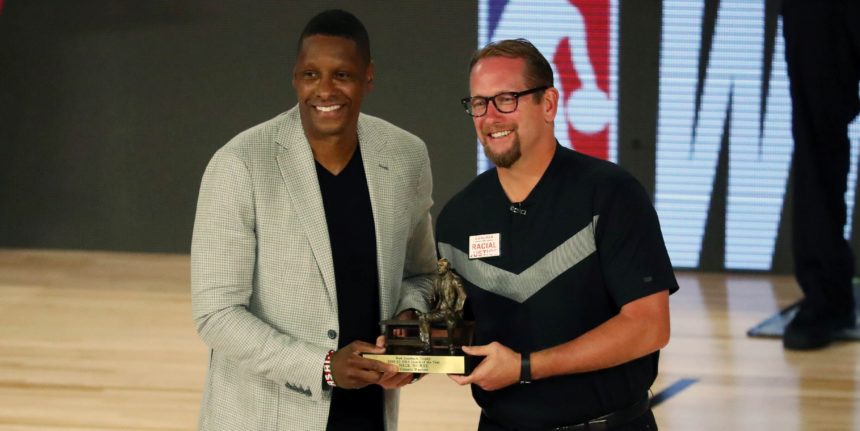 Jannelle Moore: I think the Toronto Raptors should sell. Kyle Lowry will be a unrestricted free agent after the season and their best bet is trading him now to get a player (and picks) to help them rather than letting him walk in the offseason without getting anything in return.

Ethan Fuller: This might be an off-beat pick, but the Indiana Pacers should absolutely sell. They are another East contender under .500, but don't have the star power to inspire confidence. What they do have are a number of solid rotation pieces (Myles Turner, Doug McDermott, Jeremy Lamb, Justin Holiday, T.J. McConnell and more) who could help teams chasing a title. It's time for Indiana to reload the prospect chest and raise the franchise's ceiling.

Danny Cunningham: The Toronto Raptors should be sellers this year, although it’s unlikely that will actually happen. Banners hang forever, and that franchise will always have the magical playoff run of 2019, but it’s probably time for Masai Ujiri to examine what the future of the team looks like and put in place building blocks around Pascal Siakam to try and open up another window of contention, because this just isn’t their year.

Jonathan Concool: The Orlando Magic. It’s time to move on from Nikola Vucevic and Aaron Gordon. These guys are far too talented to be wasting their primes on a team that hasn’t won a playoff series since 2010. Orlando could get real assets in return and start rebuilding from scratch, as a fresh start is desperately needed down in Central Florida.

Sharon Brown: I believe the San Antonio Spurs might be sellers and will finally get with the youth movement. LaMarcus Aldridge already isn't with the team. Is it possible that we could see them part ways with DeMar Derozan, Rudy Gay and/or Patty Mills next?

Will this be an active trade deadline?

Who's the biggest name that will be dealt?