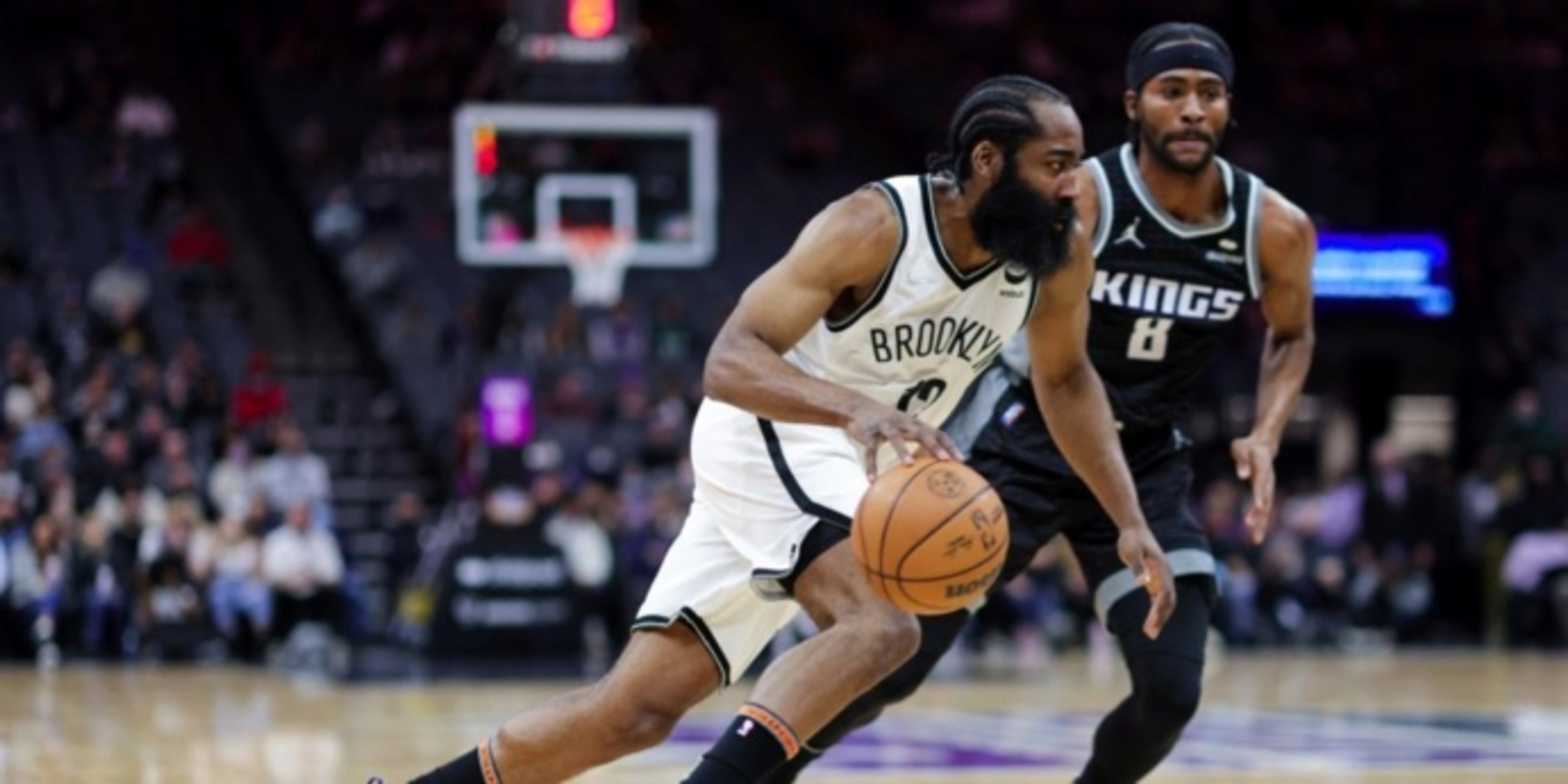 NBA Sour Rankings: Tank-O-Meter readings ahead of the trade deadline

It's that time of year when NBA trade machines and insider gossip hijack basketball discourse. Trade deadline season means absolute chaos for just about anyone involved in basketball from a management, player or media perspective. For better or for worse, I'm pulling the "we live in a society" card and conforming.

The Tank-O-Meter is back for the second time this season to assess how seriously teams should consider folding for the remainder of 2021-22. Teams are rated on a scale from 1 (playoffs or bust) to 10 (do not even think about winning a game again) based on how much a rebuild helps the long-term franchise outlook.

A key part of any good rebuild is maximizing selling out at the trade deadline. It makes sense to get a read on what teams should do before Thursday to build their chests of assets and get out of the limbo of a weak postseason push. You'll see a Tank-O-Meter reading for each of these 10 squads, plus the usual Sour Rankings.

Escaping the Sour Rankings: The New Orleans Pelicans got Brandon Ingram back from injury and immediately started winning. They're currently on a three-game stampede and have even moved into the Play-In tier of the Western Conference standings. Boston is also rolling on a five-game win streak with perhaps the hottest defense in basketball, suddenly tied with Toronto and Brooklyn for sixth in the Eastern Conference.

The Hornets sink into the Sour Rankings as they tough out a four-game losing streak with defeats against the Los Angeles Clippers, Boston Celtics, Cleveland Cavaliers and Miami Heat. Their run to the All-Star break is daunting; it features 6 games in 11 days and includes matchups against the Toronto Raptors, Chicago Bulls, Memphis Grizzlies, Minnesota Timberwolves and Heat (again). According to Heavy's Steve Bulpett, Charlotte is also looking to trade PJ Washington, which still doesn't make much sense to me.

Charlotte shouldn't consider bottoming out as long as the team has confidence in its young core. The Hornets have the pieces to either become buyers or sellers at the deadline, and are right in the thick of a competitive East playoff race. At the absolute minimum, this is great experience for guys like LaMelo Ball and Miles Bridges, and the Hornets are still a threatening offense on a nightly basis.

Easy reading for Detroit — the franchise has already been near the bottom of the league all season. The Pistons can really supercharge the current rebuild with how they approach the trade deadline regarding veterans like Jerami Grant and Cory Joseph.

But Detroit still cracks the Sour Rankings, because even in the scheduled losses, it just feels like there's been too much uninspired basketball. Honestly, what young talents on the roster do you feel better about from the start of the season besides Cade Cunningham? I'd say there's an argument for Saddiq Bey and... that's about it. Detroit still has several questions to answer about the team's identity, and those questions can be answered even in losses.

Utah battled to a win against the Denver Nuggets and dismantled the flailing Nets this week, bringing some stability after a five-game skid. However, reports are back (this one from ESPN's Brian Windhorst) that Donovan Mitchell and Rudy Gobert are "at each other's throats." Mitchell once again denied the rumors, and who knows at this point what's grounding the reports. But it's never good to hear.

No, the Jazz should not tank — they're still fourth in the West standings even in this rough patch.

The Pacers dealt Caris LeVert to the Cavaliers yesterday in a trade that brought back an expiring (and injured) Ricky Rubio, a lottery-protected first-round pick that will likely convey this season and two additional second-rounders. That's not a bad return for a team that simply needs young talent in waves, and draft picks always add some trade flexibility.

Moving LeVert for that package signals a rebuild is on the way. It's long overdue. Now, the Pacers have to get what they can for Myles Turner, Justin Holiday and their other vets. I do not think Domantas Sabonis is a "must-trade" due to his sheer skill. But Indiana also can't be afraid to accept a good offer. They're one of the primary teams to watch ahead of Thursday.

Here's another team giving off "rebuild" vibes. The Trail Blazers traded Norman Powell and Robert Covington to the Clippers this week for Eric Bledsoe, Justise Winslow, Keon Johnson and a future second-round pick. That return feels underwhelming considering Portland gave up two very good rotation players. But if they like the uber-athletic Johnson, so be it.

With no Damian Lillard return in sight, Portland should really sell at this deadline. What does being in a Play-In race even mean for this franchise? Young trade pieces and the NBA Draft are the best way to find game-changing talent. CJ McCollum and Jusuf Nurkic have been involved in trade rumors recently. I wouldn't be surprised if both had new homes by Thursday evening.

One day, Deuce McBride and Immanuel Quickley will join the starting lineup and everything will be alright in New York. For now, the Knicks remain a woefully inconsistent basketball team that can't be trusted — but can't be counted out — on any night. If I had my way, Tom Thibodeau would commit to playing the youth; Quentin Grimes, Quickley and McBride would see serious playing time increases, and New York would head into the offseason with a good draft pick and an enticing young core. Then again, it's Thibs.

Julius Randle got into it with a coach on the bench against the Lakers. 😬

By the way, read this excellent piece from Mat Issa that further highlights how the Knicks are leaving Julius Randle out to dry.

James L. Edwards III of The Athletic says that the Kings have reported interest in Jerami Grant. This comes after all the will-they-won't-they drama surrounding a Ben Simmons trade and the availability of De'Aaron Fox and Tyrese Haliburton. Of course, smokescreens exist in trade gossip, but I still can't rationalize most of the reported targets for Sacramento.

This is a bad basketball team. The Kings have the second-worst offensive rating in the NBA over the past few weeks in addition to their perenially-porous defense. Sacramento may be two games out of 10th place, but the team would have to unseat several better squads in the San Antonio Spurs, Trail Blazers and Pelicans. As repetitive as selling is for this squad, it's the logical step.

“more from an off-ball perspective” from TALEN HORTON-TUCKER is just- https://t.co/LO3LSpvuxR

I audibly chuckled reading this reaction from Nekias Duncan on Frank Vogel's rationale benching Russell Westbrook late against the Knicks. L.A. won that game in overtime, but it sure wasn't thanks to either player. Even though the Lakers went 2-1 this week, the lasting image will be the game-winner from Clippers guard Reggie Jackson on Thursday. The purple and gold are now down to ninth in the Western Conference.

The Tank-O-Meter reading remains the same: You don't tank with a healthy LeBron James.

Washington's downward spiral continued last week with two one-sided losses to the Bucks and Suns. The Wizards did manage a 106-103 win over Philadelphia, but they've now been usurped by the Atlanta Hawks for the final Play-In bid. Does being on the outside looking in change anything from a directional perspective?

I think the Wizards are at the most polarizing trade deadline crossroads of any NBA team. They could make a desparation play for a star to help Bradley Beal and swing on someone like Domantas Sabonis. Or, Washington could send out its solid veterans in return for young talent or draft assets — at the risk of losing Beal this offseason. Moves have to be made by Thursday, but I couldn't honestly say what the right direction is.

Harden effort thread because I watched the film back and, my god, it's pathetic.

Whew... An eight-game losing streak, complete with some epic meltdowns, has the Nets in the Play-In tournament. And that's not even the worst part amidst the firestorm of rumors surrounding James Harden's potential availability. Whether or not he gets traded, Harden is showing visible disinterest at a critical point in Brooklyn's season. It's hard to consider the Nets a legitimate title contender with the way they've played over the past three weeks.