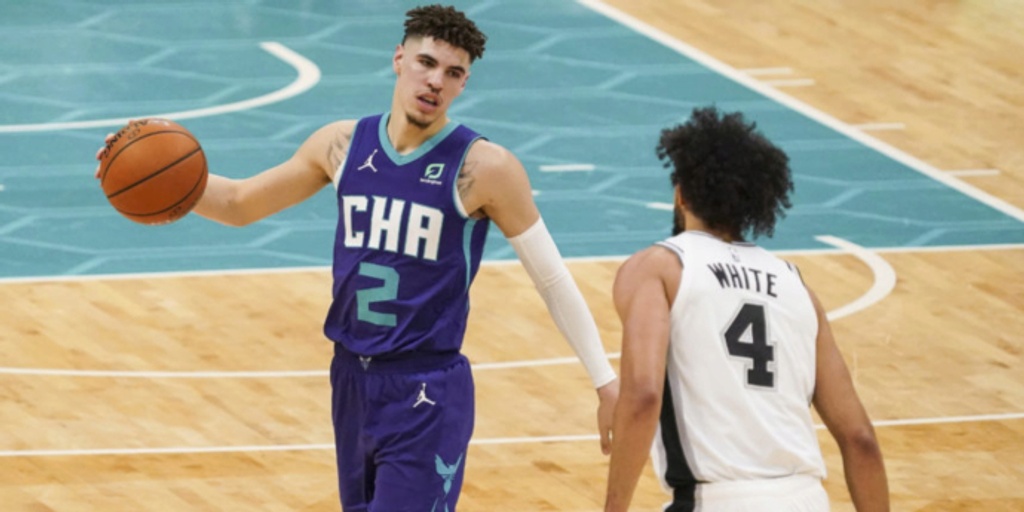 LaMelo Ball and Dejounte Murray have been named as injury replacements for the 2022 NBA All-Star Game.

ANALYSIS: Ball and Murray will replace the injured Kevin Durant and Draymond Green.

It will be the first appearance for the two rising star guards.

Ball, also a nightly triple double threat, is posting career-highs of 19.6 points, 7.1 rebounds, and 7.5 assists per game along with 1.5 steals per game in his second season.