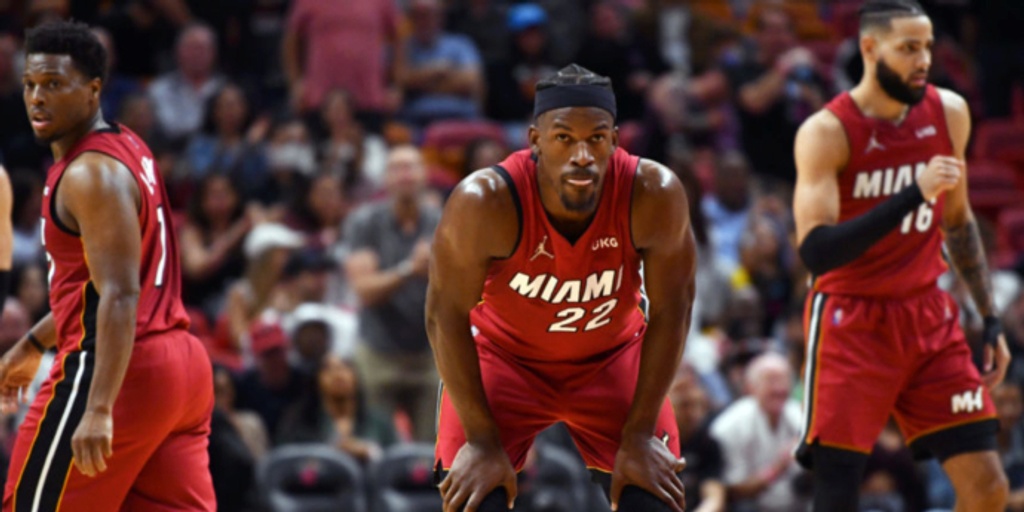 We have reached the final installment of this season's NBA Sour Rankings and it's been a wild ride.

Of the 30 NBA teams, 28 appeared on the list at some points in the season. I inversed each ranking and turned it into a point value to tally up the most prominent members. The Los Angeles Lakers (134 points), Sacramento Kings (117), New York Knicks (113) and Portland Trail Blazers (99) were the highest point-getters, and continuously peppered the rankings since they each disappointed at consistent levels throughout the year.

Who never touched the Sour Rankings? The San Antonio Spurs and Orlando Magic. I bet you didn't expect them. Those squads had the combination of extremely low expectations and frequent flashes from young talent. Despite those franchises never being on top of the NBA sphere, I never felt frustrated by by either team because there was always a silver lining after every game.

So we arrive at the final ranking with several playoff contenders sputtering to the finish.

If you're new to the Sour Rankings, here's a refresher: Unlike the typical "power rankings" that are so common throughout sports media, Sour Rankings are a bizarro-world counter. These rankings highlight the top-10 most frustrating NBA franchises throughout the season, and they are updated every week to match the twists and turns of the league.

Escaping the Sour Rankings: The Dallas Mavericks have climbed up to fourth in the Western Conference standings and flipped to home-court advantage against the Utah Jazz, who they'll likely play in the postseason. The Chicago Bulls have somewhat righted the ship and maintain a hold on fifth place in the Eastern Conference. The Knicks may be out of the playoff picture, but they've suddenly been hit with a wave of developmental flashes from the young core. Immanuel Quickley leads the way.

Man... that is pain. What else is there to say?

Brooklyn boasts the league's fourth-ranked offense over the past two weeks, and that was before the New York City vaccination policies changed, allowing Kyrie Irving to play in home games. The Nets can end their season with some positive momentum, as they face just three more teams at .500 or better.

One of those teams is the Atlanta Hawks, who Brooklyn is currently slotted to play in the Play-In bracket. The race for the eighth seed is dead even between the Nets and Charlotte Hornets, and that's a battle within a battle to get at least two extra shots at a playoff spot. Should the Nets lose, do they want to face a dominant Trae Young with their not-so-dominant defense?

The Warriors have lost 5 of their last 6 games and just took a 123-115 defeat against the Wizards. They are 6-10 since the All-Star break, and while those losses have come with a mix of injured absences involving Stephen Curry and Draymond Green, it's concerning that the rest of the cast can't keep things together — even against bad teams. Golden State is currently two games up on the Mavericks for the third seed, but only four games separate the team from the sixth-place Denver Nuggets. This is a sneaky-close middle tier with the Warriors holding little momentum.

As mentioned, the Hawks face a potential playoff preview with the Nets. But they'll likely have to meet both Brooklyn and Charlotte in some order in the postseason. Atlanta went 2-2 against the Hornets in the regular season, and is 0-2 vs. the Nets prior to this coming Saturday's matchup. That doesn't inspire much confidence that the Hawks, as the No. 10 seed, can storm through both to the playoffs.

Utah received a quality playoff test this past week with games against the Nets, Celtics, Hornets and Mavericks. The Jazz lost all four games, though they missed Gobert. Their perennially stalwart defense is down to 20th over the past two weeks, and against the Celtics in particular, they couldn't seem to contain anyone. Donovan Mitchell is averaging 26.4 points per game since the All-Star break, but even that isn't mattering when the defense doesn't show up beyond Gobert.

Bryan Fonseca wrote a great piece this past week about that Heat meltdown on Wednesday against the Warriors. His message was that these types of altercations don't have to define the rest of the season. But the dust-up certainly is right now, as the Heat have lost their grip on the East's top spot. They followed up the defeat with two more bad losses to the Knicks and Nets.

Miami still has conference powers in Boston, Chicago and Toronto left on the schedule. With the top four seeds separate by half a game, the Heat could easily plummet to the bottom of the tier.

Let's talk about Corey Kispert! The No. 15 pick flailed, as most rookies do, to open his NBA career. But Kispert has meaningfully caught fire in recent weeks. The 23-year-old sharpshooter is drilling 42.4% of his three-pointers in March. He just hit six triples on his way to a career-high 25 points in the team's aforementioned win over the Warriors. Washington hasn't had too much to get excited about in these last two weeks, so at least Kispert is helping send the young core into the summer on a high note.

According to James L. Edwards III of The Athletic, the Trail Blazers are still the front-runner to trade for Jerami Grant this offseason. "I think a lottery pick would be the kind of sweetener that would [get a deal done]," Edwards told HoopsHype's Michael Scotto.

I just don't understand how a team so badly in need of a reset can cash in what will likely be its highest draft pick in a decade to go make a last-ditch attempt at keeping the current group relevant. Portland does not have a playoff-caliber roster regardless of Damian Lillard's health. Trading away several key future pieces for Jerami Grant will not change this. I'm simply against this move for the franchise's future.

The Pelicans rally from a 23-point deficit to take down the Lakers in NoLa! pic.twitter.com/MmFRQr8n2l

The Lakers are on a two-game skid and the Spurs are on a three-game win streak. Los Angeles has eight games to try and hold off San Antonio and at least survive to reach the postseason. Over the past two weeks, in which the Lakers have gone 2-5, they have the league's ninth-ranked offense and 27th-ranked defense. Their last eight games include the Mavericks, Jazz, Pelicans, Suns, Warriors, Thunder and Nuggets (twice).

Whew, this is not going to be easy!

The Kings shut down Richaun Holmes for the season due to "personal reasons" and did not specify why. Robin Epley of the Sacramento Bee found out: Holmes is facing serious domestic violence allegations amid an ongoing custody battle.

Obviously this is an ongoing process with no conclusion yet. But Epley makes the point painfully clear in her article.

"I’m not convicting Richaun Holmes ahead of his court date. It does, however, appear that the Kings were focused on covering up a serious situation involving allegations of domestic violence by one of their players. When I contacted the team this week, they refused to comment on the serious charges facing their player, or say anything beyond the cryptic announcement of Holmes’ departure," she writes.

Epley goes more into some important statistics surrounding domestic violence cases in the U.S. and in the NBA. I seriously implore you to read them if you haven't yet. But the point is: This is yet again another case being swept under the rug by the league and its franchises.