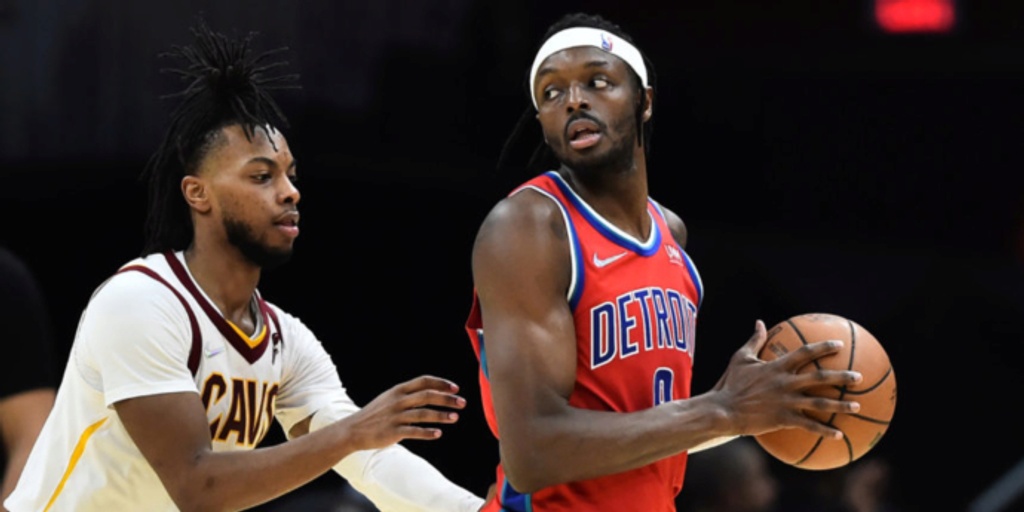 However, for the second year in a row, the Detroit Pistons ultimately decided to hold onto him.

With that said, it's very possible that the Pistons will revisit a potential Grant trade this offseason. If that happens, Portland is the team to watch, says Pistons beat writer James Edwards III of The Athletic.

"I reported, and you did as well, that the Blazers were one of the teams persistent in trying to get Grant," Edwards told Michael Scotto of HoopsHype. "I don’t think at the time they had the assets [Pistons general manager] Troy Weaver was looking for to trade Grant. He’s somebody they like and a good player. Troy had all the leverage. He doesn’t have to trade Grant.

"Portland’s going to find itself in an interesting situation where they could have a high draft pick coming up… Maybe if it’s high enough, it’s an offer the Pistons can’t refuse. If Jerami gets traded anywhere this offseason, it’s going to be Portland. It feels like Portland is still the front-runner."

The Blazers are currently 27-45, which is the seventh-worst record in the NBA. If Portland stays in this spot, they would have a 31.9% chance of landing a top-four pick in the 2022 NBA Draft. Edwards wonders whether the Blazers may be willing to include their lottery pick in a trade for Grant.

"I think a lottery pick would be the kind of sweetener that would [get a deal done]," Edwards explained. "Portland is obviously heading towards that trajectory. It wasn’t all the way clear at that point at the deadline. Troy was in no rush to get something done at the deadline.

"My gut tells me that Portland really makes a legitimate push and goes and gets Jerami."

It remains to be seen how much the Blazers are willing to give up for Grant, but it seems that Portland's veterans would love to see a trade go down (judging by Josh Hart and Jusuf Nurkic's recent tweets).

Edwards believes that the Pistons would be more likely to trade Grant if they are able to draft a top forward like Chet Holmgren, Jabari Smith, Paolo Banchero or Keegan Murray in the 2022 NBA Draft. This would seemingly make Grant more expendable since they would have his replacement on the roster.