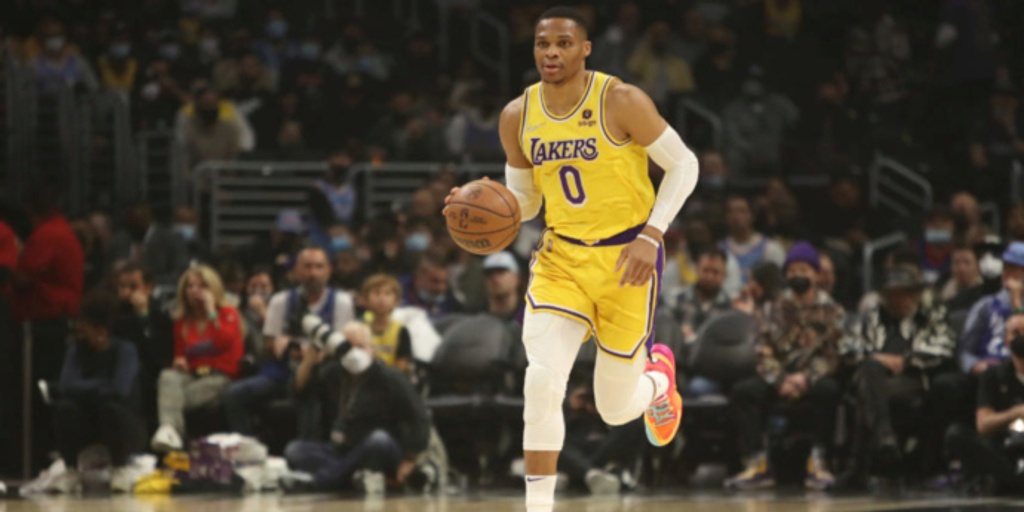 We had a whopping 15 NBA trades go down in an eight-day span.

The league buckled down for one of the biggest fireworks shows in recent deadline memory. Front offices dealt All-NBA superstars and hammered out four-team mazes. By the time the clock struck 3 p.m. on Thursday, we saw some teams go all-in on a playoff push, others cash out and move towards rebuilding, and many surprisingly pass on the spectacle entirely. It's a perfect time to set the table ahead of the stretch run with a fresh Sour Rankings.

Escaping the Sour Rankings: By most accounts, the Indiana Pacers crushed it with their trade deadline moves. Tyrese Haliburton instantly becomes the bedrock of the franchise's next era, and he's looked pretty good in limited time so far. Indiana also snuck in a solid flier by acquiring Jalen Smith and didn't trade away any of its veteran players just for the sake of making a move. The Detroit Pistons were also briefly in the Sour Rankings, but escape after acquiring former No. 2 overall pick Marvin Bagley III without giving up long-term pieces.

Of all the teams to hold their chips at this year's deadline, OKC might be the most surprising. The Thunder had several players worth trading for — including Kenrich Williams and Mike Muscala — and had oodles of salary cap room to take on guys with undesirable contracts. Instead, they only clocked-in one deal, trading a second-round pick to the Miami Heat for KZ Okpala, who was subsequently waived. Though it's not a colossal general-managing blunder, the Thunder may have missed some good opportunities to add to the stockpile.

The Hornets added Montrezl Harrell to fill the backup center spot on paper, and he should help as a play-finisher. However, Harrell does little to address the returning defensive woes for a Charlotte team that is 3-7 in its last 10 games. The squad has also hit an offensive shooting slump while also ranking 22nd in turnover rate since the start of February. A seven-point loss to the Memphis Grizzlies on Saturday overshadowed a horrendous two-way performance in the first half that had me concerned.

The Jazz got involved in one minor three-team deal at the trade deadline, and it didn't do much to squelch the raised voices about their title pretender status. Mark Schindler labeled them a loser of the week despite acquiring a prospect he liked in Nickeil Alexander-Walker:

"There's an intriguing foundation with him that Utah could unearth more of and help him build upon, but the issue is where the Jazz are right now. They needed immediate help defensively at the point of attack and the wing, yet NAW is not really that guy right now."

Utah is on a five-game winning streak, however, which deserves some credit. The team stays where it is in these rankings for now.

Here's another rebuilding franchise that balked at the chance to capitalize on the rush of apparent buyers. Houston didn't need to trade Eric Gordon in my opinion, but he certainly could have returned value. I was more surprised that Christian Wood not only remains on the team, but also was barely brought up in public trade rumors. He has not been nearly the player he can or should be with the Rockets, and I don't know if anything he does in the next two months changes that outlook. Of course, John Wall is still on the roster too.

The Blazers are a confusing team to nail down for me. They traded CJ McCollum to New Orleans in a move many expected, but didn't get a whole lot back (aside from a very solid rotation player in Josh Hart and a protected first-rounder). A couple days go by, and then, the aforementioned Alexander-Walker — the best young player in the first trade — heads to Utah for a second-round pick, an expiring and injured Joe Ingles and a more obscure flier in Elijah Hughes.

Nekias Duncan gave those two moves a C-minus and D in his trade deadline grades. I think I'd agree, because at the end of it all, I still don't know what Portland is doing other than clearing some cap room.

Sabonis and Fox will be a natural fit 👉🏽 That P&R with a guard who can slash, pass and play in between with pace paired with a highly skilled big man who is great around the rim and can shoot comfortably from 15 feet. This is the co-star both guys needed.

I'll give the Kings a little credit for the auspicious stretch they've had with Domantas Sabonis and De'Aaron Fox together since that big blockbuster move. A lot of people, myself included, probably overreacted to the deal and didn't give enough thought to what Sabonis can unlock for the players around him in Sacramento. They also did a sneaky-great job turning Marvin Bagley III into three players who can help the team win now at various levels.

I still have a hard time getting over the Kings trading Tyrese Haliburton, their most promising young player and a public advocate for turning a losing culture around.

Kristaps Porzingis was perhaps the most shocking name to be dealt this season; his name hadn't really popped up at all until Thursday morning. While it's fair that the Wizards needed to end the Spencer Dinwiddie-Bradley Beal experiment and Porzingis makes them better purely on paper, I don't love the fit. Will he make a meaningful difference for a Washington team that is one of two NBA squads with bottom-five Offensive and Defensive Ratings over the past two weeks? I'm doubtful.

The Montrezl Harrell trade was also super weird because it brought back two players who probably should not be in the rotation. Washington's big mix is still backed up now with Porzingis, Daniel Gafford, Thomas Bryant and Vernon Carey Jr., plus larger forwards in Kyle Kuzma and Rui Hachimura.

Whew, Saturday's blown lead to the Trail Blazers was a stinger. The Knicks led by 23 at one point before coughing up the game to a Portland team that just went through a widespread, trade-deadline fire sale. New York, meanwhile, didn't make any moves despite the glaring underperformance in recent weeks. The Knicks have two extremely winnable games against the Thunder and Brooklyn Nets before the All-Star break. If they can't find something, I'll have serious doubts about them even being close to a Play-In team.

In a vacuum, the Nets moved on from a disgruntled star in James Harden and returned three players who can instantly (once healthy) slot into a thin rotation. Ben Simmons makes a ton of sense as a defensive boost, Seth Curry can replace the shooting lost by Joe Harris' injury, and Andre Drummond at least gives Brooklyn a presence on the glass and center depth.

But they still gave up James Harden. Brooklyn's Big Three played 16 games together in total, and the Nets are still neck-deep in an 11-game losing streak. Things are most definitely bad.

If a franchise arrives at a point in the season where the locker room itself wants trades to happen, then the front office should listen. But Rob Pelinka had to go all Bumi from "Avatar: The Last Airbender" and embrace neutral jing — a.k.a. doing nothing. The Lakers made zero trades this season. They are the most underwhelming team in the NBA and they made zero trades.