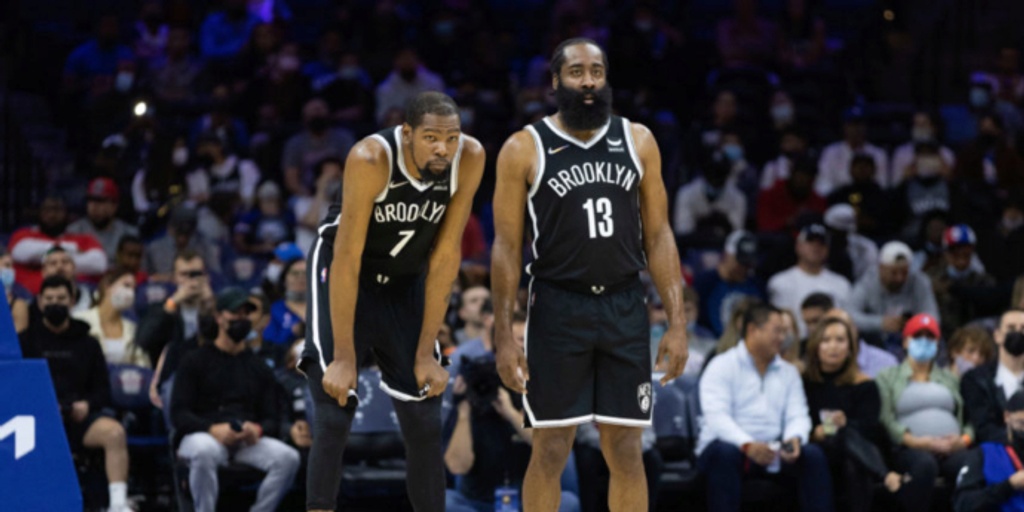 It's a new NBA season, which means the Sour Rankings are back!

Unlike the typical "power rankings" that repeat themselves throughout sports media, Sour Rankings are a bizarro-world counter. These rankings highlight the top-10 most frustrating NBA franchises throughout the season, and they will be updated every week to match the twists and turns of the league.

The central question is ultimately this: How good should you feel about the direction of each franchise? Some teams value wins this season and paths to a title, while others are looking down the road at long-term pieces.

This week is not a "preview" installment; it is rather a barometer of the general vibe around a franchise as things get underway. The NBA preseason is generally filled with optimism; 10 teams make the Sour Rankings, but that doesn't mean they're all in dire straits, as I'll note.

So without further ado, let's get to it!

Given the circumstances, the Wizards had a satisfactory 2021 offseason. They returned three rotation-caliber players from the Russell Westbrook trade with the Los Angeles Lakers, and then went out and found a strong backcourt partner for Bradley Beal in Spencer Dinwiddie.

Washington could be a very solid team on paper with improved depth — but is that enough to make considerable playoff noise in the Eastern Conference? Beal's looming 2022 free-agent status shines a harsh spotlight on the current Wizards. Their star has stuck it out through multiple years of mediocrity. Maybe he'll re-up with the team that drafted him, but Beal would undoubtedly appreciate some serious postseason contention before having to decide.

The injury bug simply will not let go of the Pacers. T.J. Warren still appears to be a ways off from recovering from a foot injury that held him to just four games last season. Caris LeVert will reportedly miss at least the first four games of the regular season as he works to return from a stress fracture in his back. These are two top-scoring options out of the short-term picture.

Indiana largely opted to stay the course in a suddenly crowded East. The Pacers can't afford to fall behind early, and these absences certainly won't help.

Another team hampered by health, this ranking is entirely due to Zion Williamson's injury status. The superstar forward has suffered a sprained knee, torn meniscus and foot fracture in the past years, and is now without a return timetable as he recovers from that foot surgery. Without Williamson, the Pelicans are nowhere near the playoff sleeper they could be — even with a new head coach and some positive roster moves. They need their centerpiece, and his developing pattern of injuries is concerning.

Mikal Bridges on being there for Deandre Ayton after not signing a new contract:

“He’s way more mature with everything. He has great people around him. I try to do the best I can to clear his mind, but it’s tough. .. Being around him every single day, I don’t want to lose that.”

Three hours before writing this, I would not have remotely considered the Suns to be in the Sour Rankings. But the rookie extension deadline has passed without Deandre Ayton securing a long-term deal, the first No. 1 pick since Anthony Bennett not to do so.

Suns general manager James Jones did not negotiate a maximum contract extension with the Bahamian big man, perhaps at the direction of team owner Robert Sarver — but the team did agree to a 4-year, $43 million extension with draft classmate Landry Shamet. As Evan Sidery wrote in regards to Ayton, that's blasphemous, and it could fragment an extremely fun, likable Phoenix squad.

Your 2021 Las Vegas Summer League champs are back to fight the longest postseason drought in the league. The Kings are making strides with their young talent, highlighted by the preseason success of No. 9 overall pick Davion Mitchell, and retained a core piece in Richaun Holmes.

But does it feel like Sacramento is any closer to the playoffs? Buddy Hield was all-but-traded to the Lakers, and his future is now uncertain as the Kings see if a De'Aaron Fox-Tyrese-Haliburton-Mitchell lineup has potential. What about 2018 No. 2 overall pick Marvin Bagley III, who was not extended at Monday's deadline? He's as big of a question mark as one can exist among young prospects league-wide.

There's definitely reason for optimism with the Timberwolves. Anthony Edwards had a phenomenal second half to the 2020-21 season and an overall stellar rookie year. Karl-Anthony Towns can be rid of the awful, awful year-plus he has endured personally. D'Angelo Russell and Malik Beasley can get buckets, Jaden McDaniels and Jarred Vanderbilt are intriguing defensive pieces and Chris Finch had a summer to prep for all of this as head coach.

But the Gersson Rosas firing and fallout feels all too Timberwolves-y. It's yet another reset for Towns, who was vocally frustrated at training camp. Is the front office in position to guide the team with the season about to start?

Larry Nance Jr.'s acquisition partially salvaged what was a wildly terrible offseason in Portland between the Chauncey Billups hiring and the Damian Lillard trade rumors. It appears Lillard is content to stick with the Blazers this season and see how the team operates under its first-year head coach. That's admirable, but it also means the entire season will be laced with tension.

Portland should run back a fun, high-scoring offense. Will the defense improve with Nance in the frontcourt? That's the big question. If not, the Blazers will return to playoff mediocrity and potentially push Lillard closer to the exit door.

The Mavericks were one of my picks for the worst NBA offseason (Jackson Frank also picked them), and nothing in recent weeks has made me feel any better. Mark me down as adamantly opposed to the Jason Kidd hiring. Reggie Bullock is a fine individual player; he is not going to dramatically alter things on the offensive end. Plus, Dallas recently released 2020 draft pick Tyrell Terry, and we haven't seen much of 2020 first-rounder Josh Green. Where does the optimism come from outside of Luka Doncic?

I'm not going to get deep into the Kyrie Irving situation from a public health perspective, celebrity responsibility perspective or general common sense perspective. I don't have anything major to add to those discussions, other than to reinforce that Irving is carelessly and dangerously misusing his power as a public figure.

This section is about the Nets, who are paying the price for Irving's choices. The NBA title should have traveled through Brooklyn and its Big Three, and the Nets are still an elite basketball team with improved depth. But, remove an All-NBA-caliber player and the ceiling significantly lowers. Instead of being the overwhelming favorite, the Nets have become just another contender.

Ben Simmons has given us the Hollywood trade drama we had missed since, well, last winter. Simmons was tossed out of practice and suspended Tuesday, so the months-long firestorm appears to still be getting hotter. But while that's a win for NBA/TMZ crossover fans, it's a serious loss for the 76ers, who now have to take this show into the regular season.

Joel Embiid has never played more than 64 games in a season, and is coming off of two shortened offseasons sandwiching an East Finals run. That should cause concern. The backcourt is fun, but nowhere near close to replicating Simmons' impact. Maybe Simmons actually does suit up in games — will he bring a positive on-court presence to a team that has publicly denounced his game?

Until Philly finally makes a trade — and who knows when it could happen — the Sixers' season could range from awkward to disastrous.