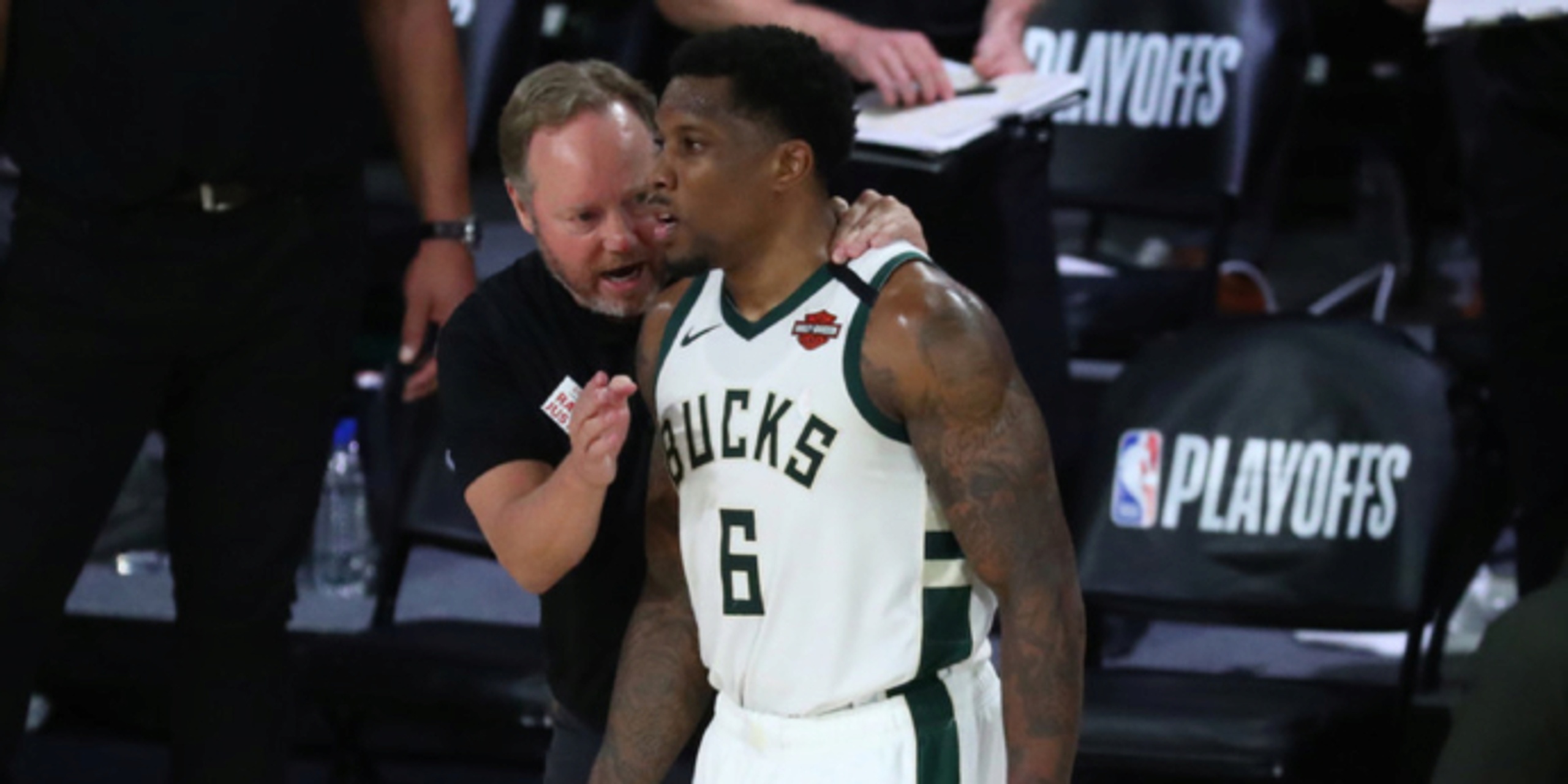 Rival executives expect the Bucks to prioritize acquiring a playmaker and more shooting in the offseason to retool the roster around Antetokounmpo.

Bucks guard Eric Bledsoe is under contract for multiple seasons and had another standout season by earning All-Defensive team honors, but he is expected to become a potential trade candidate, sources told The Athletic.

As for head coach Mike Budenholzer, he is safe, according to sources. This much is certain, though: Across the Bucks‘ leadership group, there’s an understanding everyone must learn from this season and be better. They need to continue building a winning mentality, stocking the roster with key decision-makers.

ANALYSIS: You can't knock what Bledsoe has done on defense, as he's been solid as a rock and a tough matchup. But considering how Bledsoe's last two postseasons have gone offensively, it's not a surprise that Milwaukee would look elsewhere for a better option. He's not fit as a shooter around Giannis, plus he's a player that likes to drive inside and look for contact -- not somebody who spreads the floor that can hurt you from deep too often.

As for Coach Bud, this could ultimately be his last shot at winning the big one with Giannis. He's proven that he can get the job done in the regular season, but the playoff track record is certainly starting to work against him.