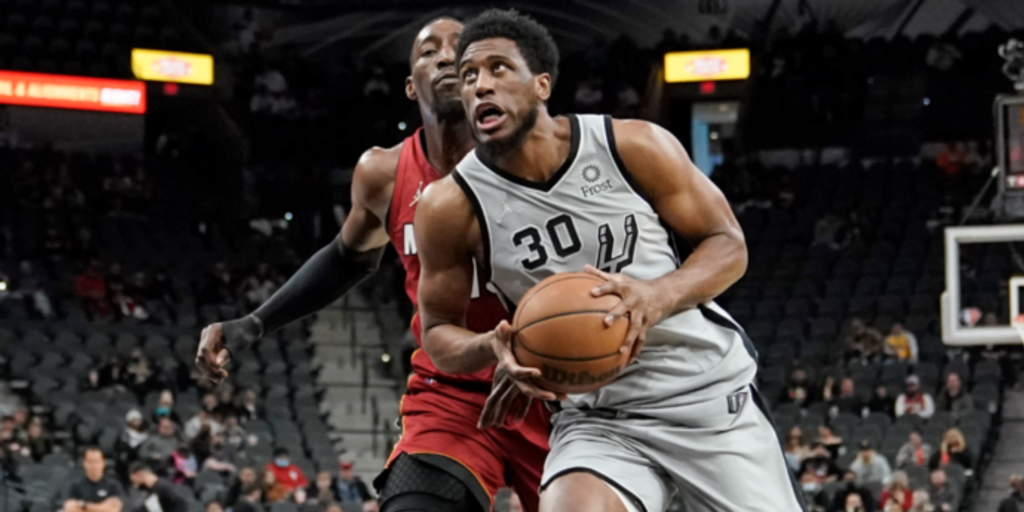 NBA Roundtable: Which under-the-radar trade is your favorite?

With the NBA trade deadline over and done with, the BasketballNews.com staff wants to share our thoughts on the moves that went down. Since Nekias Duncan thoroughly graded each and every trade from the past week, we wanted the rest of our team to react to the results of the ever-so-eventful week.

Our writers have discussed their winners and losers of the trade deadline. Now, in our latest Roundtable, we asked our writers the following question:

Which under-the-radar move from the NBA trade deadline is your favorite?

Alex Kennedy: Leading up to the trade deadline, I was really hoping that the Detroit Pistons would acquire Marvin Bagley III from the Sacramento Kings, because he seemed like the perfect buy-low addition for them. Bagley fits with Detroit's young core and this is the kind of low-risk, high-reward trade that I love. Bagley needed a change of scenery, and the Pistons only had to give up Josh Jackson, Trey Lyles and two future second-round picks to take a flier on the No. 2 overall pick in the 2018 NBA Draft.

Spencer Davies: It feels like Serge Ibaka to the Milwaukee Bucks could really pan out if the big man finds the footing he had last season prior to that untimely back injury. He’s knocking down 38.7% of his triples, so he’ll be able to stretch the floor. Defensively, he doesn’t have quite the same lift as he did before, but he’s a big body to get through on the interior. We should all remember that Ibaka is somehow still only 32 years old. Let’s just hope he stays on the floor this time around and gets to play in the postseason. I’m also a huge fan of what the Detroit Pistons did to snatch-up Marvin Bagley III. It wasn’t that long ago that the young forward was making waves across the prospect world. It seemed he was stuck in purgatory in Sacramento, with no organizational continuity and different head coach after different head coach. Bagley is 22… Twenty-two. The Pistons acquired a potential long-term fit for free, essentially, next to Cade Cunningham. Treat it like a free draft pick.

Ethan Fuller: While the Celtics were one of my trade deadline winners, I do also really like the Derrick White trade from the Spurs' perspective. White was a questionable fit on the timeline of a San Antonio team loaded with young guards. The Spurs received a first-round pick this summer for the rebuild and a first-round swap for 2028, which is always a good gamble. Romeo Langford is another interesting flier for them to take. Add in the first-round pick from Toronto in the Thad Young trade, and San Antonio has seriously started a stockpile of potential young talent without giving up major pieces.

Moke Hamilton: It’s hard to not be thrilled with the Los Angeles Clippers finding a way to walk away from the deadline with Norman Powell and Robert Covington. Assuming Paul George and Kawhi Leonard eventually return to form, they’ll have an excellent two-way supporting cast that will have them considered among the NBA's favorites. As far as this season is concerned, I like the Bucks’ acquisition of Serge Ibaka. Serge is still trying to find himself after undergoing back surgery, but he’s been showing signs lately. Bobby Portis has emerged as a starting-caliber center and Serge will give Milwaukee a very similar skill set coming off their bench. At this point, we don’t know if Brook Lopez will be able to return to form, so Serge provides insurance in that regard as well.

Bryan Fonseca: Thaddeus Young to the Raptors. It'll be fun to watch him play regularly again, and he fits right into what Toronto does. They'll be even scrappier, somehow, and could win a playoff series against the right team.

Evan Sidery: Phoenix reuniting with Torrey Craig was an underrated move on Thursday. Trading Jalen Smith, an unproven lottery pick who didn't pan out, plus their 2022 second-round pick to Indiana for Craig helps fill an immediate concern. The Suns will rely upon Craig’s versatility as they try to go on another deep playoff run. JaVale McGee and Craig will bring havoc in the Suns' second unit, but another dimension is more small-ball possibilities. The Suns' second unit looks incredible on paper: Cameron Payne, Landry Shamet, Cameron Johnson, Torrey Craig and JaVale McGee. Phoenix can be so multiple now with their lineups — always a plus for a championship-chasing team.

Mat Issa: I think the Raptors came away like bandits snagging Thad Young for virtually nothing. He’s always had a really additive and versatile skill set that has allowed him to morph himself into whatever role the team he plays on needs (energy guy, post scorer, playmaking hub, etc.) In Toronto, he’ll provide some much-needed playmaking (he’s probably already one of the five best passers on the roster) and add some more size to the mix.

Mark Schindler: I loved the Pistons adding Marvin Bagley III. They've truly lacked a real vertical threat around the rim on offense, and he adds that dynamic alongside Cade Cunnigham. He's made subtle improvements in his game this season — a change of environment could really be a boon for his further development.

Justin Lewis: Torrey Craig to Phoenix was nice. I was personally hoping that Memphis would snag him. The Suns look like the odds-on favorite to win it all, taking for granted the team's health. Adding Craig and Aaron Holiday to the mix just adds to their roster depth without messing with any of the chemistry.