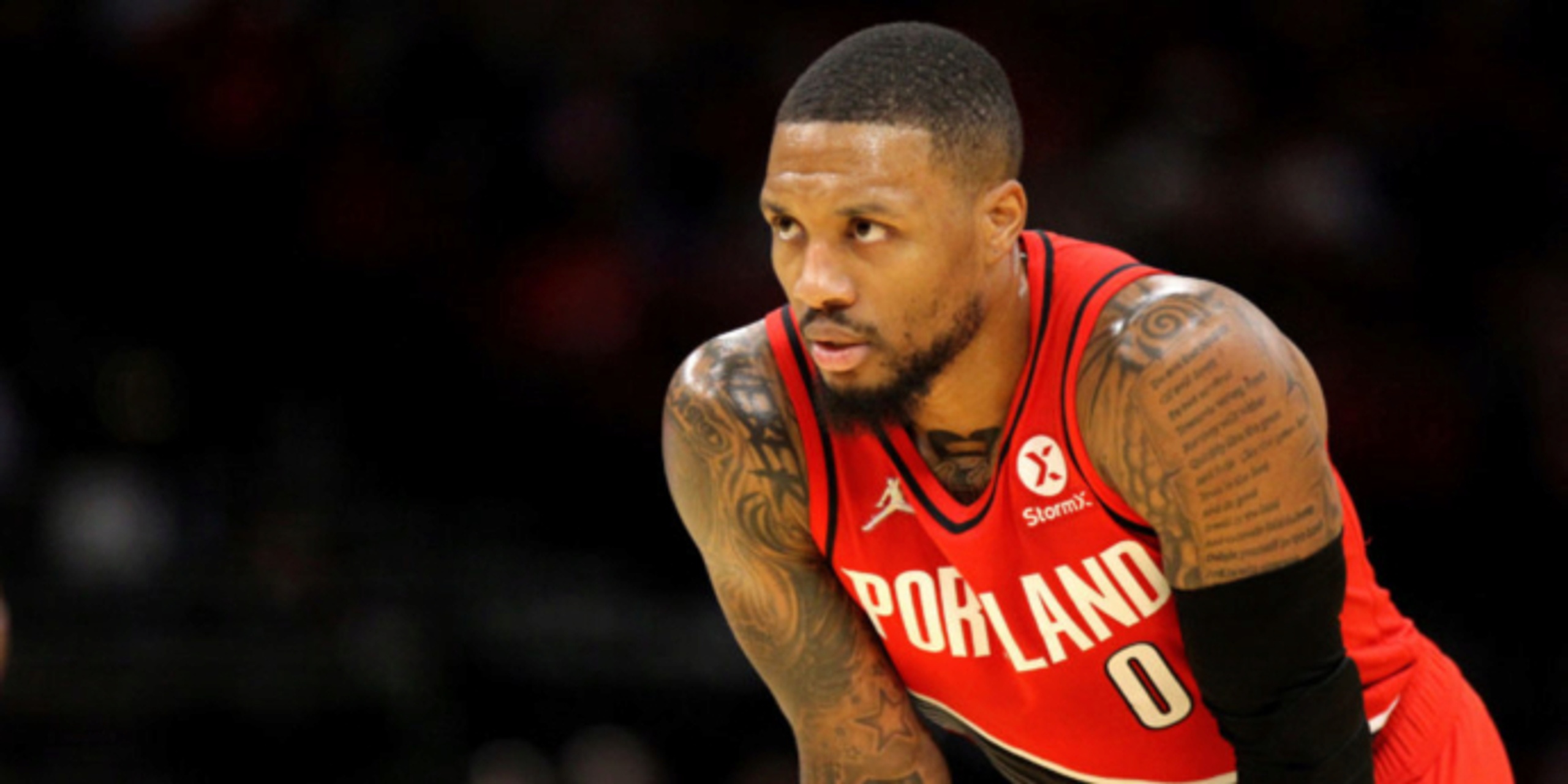 NBA Roundtable: Which player will shake off a slow start?

We are nearly one month into the 2021-22 NBA season, and the standings are beginning to take shape. There have been a number of standout performances from well-known stars, a stacked rookie class and a handful of breakout players making a leap.

However, there are more All-Stars than usual who haven't been performing up to the ridiculously high standards that they've set for themselves over the course of their respective careers. It's been a bit of an unusual occurrence, but chances are that those talents will find their way eventually.

Which player will shake off a slow start?

Alex Kennedy: Damian Lillard hasn't looked like himself this season, averaging 20.3 points per game (his lowest scoring average since his rookie season). However, I’m not too concerned about the six-time All-Star. It's clear that he's adjusting to the NBA's rule changes — and attempting a career-low 3.2 free throws per game has certainly affected him — but he’s also missing the kinds of shots that he always makes. Lillard has acknowledged that he’s in a strange shooting slump, as he’s currently shooting 38.7% from the field and 27.9% from three-point range. Lillard has had slumps before and they've never lasted very long. Knowing Dame, he’ll probably hang 50 points on someone within the next week.

Nekias Duncan: I think people are sleeping on the offensive season Donovan Mitchell is having, mostly because the three-ball isn't falling for him yet. He's converting a career-high 54.8% of his twos behind a 69% mark inside of three feet. He's essentially traded mid-range shots for triples, but they're only falling at a 32% clip. He has a pull-up heavy diet, but his catch-shoot numbers are uncharacteristically low. After converting north of 40% of his catch-and-shoot threes in every season of his career, he's down to 31% so far this year. That's going to course-correct.

Spencer Davies: Since the Washington Wizards are doing it with defense this season and hold the top seed in the Eastern Conference, nobody's really noticed that Bradley Beal is mired in a ghastly shooting slump. He's currently only made 40.7% of his attempts, and is converting on a career-low 25% from long distance. Digging deeper into the early returns, he's had the most success on pull-up mid-rangers (42.6%). But when you look at the catch-shoot stats, Beal is converting barely over 20% of his triple tries. Luckily for the Wizards, the team isn't entirely dependent on him having to be a scoring champion in order to compete. Plus, he has upped his playmaking alongside Spencer Dinwiddie to get others involved. At some point, Beal is going to get it going, and if Washington keeps pressing on as it has, the East will have an even bigger problem to deal with.

Ethan Fuller: Jayson Tatum is shooting just 54.5% within three feet of the basket and 31.6% from long range. Both are extremely low numbers, and Tatum has developed a track record as one of the most efficient wing scorers in the entire league. I expect him to find his touch as the Celtics try to get him easier attempts. Both of those numbers should fly back up.

Moke Hamilton: James Harden would seem to be a safe bet. Aside from the drubbing at home vs. the Warriors on Tuesday, the Nets have been looking pretty good lately, so it’s easy to overlook Harden’s futility. But he is averaging just 19.8 points per game — his lowest output since he wore a Thunder uniform. He’s also shooting just over 42% from the field, which is his worst mark since his rookie season. In the long run, though, I think he’ll be just fine.

Evan Sidery: It feels like the easy answer here is Damian Lillard. He’s having a rough adjustment to the new Wilson ball right now, but you have to imagine he’ll be consistently back to his All-NBA level in short order. Once that happens, Portland should jump up another tier in the Western Conference playoff race.

Blake Hairston: Damian Lillard. I'm a big fan of Lillard's game, and 20.3 points per game and 27.9% from beyond the arc isn't the Dame we know. I'm not sure if it's the new ball or new rules, but it feels like it's only a matter of time until we see a streak of big scoring games from Lillard.

Alexander Cohen: The Dallas Mavericks sit at 9-4 thanks to the heroics of Luka Dončić — or so you'd think. The Mavericks are a team-worst staggering 27.4 points per 100 possessions worse with Luka on the court according to Cleaning The Glass. While that may oversell how poorly he's played, the young star is having the least efficient season of his career, averaging "just" 24.9 points just a 52% True Shooting percentage after 28 points per game on 59% his his prior two terrific seasons. It won't last, though. Dončić is a generational talent, and not even Jason Kidd can stop him. With a 32-point triple double against the Spurs a couple nights ago, it seems he's already on-track to put his poor play behind him. Of course, he'll have to kick a recently-suffered left ankle injury first.

Drew Maresca: Damian Lillard is posting more-than-respectable numbers so far. But they’re not Lillard-esque. He’s connecting on only 27% on his three-point attempts; Lillard’s lowest three-point percentage for an entire season is 34.3%, followed by 36.1%. He’s also connecting on a career low percent of attempts from three-10 feet (25%), while posting the third-worst field goal percentage of his career at the rim (54.7%). What’re more, Dame is attempting a career-low 3.4 free throws per game, down from 7.2 last season. But Lillard is a proven commodity. He’s playing under a new coach (Chauncey Billups), and under a tweaked officiating style that allows for more defensive intensity. Lillard is too young (31) to experience this type of a precipitous drop. And he’s too good to keep playing like this. He’ll snap back into form in due time.

Jesse Blancarte: James Harden. The NBA’s new rules regarding fouls have impacted Harden’s production early this season, but I expect he will adjust his game and get back on track. Harden may never get to the free-throw line as easily as he used to, but he is too gifted offensively to let that derail his offensive production.