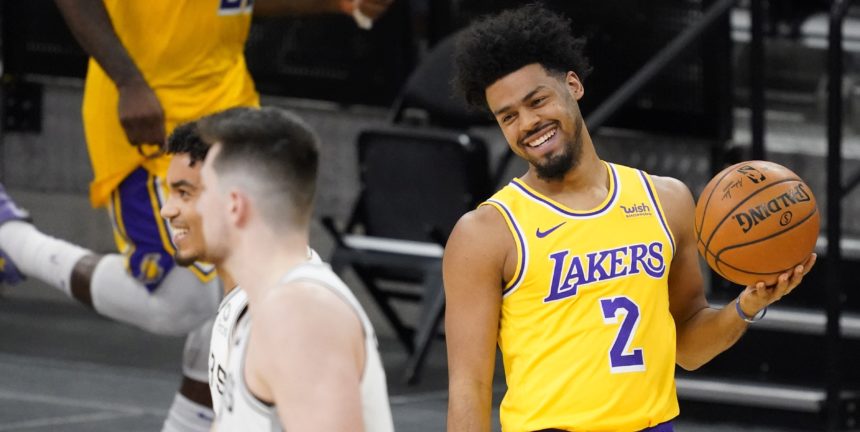 The Los Angeles Lakers are waiving guard Quinn Cook, sources tell The Athletic and Stadium. Teams are expected to express interest in Cook, who has served as a reliable guard and locker room voice for two title teams in LA and Golden State.

ANALYSIS: This is somewhat surprising since Cook is close with LeBron James and Anthony Davis among others on the team, but Charania explained that the Lakers made this move so they can pursue bought-out players who become available.

"The Lakers valued Cook, but because of their hard-cap status, this gives the franchise flexibility to play the buyout market," Charania tweeted. "They will be a compelling destination for perspective buyout players."

As always, the Lakers will be an attractive destination for bought-out players since they are in Los Angeles, are constantly on national TV, and are widely regarded as the favorites to win this year's championship.

Last year, Los Angeles was able to add a key contributor through the buyout market, inking Markieff Morris after he was let go by the Detroit Pistons. There have already been rumors linking the Lakers to Trevor Ariza (if he's bought out by the Oklahoma City Thunder) and DeMarcus Cousins (if he's let go by the Houston Rockets).

Cook is expected to be added by another team. Over the course of his 5-year career, Cook has averaged 6.4 points per game on 40.7% shooting from three. This year, he has averaged 2.1 points in just 3.9 minutes per game (while shooting 46.2% from the field and 38.5% from three-point range).

Alex Caruso to undergo surgery on wrist after flagrant foul from Grayson Allen
yesterday
MORE:
NBA News

The state of the Bucks: What's wrong and where do they go from here?
Mavericks have 'quietly gauged the trade market' for Kristaps Porzingis?
