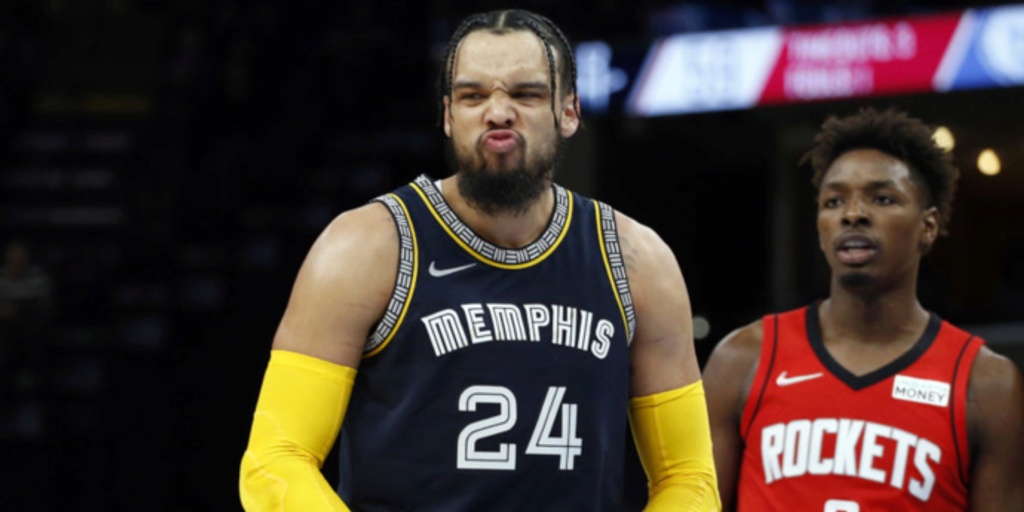 Golden State and Phoenix split a pair of highly anticipated games last week, while the Bucks and Bulls continue to climb up the rankings.

The Warriors were beaten by the Phoenix Suns last Tuesday, but bounced back and beat them in a rematch on Friday. Of note: Steph Curry is currently just 15 three-pointers away from tying Ray Allen as the NBA's all-time leader in made triples. Before embarking on a five-game road trip, the Warriors have one more home game: Wednesday vs. Portland. When asked if Curry could tie/break the record on Wednesday, coach Steve Kerr said it "absolutely" could happen. "He's Steph Curry, so anything's possible." Here's to hoping Kerr and the Warriors let Steph make a real run at the record by allowing him to attempt 25+ treys.

Since the week of Halloween, the Suns have lost just once (the aforementioned defeat to the Warriors), compiling an absurd 19-1 record in their past 20 contests. Devin Booker strained his left hamstring in Phoenix's first matchup vs. Golden State and has missed each of his team's past three games.

Giannis Antetokounmpo returned to action on Monday after missing two games due to a sore right calf, and scored 27 points on his 27th birthday to help lead the Bucks to another victory over the Cleveland Cavaliers. Giannis is the only player in NBA history to tally at least 12,000 points, 5,000 rebounds and 2,000 assists before turning 27. It's scary to think he is just now entering the heart of his prime.

On Monday afternoon, the Bulls learned that the team's leading scorer, DeMar DeRozan, would be forced out of actoin due to the NBA's health and safety protocols. Chicago is also without Alex Caruso, who is expected to miss at least a week due to a strained right hamstring suffered in Saturday's win at Brooklyn. However, the Bulls still found a way to beat the Nuggets on Monday night, notching their fourth consecutive victory. Ayo Dosunmu made his first career start in place of DeRozan and tallied 11 points, 8 assists and 6 rebounds.

The Nets have beaten up on lesser teams all season, posting a perfect 10-0 record against opponents with sub-.500 records. However, Brooklyn is 0-5 in the five games it has played against the top two teams in the West (Suns, Warriors) and the other two teams in the top three of the Eastern Conference (Bucks, Bulls).

The league announced Monday that Donovan Mitchell earned Western Conference Player of the Week honors. Over three contests, he averaged 33.0 points while shooting 57.1% from the floor — including 43.3% from downtown, and 93.3% from the charity stripe — to go along with 5.7 assists and 1.7 steals to lead the Jazz to victories in each.

🔔 @JoelEmbiid joins Giannis Antetokounmpo and Charles Barkley as the only players in the last 40 years with 40+ points, 15+ rebounds and 5+ assists at least 75% shooting!

It took a Herculean effort from Joel Embiid (a season-high 43 points to go along with 15 rebounds and 7 assists), but Philadelphia was able to go on the road and beat the shorthanded Charlotte Hornets on Monday. In the process, the Sixers secured back-to-back wins for the first time in more than a month.

On Monday, Jimmy Butler returned to the lineup after missing four games due to a tailbone contusion. Unfortunately, he couldn't finish the contest, as he re-injured his back after a hard fall. Butler "drew contact and got shoved and landed on his tailbone," Heat coach Erik Spoelstra said after the game. "There could not have been a worst scenario for us to start the game. It is a contact sport. It's an unpredictable thing... But he definitely reaggravated it. You can tell from that point on he was not his usual self. So we'll reevaluate him (Tuesday) and see where we are."

Despite missing five players — including starters Lamelo Ball, Terry Rozier and Mason Plumlee, due to NBA health and safety protocols — the Hornets beat the Atlanta Hawks on Sunday and nearly knocked off the Sixers and the second night of a back-to-back Monday. After pouring in 28 points vs. Atlanta, Kelly Oubre Jr. racked up 35 points (on 13 of 24 shooting), 5 rebounds, 4 steals, 3 assists, and made six treys in the Hornets' 127-124 overtime loss to the 76ers.

The Wiz exceeded expectations early this season, winning 10 of their first 13 games. However, after falling to the Indiana Pacers on Monday night, Washington has lost three in a row and 4 of its last 5. (In fact, the Wizards are just 3-6 in the nine games they've played since Kyle Kuzma made an interesting fashion choice. Could it be the curse of the oversized pink sweater?!?!)

The C's have won 3 of their last 4, but are entering a brutal stretch of their schedule. They play a back-to-back against the Los Angeles Clippers and Lakers in L.A. on Tuesday and Wednesday, then travel to Phoenix on Friday to wrap up a five-game road trip. Boston then returns home, but has to take on the Bucks and Warriors in the team's first games back in Beantown.

The Clippers had lost 4 of 5 before beating up on an undermanned Portland Trail Blazers squad Monday night. Encouragingly for Los Angeles, Marcus Morris is healthy and seems to be finding his rhythm. Morris is averaging 19.7 points and 4.3 treys while shooting 56.8% from the floor and 56.5% from downtown over his last three games.

Dillon Brooks with the slickest of his career high-tying 8 assists, setting up Desmond Bane for the late slam in the @memgrizz 5th straight W! pic.twitter.com/H8waWUWIrr

The Grizz have won five in a row, and I'm not sure what's more impressive: The fact that they've won all five games without Ja Morant (who is sidelined by a left knee injury), or the fact that Memphis has not trailed, even for a second, at any time during this five-game run!

The Hawks had lost 3 of 4 and were missing Bogdan Bogdanovic, Cam Reddish and Solomon Hill on Monday, but still found a way to push past the Minnesota Timberwolves. Trae Young scored 29 points despite shooting just 7 of 18 from the floor, as he was able to knock down 11 of his 13 free throws. After averaging 5.3 free-throw attempts per game over the Hawks' first 15 contests this season, Young is now averaging 7.0 attempts over his past 10 games.

The Cavs had won four in a row before falling to the Jazz and Bucks in a torturous back-to-back set on Monday and Tuesday. Jarrett Allen has been a beast since returning to action in late November. Over his last eight games, Allen is averaging 22.6 points, 11.8 boards and 1.9 blocks while shooting 73% (!!) from the floor and 78% from the free-throw line.

The Mavs have lost 4 of their last 5, and 7 of their previous 9 contests. In Saturday's loss to the Grizzlies, they were forced to play without both Luka Doncic (left ankle) and Kristaps Porzingis (left knee contusion). Fortunately for Dallas, Porzingis said he expects to play Tuesday night against Brooklyn, and both Doncic and Tim Hardaway Jr. (right knee contusion) have been upgraded to probable for Tuesday's matchup vs. the Nets.

The Lakers host the Celtics on Tuesday, but then play 5 of their next 6 games on the road. Head coach Frank Vogel did say Monday that Trevor Ariza was able to participate in live-action practice for the first time since he underwent ankle surgery back in October, indicating Ariza's rehab is progressing in the right direction.

In their last 10 games, the Nuggets are just 2-8, but those defeats certainly can't be pinned on Nikola Jokic. Denver went 0-4 in the four games Jokic missed due to injury, and in the six games he's played in, Joker is averaging 26.0 points, 13.2 rebounds and 7.8 dimes. On Monday, he notched his 60th career triple-double, passing Larry Bird for eighth place on the all-time career list.

Karl-Anthony Towns (tailbone contusion) returned to the lineup Monday night and chipped in 31 points and 16 rebounds, but KAT couldn't prevent Minnesota from losing its third straight game. The Wolves host the Jazz on Wednesday.

The Raps have won two games in a row and are finally showing some improvement on the defensive end. Toronto has held three consecutive opponents below 100 points for the first time all season.

The Blazers were forced to play without Damian Lillard (abdomen injury), backup point guard Anfernee Simons (sprained right ankle) and CJ McCollum (rib contusion) Monday, and unsurprisingly fell to the Clippers. On Monday morning, The Athletic reported: "In recent weeks, sources say Lillard has grown frustrated with the team's play and tension appears to be on the rise between the players and Billups."

The Pacers secured a desperately needed victory Monday night over the Wizards. Indiana had lost four straight before Domantas Sabonis (30 points, 10 rebounds, 6 assists and 3 steals) put the team on his back to lead them past the Wiz. Indy will look to maintain the positive momentum going Wednesday when they host the Knicks. It should be mentioned that the team is also mulling significant long-term changes despite its latest win, per The Athletic.

The Kings beat the Clippers twice last week to improve to 4-3 in seven games under Alvin Gentry, despite playing without Harrison Barnes (right foot sprain) in each of their past five contests. Terence Davis stepped up in the two wins over L.A., tallying a combined total of 51 points on 18 of 30 shooting, including 11 of 20 from behind the arc.

The Spurs had their four-game winning streak snapped by the red-hot Suns on Monday night. San Antonio will look to get back on track on Tuesday when they begin a five-game homestand by hosting the Knicks.

Yes, the league's longest winning streak (six games) belongs to the Rockets, just as we all predicted before Thanksgiving — when Houston was riding a 15-game losing skid. After four straight wins against teams at least 10 games below .500, the Rockets get a much tougher test this week. They play the East-leading Nets Wednesday and the world-champion Bucks on Friday.

The Thunder had lost eight straight before overcoming a 12-point deficit in the fourth quarter to beat the Detroit Pistons on the road Monday night. Shai Gilgeous-Alexander led the way for OKC, pouring in 30 points and dishing out a career-high 13 assists, while Luguentz Dort scored 28 points, including five made three-pointers.

The Pels' record is still awful, but it seems they are headed in the right direction. New Orleans is 4-3 over their last seven games, with all four of those victories coming against teams at or above .500. Brandon Ingram was a beast last week, averaging 30.0 points, 5.5 rebounds, 5.8 assists and 2.0 made treys over a four-game stretch.

The Pistons have lost nine in a row, but after a slow start to the season, Cade Cunningham is establishing himself as a Rookie of the Year favorite. Over Detroit's past three games, Cade is averaging 24.3 points, 6.7 rebounds, 3.7 assists, 1.3 steals, 1.3 blocks and 4.7 made treys while shooting 55.8% from the floor and 60.9% from downtown.