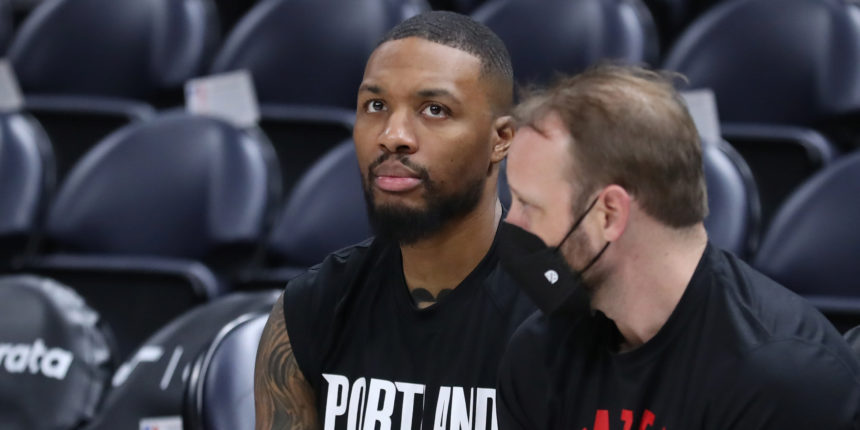 ESPN's Adrian Wojnarowski wrote an in-depth report that highlighted the Portland Trail Blazers' general manager search and Damian Lillard's potential future with the franchise. Importantly, Wojnarowski reports that Lillard is seeking a massive contract extension when he is eligible for it this summer.

"Lillard wants a two-year, $107 million extension in July, and he and his agent need the next general manager to sell ownership on the idea.

...Among several top-level GM candidates who fit the profile of Portland's applicant pool, there's no enthusiasm to grant Lillard his massive extension contract through the 2026-27 season. In fact, several executives told ESPN they would be far more interested in the Blazers job with ownership's blessing to move Lillard sooner than later," Wojnarowski wrote.

Lillard's desired extension would tack onto his current contract that runs through 2024-25 and would pay him up to $55.3 million in 2027. But as Wojnarowski writes, Lillard would be 36 at that point and well into the twilight of his career. Still, Wojnarowski writes:

"Now, Lillard's group is privately selling the idea of trading his veteran teammates with value and rebuilding around him -- on that extension."

The article also reports that the Philadelphia 76ers made an unspecified trade offer for Damian Lillard, while the New York Knicks have not sent any offer to Portland. It adds that three anonymous teams are waiting for a hopeful offseason trade demand before starting trade conversations with the Trail Blazers. Lastly, it appears that Lillard's star power won't sway who becomes the next general manager of the franchise.

"Some candidates initially believed that Lillard's reps would have input with ownership on the next GM, but that has faded quickly," Wojnarowski writes.

Dorian Finney-Smith Q&A: 'This is the closest Mavs team I've been on'
43 min