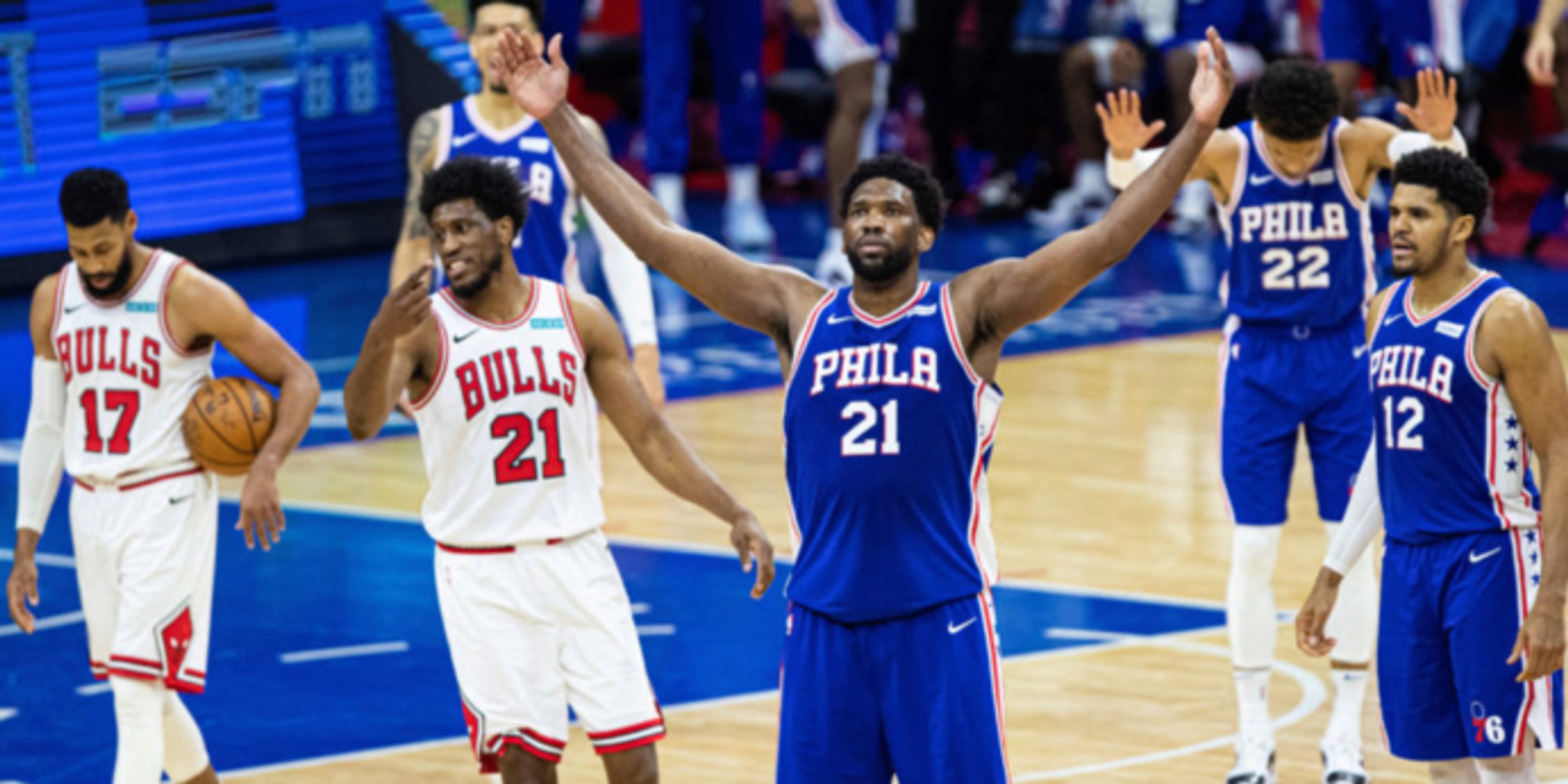 Joel Embiid set new milestones in Philadelphia on Friday night. In a 112-105 win over the Chicago Bulls, the star center dropped a career-high 50 points, along with 17 rebounds, five assists and four blocks.

Embiid became the first Sixer since Wilt Chamberlain to post a 50-point, 15-board, 5-assist line, and only the seventh in franchise history to reach the 50-mark.

The entire team knows what a special player Embiid is.

"I'll tell my kids one day I played with Joel Embiid," Tobias Harris said. "When they'll ask me who is the best player I ever played with, I'll say Joel Embiid. It's an honor to be out there with him on the floor."

"It just feels like the game has slowed down for me," Embiid said. "I'll say the only difference this year from last year is not so much about coaching; it's more about me being willing to just dominate every single minute I'm on the floor. Last year, I was going through a rough time; it was just not there. And then also the moves that [new Sixers president of basketball operations Daryl Morey] made, adding all that shooting, is also helping a lot."

Embiid has led Philly to the best record in the East, sitting at 20-10 this season. He's putting up a whopping 30.5 points and 11.0 rebounds while shooting 40 percent from downtown.