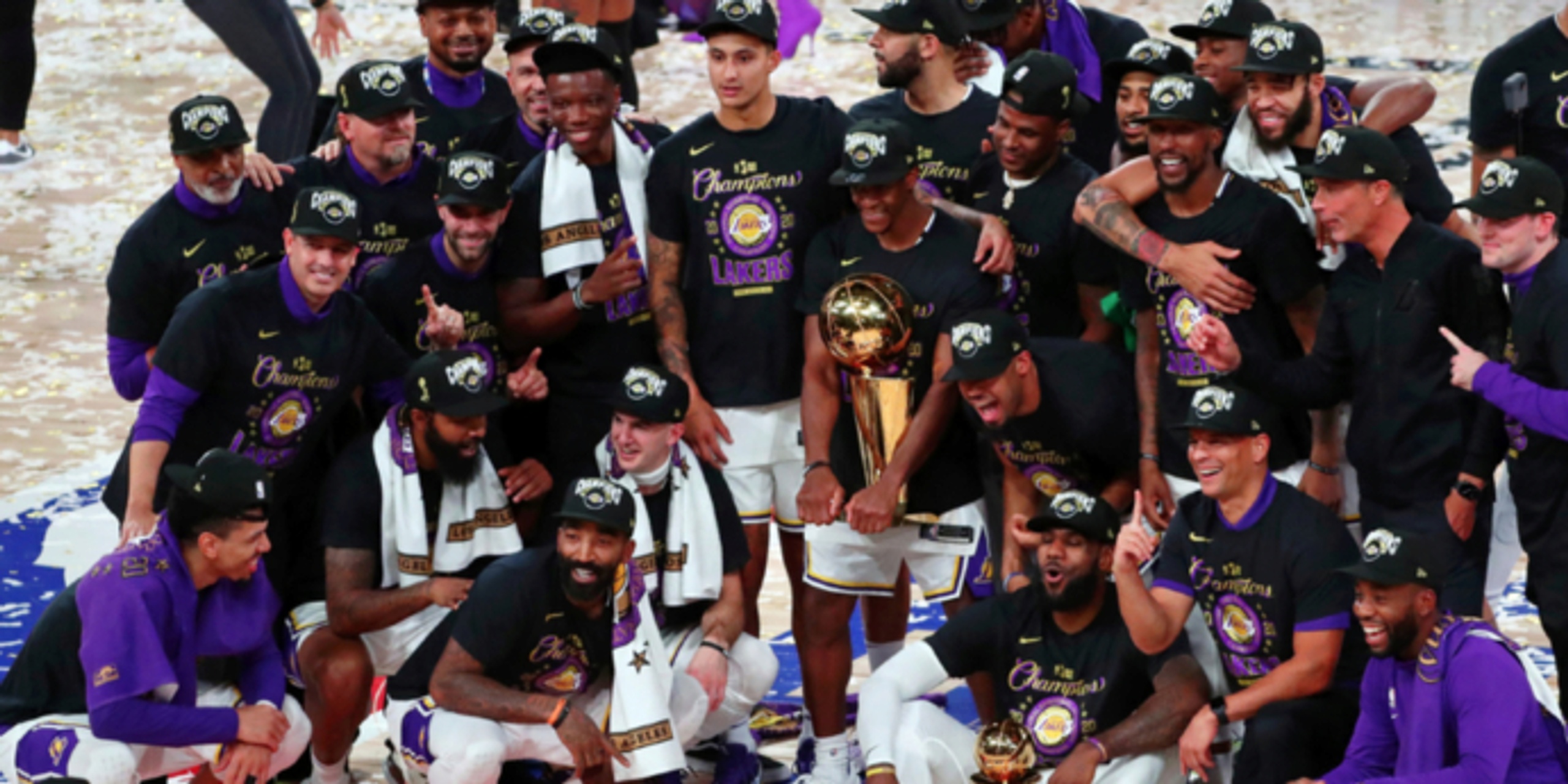 Lakers open up as early favorites for 2021

The Lakers, who finished off the Miami Heat on Sunday to win the franchise's 17th NBA championship, are listed at the favorites at +375 to win next season's title at William Hill U.S. sportsbooks. The LA Clippers are next at +400, followed by the Milwaukee Bucks at +550 and Golden State Warriors at +800.

ANALYSIS: LeBron vowed to bring the Lakers franchise back to where it belongs when he signed as a free agent in 2018. After a disappointing first year with the Lakers that was bombarded by injuries, James took this year personally as many had written him off. Add in a blockbuster trade for Anthony Davis and the Lakers have gone from missing the playoffs in 2019 to being crowned NBA champions in 2020.

The Lakers will open as early favorites for the 2020-21 season, as Rob Pelinka and the rest of the front office will focus on bringing back the same guys that got them here. In what will go down as one of the most chaotic finishes to a sports season in history, the Lakers have endured it all, and will now depart the bubble and return to their families as champs.