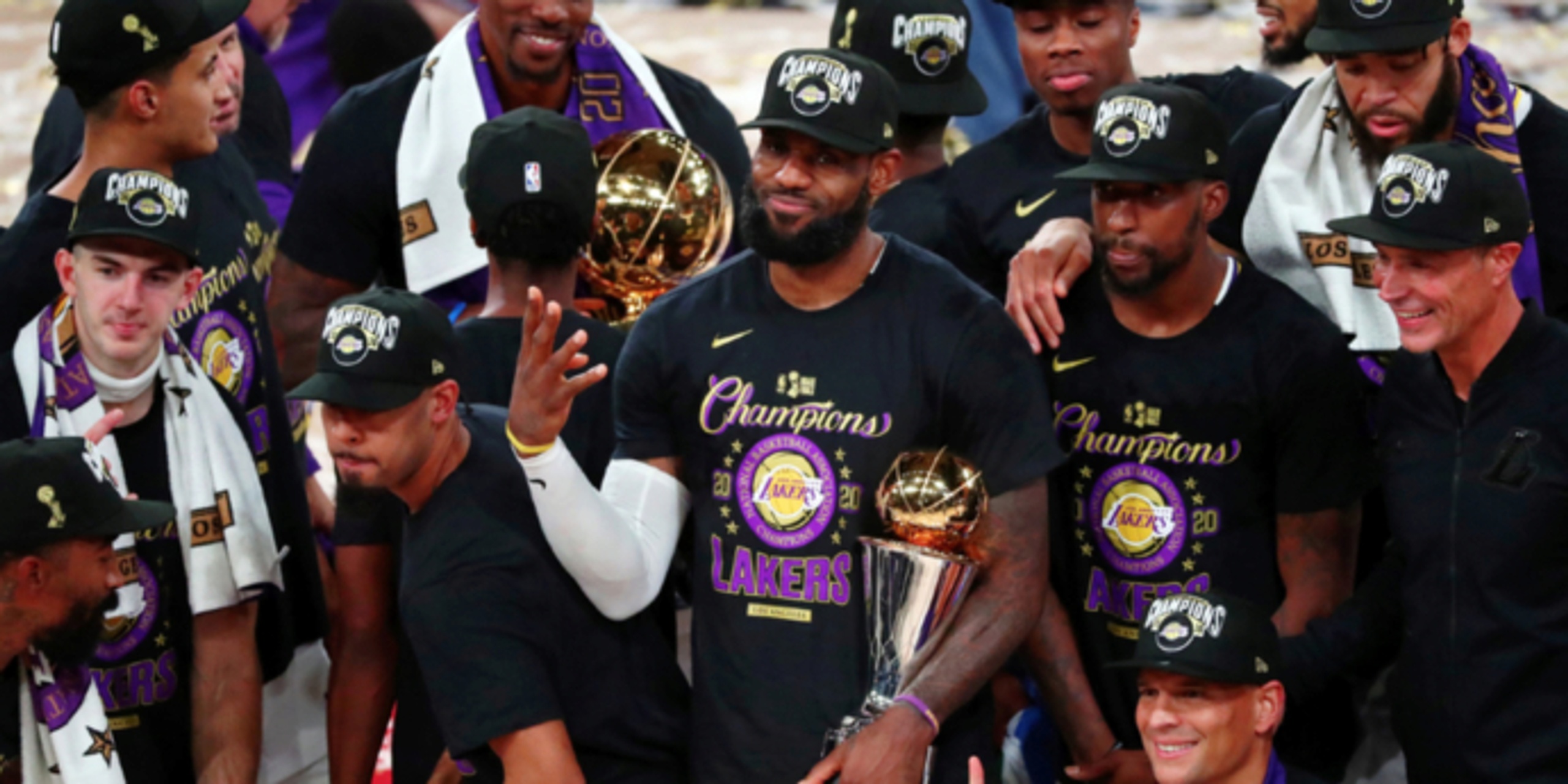 LeBron James was named the 2020 Finals MVP for leading the Los Angeles Lakers to their first championship in a decade and winning the fourth title of his career, with a 106-93 victory over the Miami Heat in Game 6 of the NBA Finals on Sunday night.

Winning his fourth Finals MVP award moves him out of a tie with Magic Johnson, Tim Duncan and Shaquille O'Neal and into second all time -- trailing only Jordan, who won the award six times.

ANALYSIS: As LeBron continues to challenge MJ for the GOAT title, he helped his case significantly tonight by securing his fourth title and fourth Finals MVP award. James has consistently said that chasing the greatness of MJ is what keeps him motivated, even at 35 years old.

James is now just two Finals MVPs shy of tying Jordan, who has won the award six times. This is an incredible achievement for LeBron and a testament to the work he puts in on a daily basis.