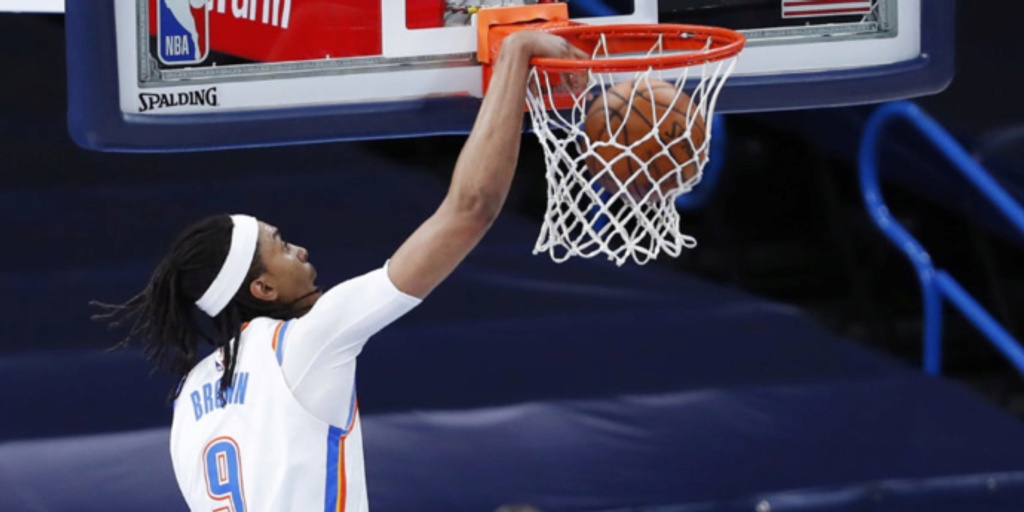 The Thunder made the announcements in releases on Sunday.

Brown, a 7-foot-1 center who is in his second year, has emerged this month. In Saturday's game against Boston, he had a career-high 21 points and tied a Thunder record with 23 rebounds. In his last nine games, he’s averaging 12.4 points and 12.3 rebounds while shooting 61% from the field.

Oklahoma City announced Saturday that veteran center Al Horford would be inactive for the rest of the season, opening the door for Brown to take over the position.

The Thunder originally signed Brown to a two-way contract in Dec. 2020, after he spent the previous season as a two-way player for the Portland Trail Blazers. This season, Brown was named to the All-NBA G League First Team and the NBA G League All-Defensive Team after he averaged 18.9 points, 13.9 rebounds and 1.7 blocks

Rivers, a 6-3 guard, was originally acquired from the New York Knicks in the three-team trade on March 25 that sent guard George Hill from the Thunder to the Philadelphia 76ers. He's a nine-year NBA veteran with career averages of 9.1 points, 2.1 rebounds and 2.3 assists.

Thunder guard Lu Dort is in concussion protocol after he sustained a concussion Saturday against Boston.

Dort will begin the NBA-mandated Return-to-Participation Protocol. The process includes a series of steps designed to ensure an athlete exhibits symptom-free behavior before resuming basketball activities. There is no timetable for his return.