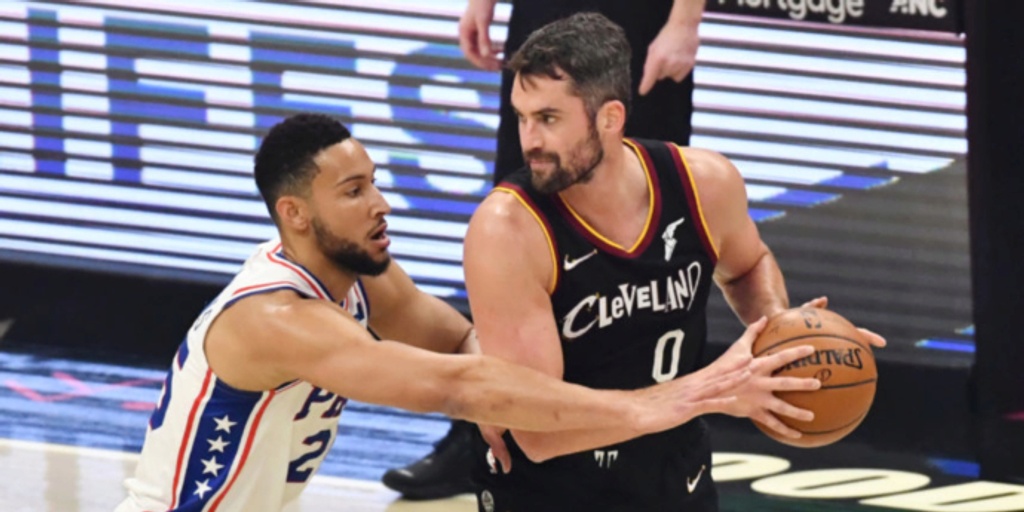 Kevin Love, Larry Nance Jr. to return from injury for Cavs in NOLA

The Cleveland Cavaliers are getting two of their key pieces back just in time for the second-half stretch of the season.

Prior to the team's game in New Orleans, head coach J.B. Bickerstaff shared that Kevin Love and Larry Nance Jr. will return to action for the Cavs. Love has not played in a game since Dec. 27 due to a calf injury, while Nance Jr. has missed over a month of action with a fractured finger.

According to Bickerstaff, Cleveland will keep an eye on Love's minutes and workload, expecting the five-time All-Star to be limited in his play initially.

"We kinda have that number in mind," Bickerstaff said. "We want to put him in a position where he can build upwards. We don't want to overdo anything [Friday] where he's impacted for Sunday and then impacted moving forward.

"When you're looking at the schedule, we want him to play as many games as possible. And if that means we have to monitor his minutes more than we would typically...I think that's where our focus is -- trying to get him as many games as we can to finish out the season."

Love has played in just two games this season.

Nance, on the other hand has, been the anchor of Cleveland's defense and was an essential component to the team's early success. His return to the court will be crucial for everybody.

"My expectation is for him to just be himself," Bickerstaff said of Nance. "He'll work himself in. He's extremely intelligent, so he knows how to navigate the game without stepping on other people's toes."

In 19 games, Nance is knocking down a career-high 38 percent of his threes and averaging 1.9 steals per contest.