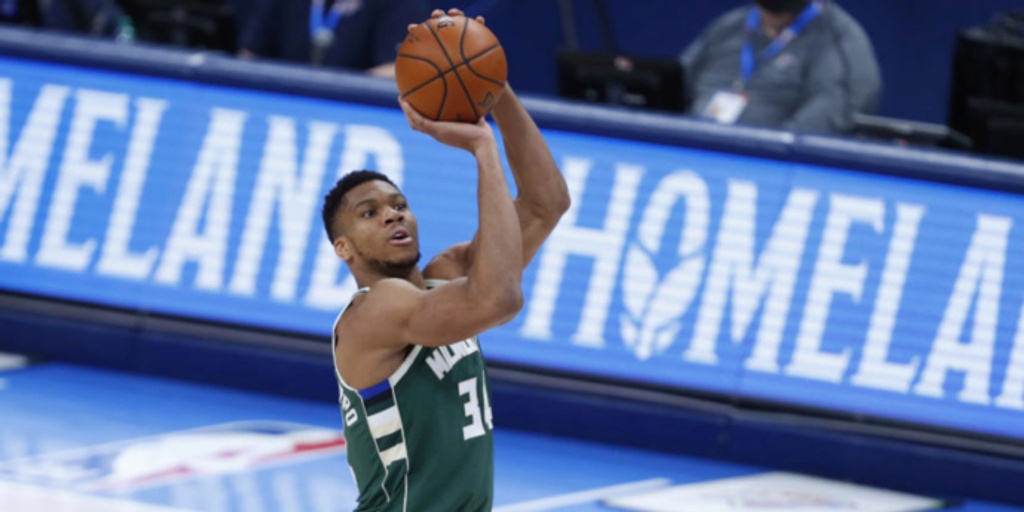 Having won back-to-back MVPs and watching the unicorn-like strides of Giannis Antetokounmpo, we all know what the Greek Freak is about when he steps on the floor -- but did you know that he ranks in the top 10 on the Milwaukee Bucks' all-time three-point list already?

According to SportRadar, Antetokounmpo has 360 total threes in his NBA career, which has him positioned at No. 10 in a tug of war with No. 9 Brook Lopez, who has knocked down just one more triple.

There's a long way to the top (Ray Allen - 1,051), however, it is interesting that Milwaukee has only had so many knockdown shooters in its franchise's history, and that Antetokounmpo's mere 28.7% clip from long distance still has him among the best snipers the team has had.

That being said, as Giannis is not known for his perimeter shooting prowess, it should be noted that he's gone 37.5% from distance on over three attempts per game over the last 10 contests.