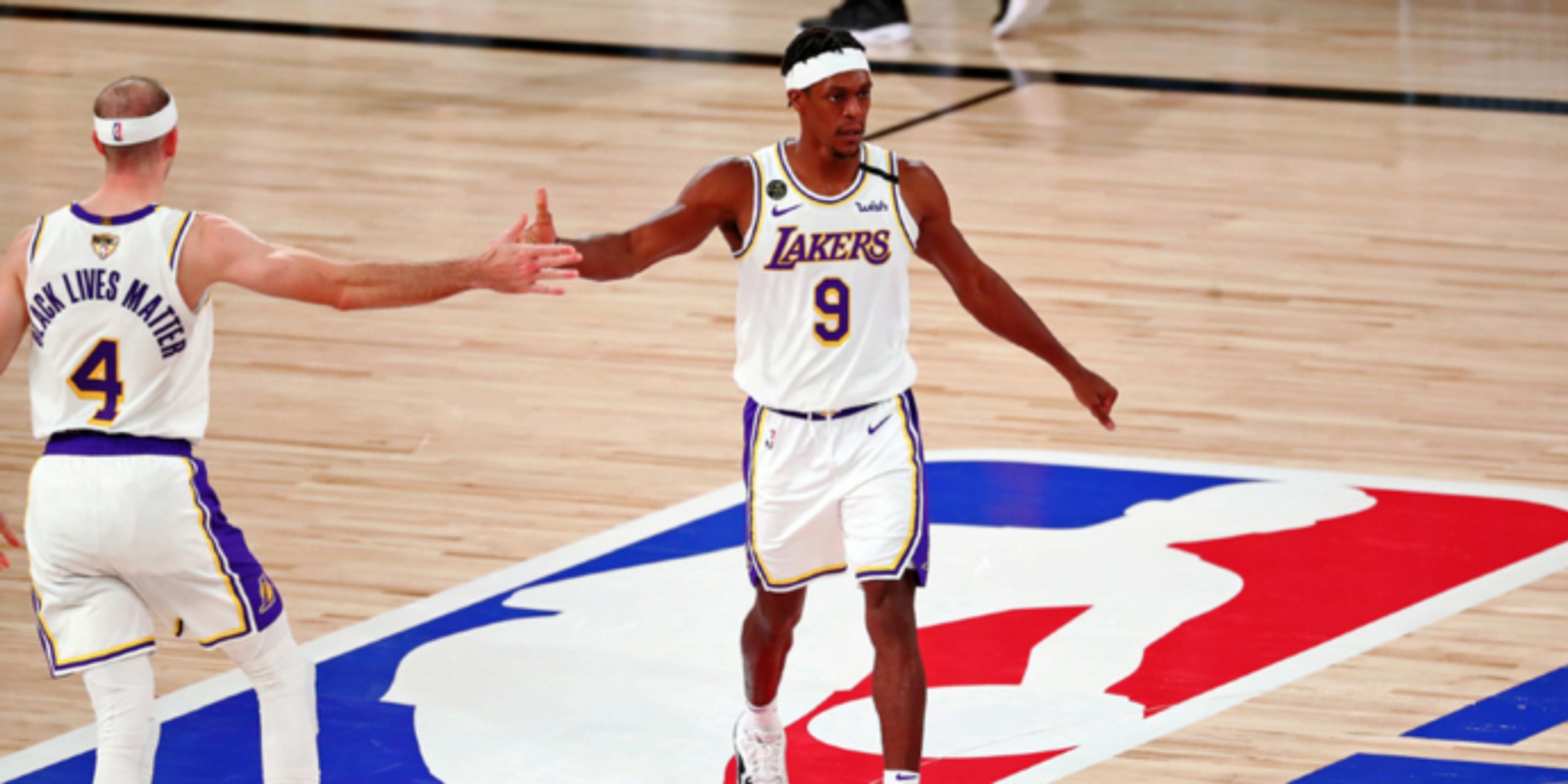 Hawks remain frontrunners to sign Rondo, Clippers in hunt too

Atlanta still widely regarded as the frontrunners to sign Rajon Rondo, league sources say, but one source says that the Clippers remain in the hunt.

ANALYSIS: With Rajon Rondo officially saying farewell to the Lakers on his Instagram post, the Hawks are the current favorites to sign him. Atlanta is focused on making a playoff push next year and with the signing of Danilo Gallinari, bringing along Rondo would prove their postseason intentions are real.

The Clippers are also in the hunt for the veteran point guard and after losing 6th man of the year Montrezl Harrell, signing Rondo would be a big win for Jerry West and the Clippers.