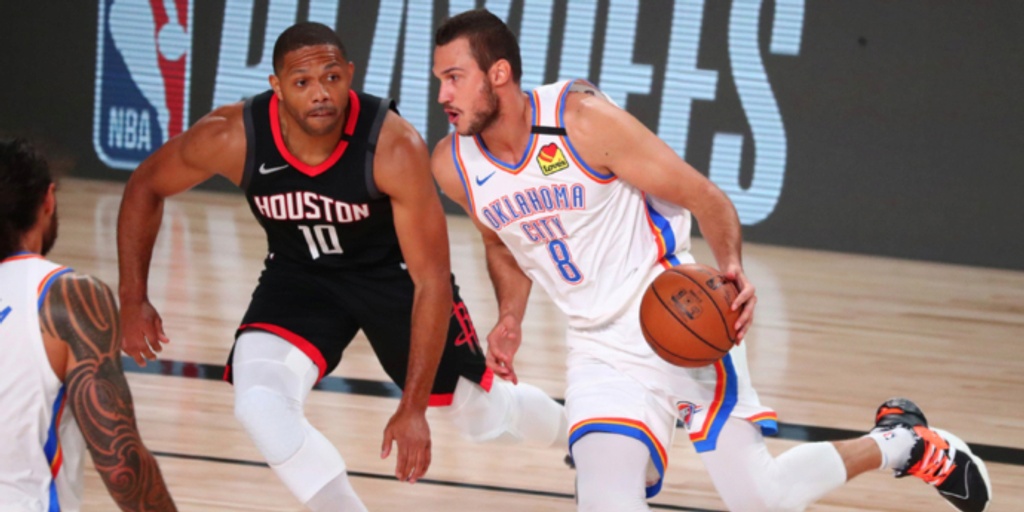 Danilo Gallinari to come off the bench in Atlanta

Hawks GM Travis Schlenk: “We had our conversations with Danilo and his reps, we made it clear to him that the role he was signing up for was to come in and be a backup behind John.”

ANALYSIS: This news comes as quite the surprise considering Gallinari was given $61.5 million over three years with Atlanta. The 12-year veteran out of Italy is set to back up 23-year-old John Collins who had a monster season last year, putting up 21.6 points, 10.1 rebounds and 1.6 blocks per game. As for Gallinari, he has proven to still be effective at this stage in his career and will be a luxury for Atlanta coming off the bench. Gallinari averaged 18.7 points and 5.2 rebounds in his first and only season with the Thunder and will look to provide instant offense for the Hawks next year.