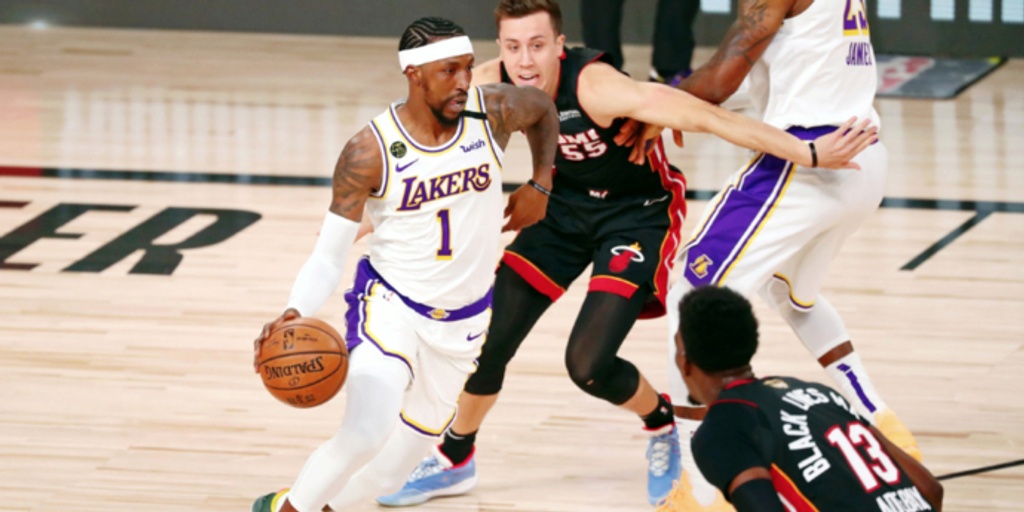 ANALYSIS: Kentavious Caldwell-Pope saw his points per game average go down last season, but he did shoot a career-high from the field (46.7%) and behind the three-point line (38.5%). Now coming off his first championship, Caldwell-Pope is expected to receive interest across the league and according to Shams Charania he is open to offers.