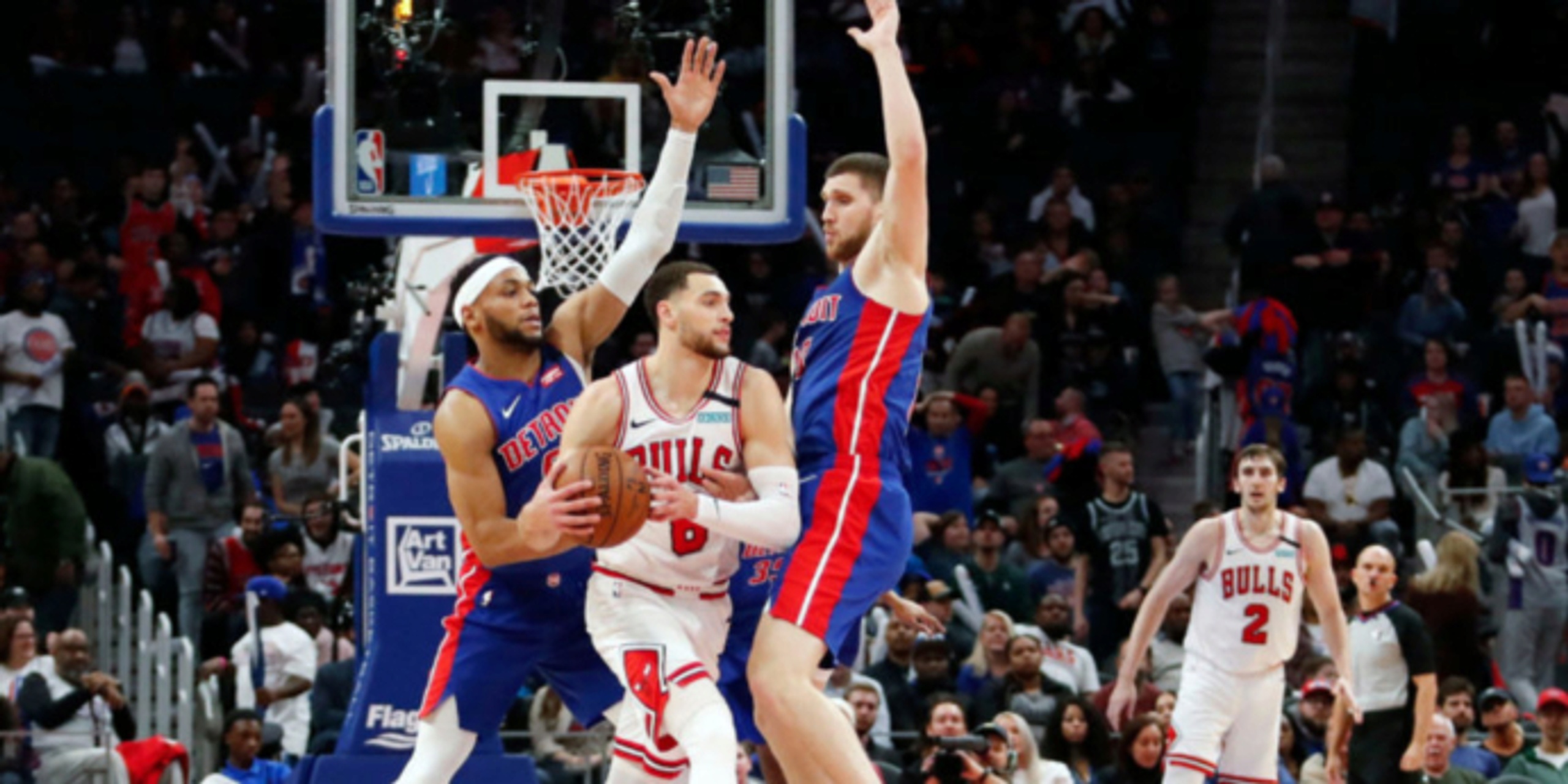 The NBA has seen its schedule turned upside down a bit over the last day, thanks in part due to the COVID-19 outbreak within the San Antonio Spurs and the severe winter weather in the State of Texas. This has left the league scrambling to add games to the schedule.

While it was already announced earlier on Wednesday that the league would be adding a game between Denver and Cleveland to the schedule, it's also been reported by The Athletic that a game between Detroit and Chicago is being added as well.

New game being worked on for NBA schedule on Wednesday: Detroit at Chicago, sources tell @TheAthletic @Stadium. Pistons and Bulls had prior games postponed Wednesday and teams finalizing logistics for new game.

The Pistons and Bulls both saw games postponed on Wednesday. Detroit was supposed to be in Dallas taking on the Mavericks and the Bulls' game against Charlotte was canceled due to contact tracing within the Hornets organization.

MORE:
NBA News

Andre Drummond has his faults, but he could still be key championship piece
Kyrie Irving out Tuesday night with back tightness

Featured News

Phil Handy: Kawhi Leonard 'wants to be great; it's all we'd ever talk about'
Feb 5 2021
Bill Russell’s No. 6 jersey to be retired throughout NBA
10h
How Rudy Gobert and Karl-Anthony Towns can work as Timberwolves' duo
14h
Through Her Eyes: How Chelsea Gray sees what you can't
yesterday
Jarrett Allen Q&A: Cavaliers' offseason, Basketball Without Borders
yesterday
Best Bets: NBA Western Conference over/under projections
2 days
Isaiah Livers is ready to rise up in second season with Pistons
4 days
Best bets for 2022-23 NBA Most Valuable Player award
5 days
Subscribe to our newsletter
SUBSCRIBE
Follow Us



Basketball News
Home
Podcasts
Scores
Draft
Stats
News
Charts
Contact
Contact Us
Advertise With Us
Terms Of Use
Privacy Policy
Do Not Sell My Personal Information
Cookie Policy
Download Our App!
Stay up-to-date on all things NBA
Copyright © BasketballNews.com 2020. All Rights Reserved.
