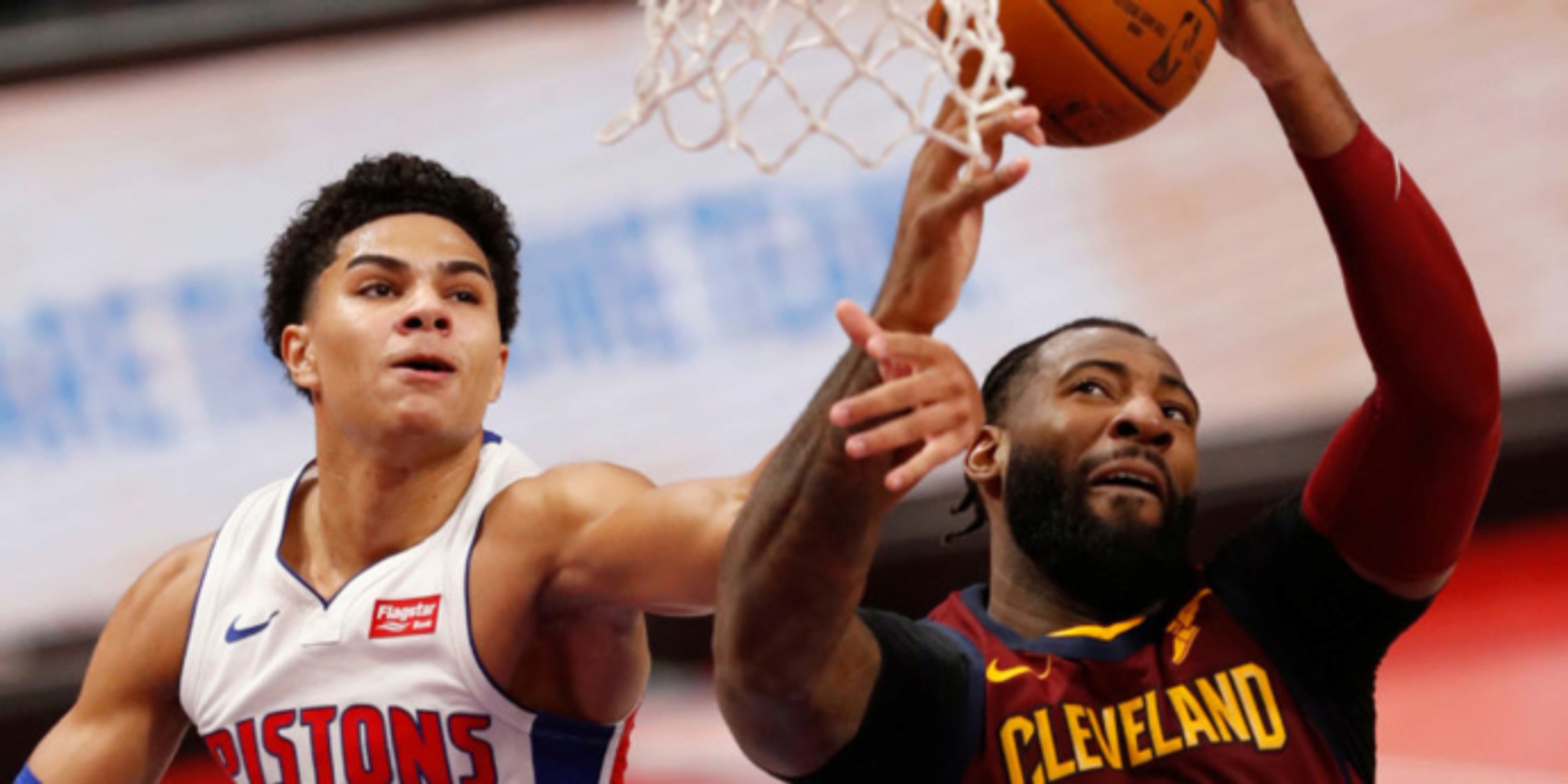 Andre Drummond has his faults, but he could still be key championship piece

Andre Drummond may not be a terrifically well-rounded basketball player, but he is very, very good at one thing: rebounding. He does not shoot threes, he is not a great free-throw shooter and he does not block a ton of shots.

So he is not perfect, okay?  Who is? (Aside from LeBron, of course).

Dennis Rodman was not perfect either, but he was a rebounding specialist whose skill set was incorporated into a Chicago Bulls team that needed someone to hit the boards like a maniac. That’s what Rodman did quite well, leading the NBA in that category for seven consecutive seasons during the 1990s.

And Rodman made it to the Hall of Fame... not bad for a guy whose first job as a young adult was mopping floors at a Dallas-Fort Worth airport. Ben Wallace was the same type of player, a rebounder (and shot-blocker) who did little else statistically, but was a key cog in a championship puzzle; he was adored in Detroit. Dwight Howard led the league in rebounding five times, and DeAndre Jordan did it in consecutive seasons, becoming such a hot commodity in free agency that he spawned the NBA “Emoji Era” on Twitter back when the Dallas Mavericks were trying to sign him.

All of this is relevant today because the Cleveland Cavaliers are now trying to trade Drummond and his expiring $28.7 million contract. There are people out there who are bashing him, citing quantitative stats that make perfect sense to the quants but mean nothing to the folks who judge basketball players more simply: “Can he help us win a championship?”

Overthinkers are overly abundant in the NBA. Metrics can show just about anything you want, positive or negative, depending on how you spin the data you encounter.

Folks, Drummond has led the league in rebounding in four of the past five seasons. He currently is second in the league at 13.5 per game. Can’t we just keep it simple and not pick apart things aside from his particular prowess doing the one thing he does well? Drummond has warts, but who doesn’t?

Cavs general manager Koby Altman got Drummond last year for expiring contracts and a future second-round pick. It was a steal. Now, Altman has the league on notice that Drummond is available. His job is to get as much as he can for Drummond before the NBA trade deadline on March 25.

Somebody is going to have to outrebound Nikola Jokic (11.5 per game) or Rudy Gobert (13.2) in the Western Conference playoffs, and Joel Embiid (10.8), Julius Randle (11) or Domantas Sabonis/Nikola Vucevic (both averaging 11.4) in the East playoffs.

Drummond could be that player, and he is clearly on the market.

He is better than some may lead you to believe, sort of like Enes Kanter, who is No. 11 in the NBA in rebounding as an emergency fill-in for Jusuf Nurkic. Kanter is a one-trick pony, too, and his defensive inefficiencies are well-documented. But he rebounds well, and where would the Blazers be without him?

So let’s wait and see what Altman can get for Drummond, who ends up being a rental in Cleveland as many expected he would be when the Cavs got him. At the end of the day, Drummond is an elite rebounder. He is 27. He has a lot left.