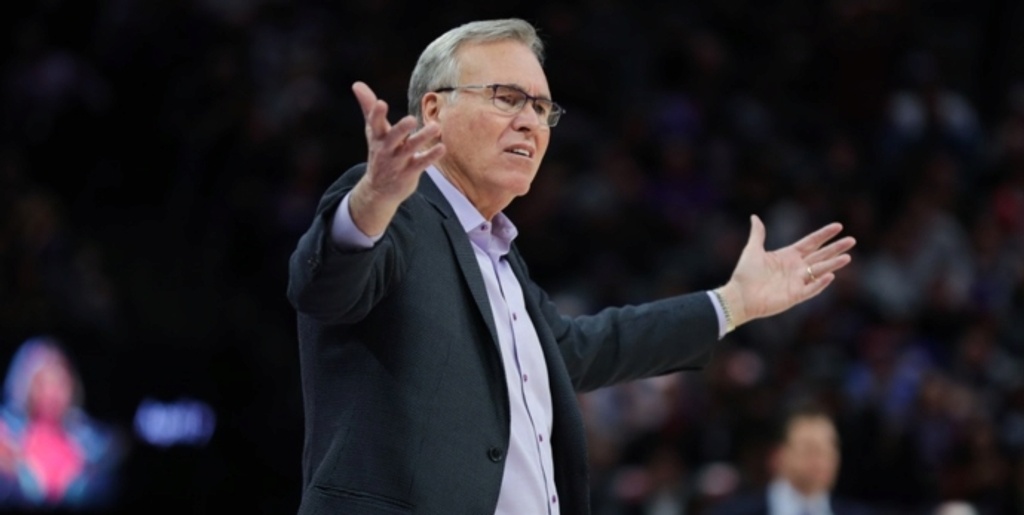 Mike D’Antoni and Ime Udoka are finalizing deals to become assistant coaches under Steve Nash with the Brooklyn Nets, Adrian Wojnarowski of ESPN.

These are two incredible hires for Nash, who is surrounding himself with outstanding, experienced coaches since he's a first-time head coach. This gives the Nets three different coaches who were strongly considered for head-coaching gigs of their own this offseason: D'Antoni, Udoka and Jacque Vaughn (Nash's lead assistant).

This is similar to the strategy that Steve Kerr implemented when he took over as the Golden State Warriors' head coach in 2014 despite having zero coaching experience (just like Nash). Kerr surrounded himself with some of the most experienced, respected coaches in the NBA in Alvin Gentry (to run the offense) and Ron Adams (to run the defense). This took a lot off of his plate. Similarly, Nash will be able to delegate among D'Antoni, Vaughn and Udoka and focus more on managing the locker room.

D'Antoni and Nash have a terrific relationship dating back to their stint together in Phoenix (when D'Antoni coached the point guard on the Seven-Seconds-or-Less Suns). D'Antoni is widely regarded as an offensive guru and he'll be able to help Nash from an Xs-and-Os standpoint. D'Antoni was a candidate for the Indiana Pacers and Philadelphia 76ers head-coaching jobs earlier this offseason.

With Nash and D'Antoni at the helm, the Nets' offense will likely be fast-paced, free-flowing and high-scoring (with a ton of three-pointers). Amar'e Stoudemire, who was also a key part of the Seven-Seconds-or-Less Suns, was hired as an assistant coach on Nash's staff too.

Recently, in a "Town Hall" interview, Nash was asked to describe his offensive philosophy.

"The offense is still to be determined. I don’t want to come in with a whole lot of concepts and designs,” Nash explained. “When I played under Mike D’Antoni, he let it evolve. We want to play fast, space the floor and incorporate philosophical thoughts that fit our group, but we’ve spent recent time building our defense.”

Udoka is one of the most respected assistant coaches in the NBA and he's expected to become a head coach at some point in the near future. After working on the San Antonio Spurs' coaching staff from 2012 to 2019, he left to serve as an assistant coach on the Philadelphia 76ers under Brett Brown (who also coached in San Antonio) last season.

The 43-year-old Udoka played for Gregg Popovich on the Spurs and then thrived under him as an assistant for seven years. Udoka is also close with many players around the NBA and LaMarcus Aldridge has said that he chose to join the Spurs when he was a free agent in 2015 in large part due to Udoka's pitch.

While Udoka was in San Antonio, he worked directly with Nets GM Sean Marks (who had various roles with the Spurs from 2013 to 2016, including assistant coach, director of basketball operations and assistant GM) and Vaughn (who was an assistant coach in San Antonio from 2010-2012 and a pro scout in 2015).

Vaughn was another great hire by the Nets. He was Brooklyn's interim coach last season and the Nets considered giving him the job permanently, but they ultimately decided to go with Nash instead. Vaughn was also a head coach for the Orlando Magic from 2012 to 2015.

While Nash's lack of experience has been a big topic of conversation recently, these assistant coaches will certainly help him as he makes the transition to the sidelines.