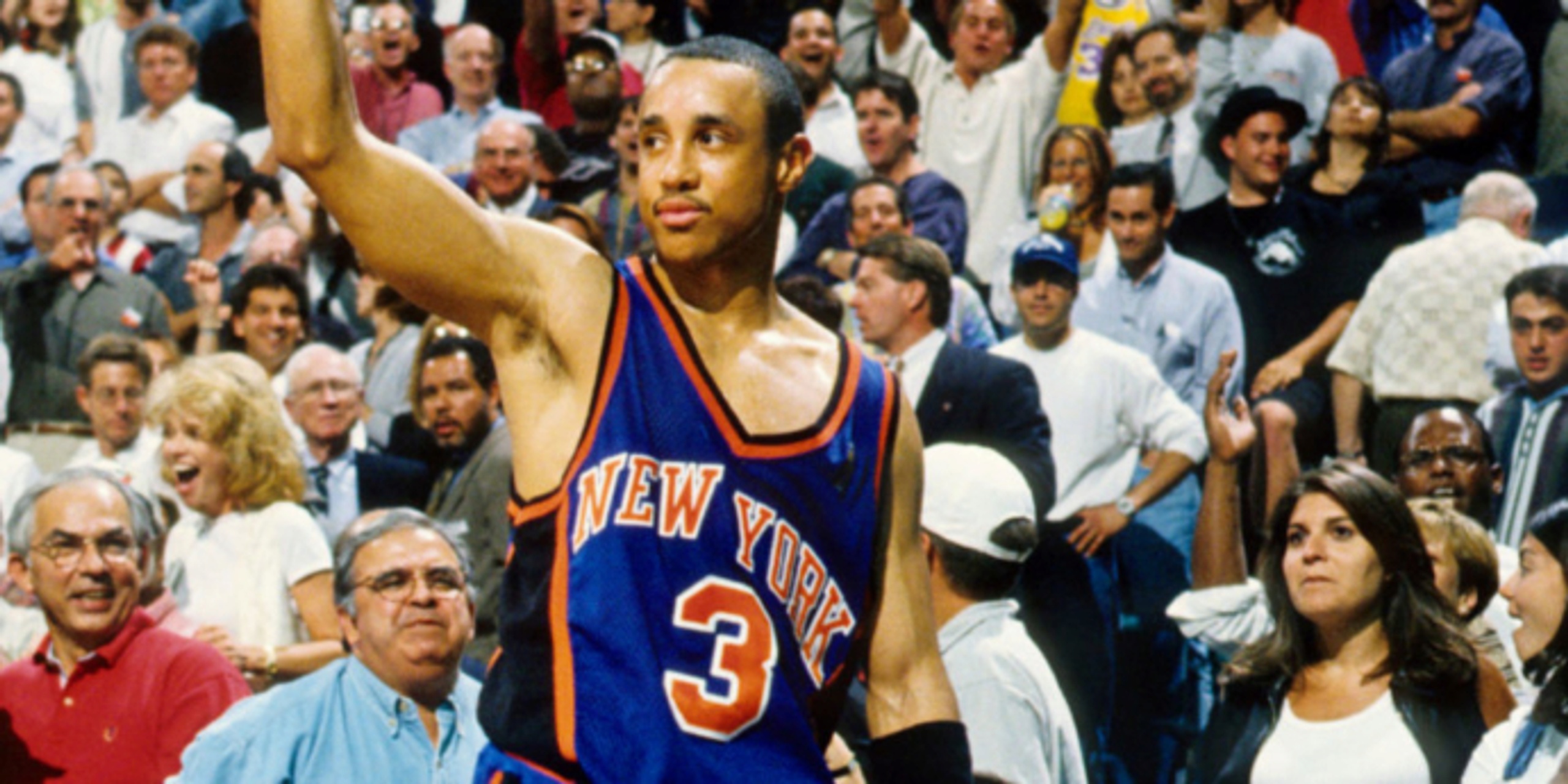 John Starks on Knicks: 'They represented New York in a big way this year'

The Knicks have clinched a playoff berth for the first time since 2012, and New Yorkers are beaming with pride.

When they officially reached the milestone, Knicks All-Star Julius Randle tweeted: “Check it off the list, Knicks. We not close to done.’’

This season, the Knicks have channeled their inner Charles Oakley, John Starks, Patrick Ewing, Anthony Mason, Greg Anthony-mentality of laying it all out on the floor every single night, and Knicks fans have appreciated every minute of it.

Even when they lose, you no longer hear the typical “they're-all-bums” or “trade-everyone” sentiment around New York; instead, you hear nothing but appreciation, admiration and excitement about the team's future possibilities.

One of the main reasons for the change in attitude is because New York appreciates the effort.

Giving it your all. Playing with emotion. Never backing down to anyone (no matter who it is). And if you are going to go down, you go down swinging.

That’s what New York respects, and that’s what has the whole town buzzing.

Even though the Brooklyn Nets are highly favored to win the championship, especially when they are full throttle (which we have seen with James Harden, and he just returned from a hamstring injury). They really look unstoppable, but the Knicks are the heart and soul of the city, and that’s why diehard New York fans -- from young to old, from passionate fans to superstars of the past -- are singing their praises.

New York Knicks legend John Starks spoke glowingly about this year's Knicks on an episode of "The Rematch" that featured Starks and legendary rapper Raekwon.

"I love the way they’re playing. I love their mentality. I said [it] when [Tom] Thibodeau got here -- the one thing you’re going to see in the Knicks is they will have an identity, which they haven’t had for some years," Starks said. "That they’re gonna come out there and play defense, and they’re gonna get after you. And it’s the same crew that they had last year, with the exception of a couple of rookies that came in -- IQ [Immanuel Quickley] [and] [Obi] Toppin -- but the same crew. They come in there and they battle.

"They get after you on the defensive end of the court. As you know, defense is going to give you a chance to win every single night, and they’re one of the top defensive teams in the league -- and their record has shown that. They got guys who are tough-minded and are going to go out there and give it their all every single night. And that’s what it takes in order to win in this league. Defense has been frowned upon for many years in this league, with the focus and attention being on the offensive end of the court."

Starks also had high praise for Thibodeau, who has changed the culture in his first year as head coach of the Knicks.

"He has all but guaranteed maximum effort, which we were always told that coaches can’t teach, but he has," Starks said. "And he has guaranteed defense, which seems to be a lost art in the NBA...

“...When you have a coach that has that defensive mentality and puts that inside of a team, and they come out and teams don’t know what hit 'em, they’re like, 'Wait a minute, you’re not supposed to be playing defense. We’re supposed to just be running up and down and freelancing.' But no, these guys are getting after it. And that’s going to give them a chance to win every single night. So I love that attitude.”

“I love having a young player like IQ; Immanuel Quickley comes in and really shows his leadership role. I love the way he plays the game," Starks said. "He’s not afraid to get out there and get in someone’s face, and we’re all able to see his maturity out there on the court. And Toppin, being from Brooklyn and wanting to come here and play and be back in his home city -- he has a lot of potential.

"And to watch Julius Randle and RJ Barrett and Mitch Robinson, D-Rose back here again, [it's great]."

The team's success is also exciting younger fans, such as 10-year-old Cam Singleton of Harlem, New York. He's a Knicks enthusiast who has aspirations of being a sports journalist whenever his playing career comes to an end. This is an excerpt of his breakdown of the Knicks clinching the playoffs:

"The loyal New York fan base is deserving of the Knicks clinching the playoffs for the first time since 2013. And now, when you have to play the New York Knicks, you know you're going to have to fight until the very end," Cam said. "The Knicks have not received this type of attention in the NBA since the 1990s when they were dominant. From playing efficient defense to being tied [for] third in the league in three-point percentage, New York finally has something to celebrate...

"The hard work that New York has put into this season has made New York proud because they represent what New York is. When I think about New York, I think about grit, grind and people that are hungry. So I feel that the Knicks got their swag back from the Patrick Ewing days, and if you are going to get a win in Madison Square Garden, you’re gonna have to work very, very hard for it."

Starks agreed with this sentiment.

"I love the fight and the grit, and they are really taking on the personality of the city," Starks said. "They represented New York in a big way this year.”