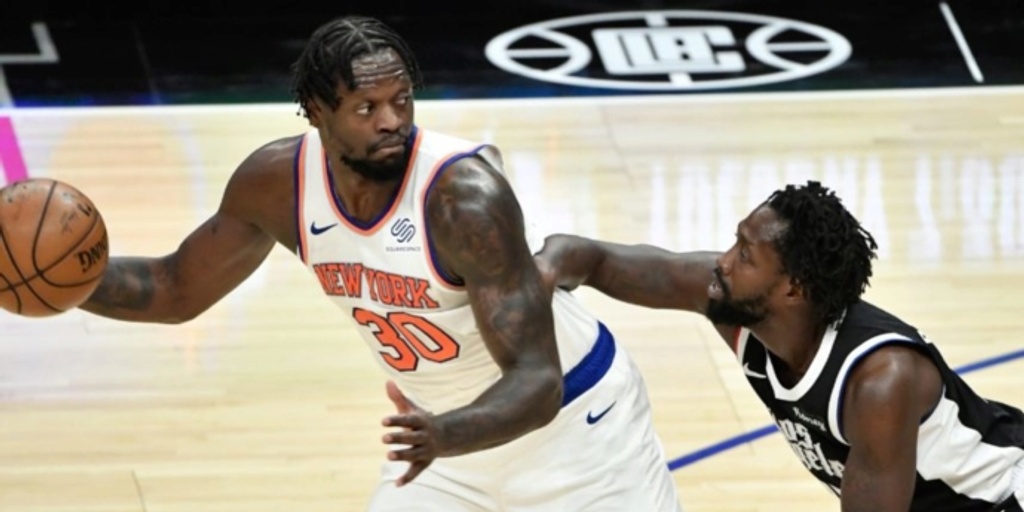 Julius Randle: 'I want to retire as a New York Knick'

In an appearance on The Victory Podcast, Julius Randle expressed excitement about a potential long-term future in New York.

"I love playing in New York. I want to retire as a New York Knick," Randle said.

ANALYSIS: Randle could make $19.8 million next season if the Knicks pick up his 2021-22 team option this summer. The 26-year-old is averaging 24.0 points, 10.2 rebounds and 5.9 assists per game in a career year with New York. He is widely considered the favorite for this year's Most Improved Player award.