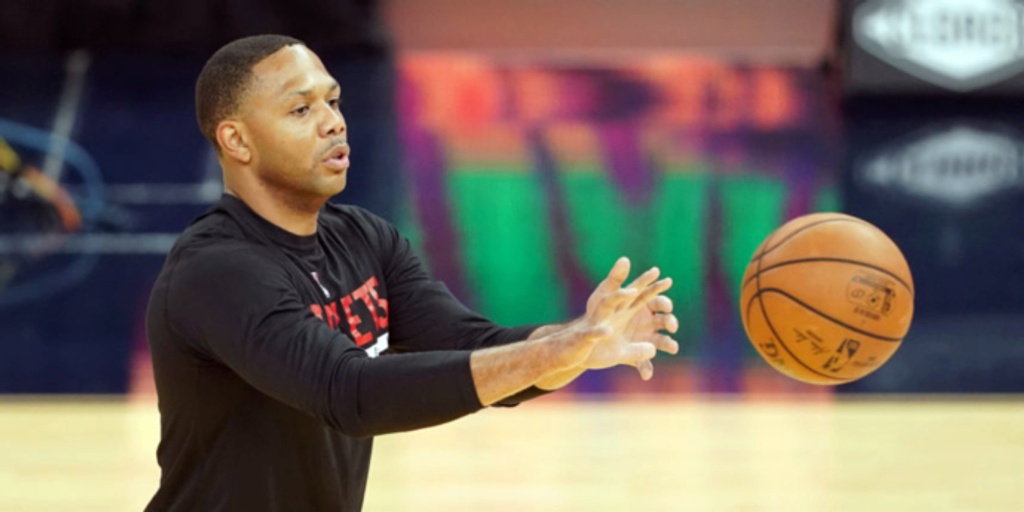 In an interview with Kelly Iko of The Athletic, Eric Gordon explained how he initially thought his time in Houston would line up with James Harden and Russell Westbrook.

"When I signed my contract in Houston, I thought we were going to be a team that keeps the band together and tries to keep pushing for the (championship)," he said.  "When I got my extension all of our years kind of ended the same — me, James, Russ. Us three, I thought we were all going to align our deals together and almost kinda end two to three years from now. After that, that just completely went overblown, but as I said, things can always change easily when you have a new coach, a new GM and that’s that."

Harden and Westbrook are gone now, and Houston has tumbled to the bottom of the NBA hierarchy. Gordon has battled injuries this season and appeared in just 27 games. He has often had to watch the downturn of the Rockets this season from the bench.

"I’ve been on losing teams before, but I’ve never been a part of a season where we lose 20 in a row," he said. "And the thing is, we have guys here! Like, we got guys that can play! It’s just tough to even think sometimes because whenever you lose something like that, it’s hard to recover from that, you know, in the season."

Gordon was asked about any continued desire to pursue a championship, despite Houston entering an apparent rebuilding process. His current contract runs through 2023-24.

"I haven’t really thought that far because the season hasn’t ended, and I really like it here, man," he said. "I’ve always loved it here from Day 1. I’ve done a lot of winning, I’ve won a lot of awards here. Just done well here, we won a lot of games here. It’s tough to kind of walk away from all that because my goal here was, if things went well here, was to retire here."