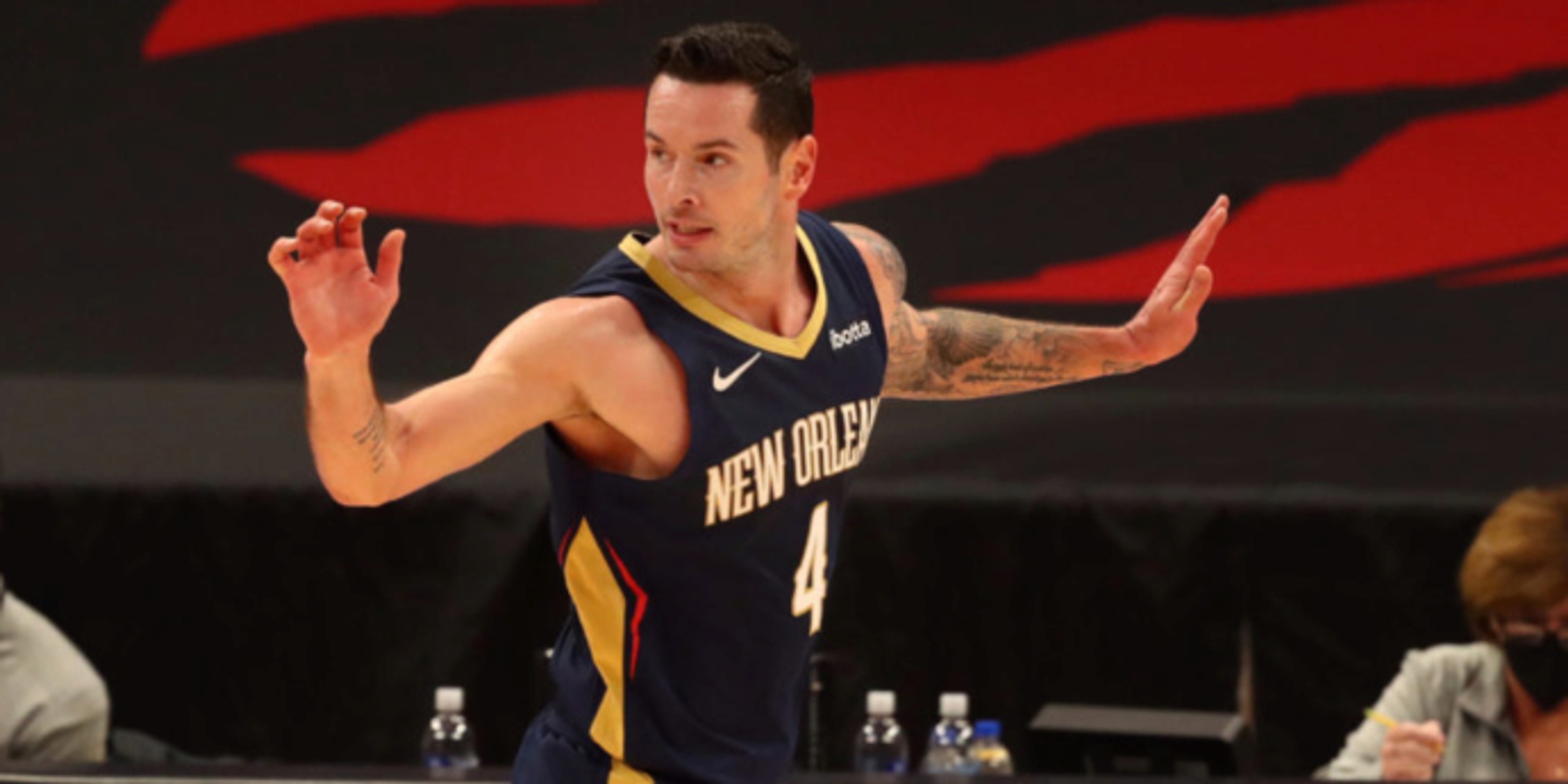 Sheridan: JJ Redick to Knicks? Leon Rose needs to do it

Derrick Rose is now with the New York Knicks, where he will presumably provide a scoring punch off the bench as he is reunited with head coach Tom Thibodeau. The next thing the Knicks need to do is acquire JJ Redick, who wants out of New Orleans and will be accommodated at some point this season.

Redick, a 16-year veteran with 110 career playoff games under his belt, would give the Knicks a veteran presence in the locker room who would provide shooting off the bench and leadership in the locker room – two things New York will need if they want to make any noise in the playoffs.

And yes, the Knicks appear headed to the playoffs despite yesterday’s 109-103 loss to the Miami Heat. With the postseason now expanded to 10 teams when including play-in teams, two-thirds of the NBA’s 30 teams will be playing meaningful games in the spring once the regular season concludes and the postseason begins.

Thibodeau’s rotation now includes possible All-Star Julius Randle (22.7 points, 11.0 rebounds, 6.0 assists) as the offensive anchor, Mitchell Robinson as the shot-blocking center, Elfrid Payton as the savvy starting point guard, RJ Barrett as the up-and-coming shooting guard, Reggie Bullock as the sharpshooting small forward and an array of players getting varying amounts of playing time off the bench depending on the matchup. Immanuel Quickley has had his moments, but it is unlikely Thibs would heavily rely on him in the postseason.

Under Thibodeau, the Knicks are No. 1 in the NBA in three key defensive categories: Opponent points per game (104.1), opponent field goal percentage (43.5 percent) and opponent three-point percentage (31.6 percent). They are in the lower third of the league in three-point shooting, though, at 35.5 percent, and that is where Redick could help – especially in the postseason on a roster with practically zero postseason experience.

A straight up Pelicans-Knicks trade could actually be two trades, as the Knicks have $15 million in cap space and could absorb Redick’s entire $13 million expiring contract. But a league source said the Pelicans are determined to package Redick with other players.

New Orleans would presumably want a draft pick back in a deal with the Knicks, and New York is still sitting on Detroit’s second-round pick in the upcoming draft, along with two future No. 1s from the Dallas Mavericks that team president Leon Rose does not want to trade – especially for a player such as Redick, who would basically be a rental.

But the Pelicans are also determined to trade Redick to a destination closer to his Brooklyn home, and the Nets do not look like a viable option because they emptied their draft pick cupboard in the James Harden trade. Boston and Philadelphia also do not look like viable options unless either would be willing to give up a frontline player for a package centered around Redick and Lonzo Ball, and neither the Celtics nor the Sixers are in the market for a point guard.

So the Knicks are the only “destination” team that would bring Redick closer to his family. Which begs the question: What would work in a Pels-Knicks deal?

Thibs also has an affinity for Taj Gibson, another player on an expiring contract. So the guys on the roster who are immediately expendable are Frank Ntilikina, Kevin Knox and Austin Rivers. Let’s assume that Rivers and Knox are players the Pels would not want; the salaries of Ntilikina and Ignas Brazdeikis add up to $7.6 million (neither Bradzeikis nor Ntilikina are under contract for next season, as the former has a team option and the latter has a potential qualifying offer).

So if the deal is actually two deals (Redick into empty cap space being the first), what would New York get back for Ntilikina, Bradzeikis and some sort of sweetener?

That sweetener could be a future second-rounder, as the Knicks have extras coming from the Pistons (two of them, in 2021 and 2023), Jazz and Timberwolves over the next five years. It also could be cash, as teams can trade up to $5.617 million per season... and Gayle Benson likes cash. The French guard and Lithuanian forward could get them Nicolo Melli and Josh Hart, but that may be too much for Pels VP of Basketball Operations David Griffin to surrender without a first-rounder or the Pistons’ 2021 second-rounder coming back.

There are other options, of course, including the Pels throwing in Willy Hernangomez (who becomes trade eligible on Feb. 20), Sindarius Thornwell (eligible on Feb. 28), or Wenyen Gabriel (cannot be dealt until Feb. 21).

The Knicks’ status as an under-the-cap team gives the two teams greater flexibility than what might normally be possible, and it is well-documented that Redick wants out and wants to be close to his family. The Pels respect Redick (whose endorsement of Stan Van Gundy was one of the reasons why they hired him as their coach) and want to get him to where he wants to go. The question is what price the Knicks would have to pay. With Redick and Alec Burks as their two best players off the bench, they might even be a threat to win a first-round series.

So stay tuned. The Rose deal (in which Charlotte’s second-round pick is going to the Pistons) was not the last one the Knicks will make this season.

If they can turn Knox into a backup center (Willie Cauley-Stein becomes trade eligible March 1; Hassan Whiteside on Feb. 25), Thibs would have a nine-man playoff rotation of Randle, Bullock, Mitchell Robinson, Payton, Barrett, Redick, Burks, Gibson and the new center.

Remember, what the Knicks look like now and what they’ll look like going into the playoffs are not necessarily the same thing. But it sure looks like New York’s seven-year playoff drought will come to an end.