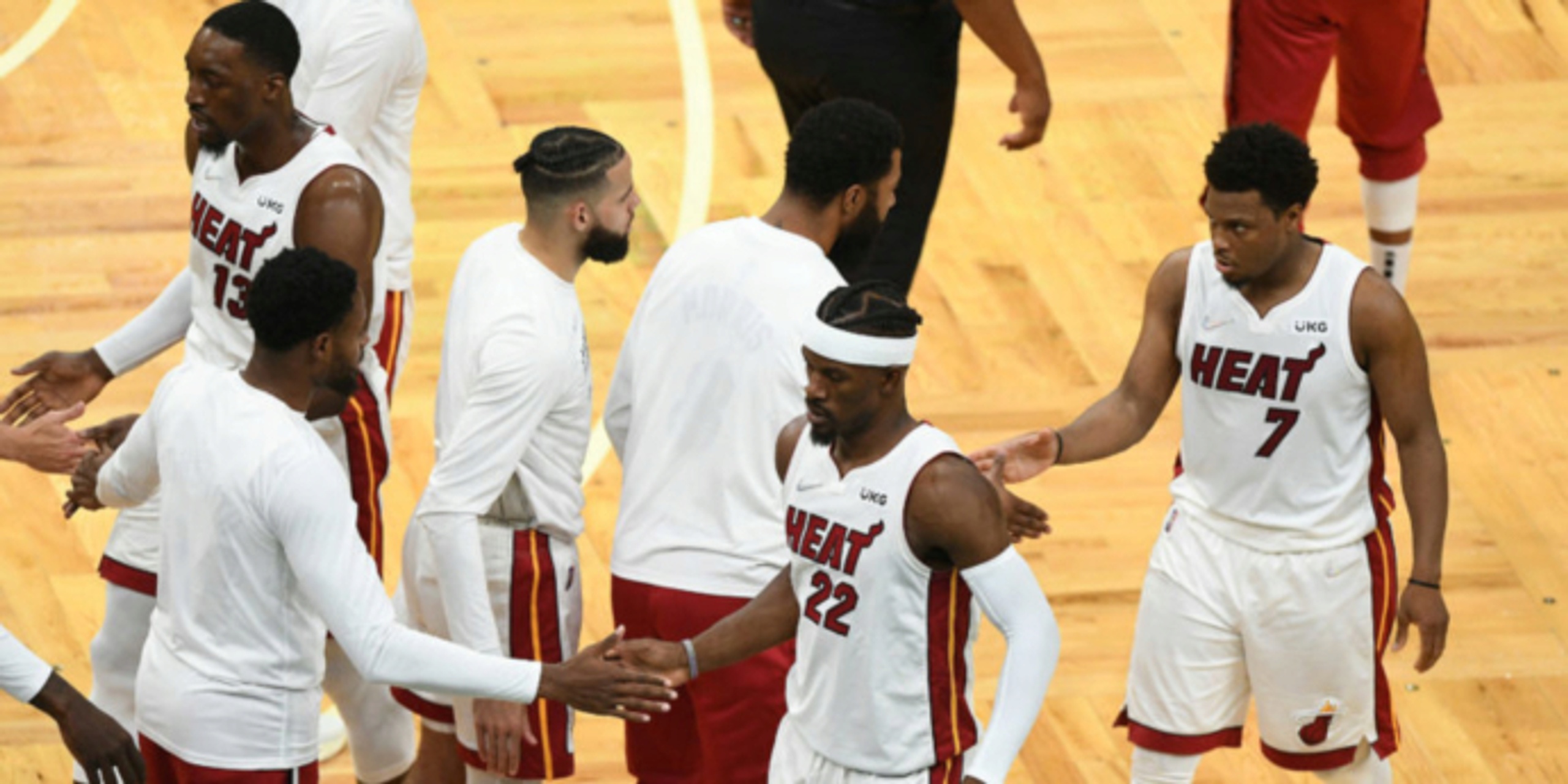 The Miami Heat organization has been fined $25,000 for violating league rules regarding team bench decorum, the NBA announced today.

"On multiple occasions, several players stood for an extended period in Miami’s team bench area, stood away from the team bench, and were on, encroaching upon or entering the playing court during live game action in the Heat’s 111-103 win over the Boston Celtics in Game 6 of the Eastern Conference Finals on May 27 at TD Garden," the league's press release stated.

The NBA fined the Dallas Mavericks three times (totaling $175,000) throughout this postseason for violating the same bench-decorum rules.