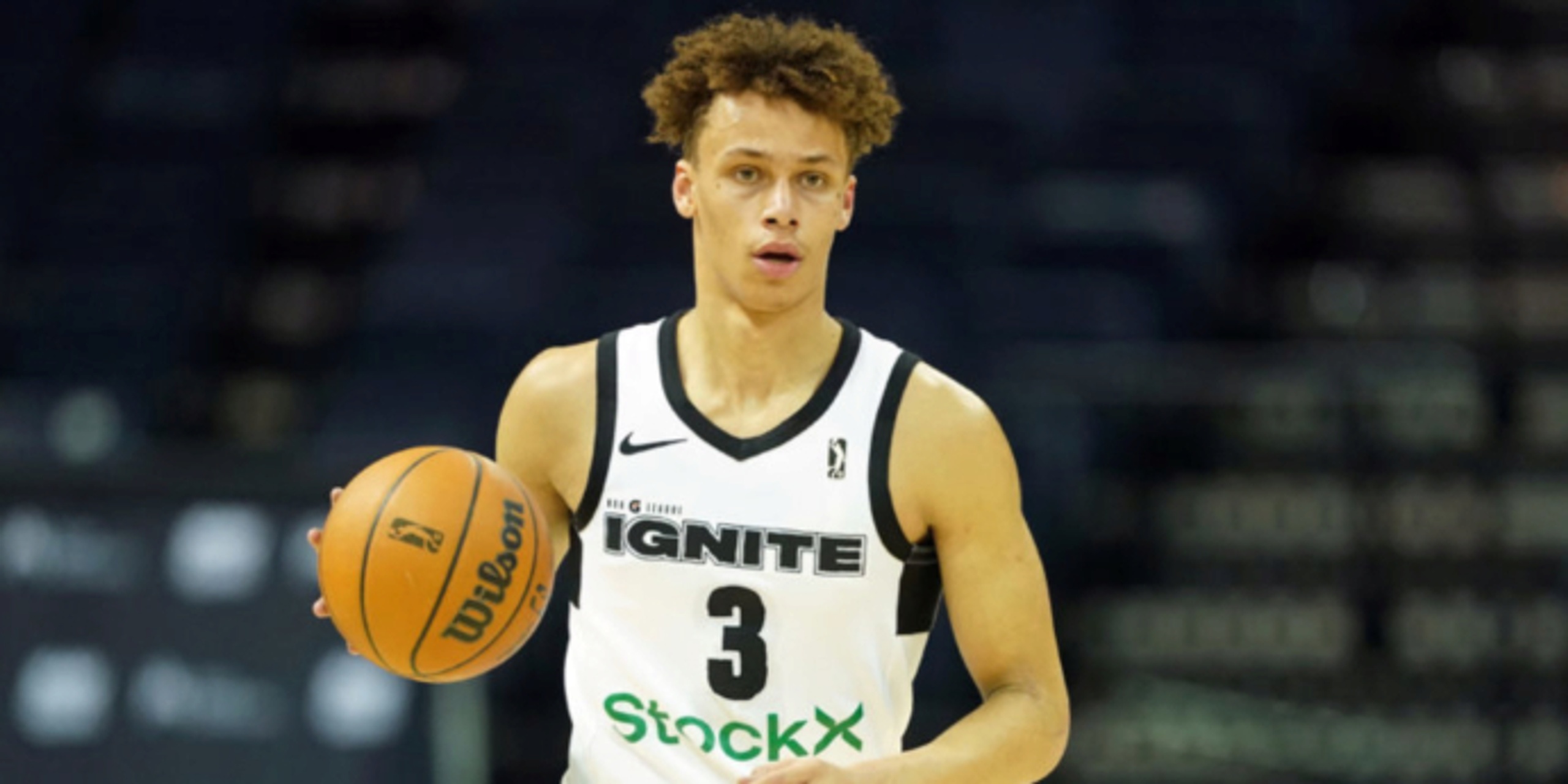 In the modern NBA, multi-positional versatility is something all teams covet. Evidenced by the current playoff finalists, pace-and-space offenses finding mismatches on every possession is the name of the game. For 19-year-old Australian combo guard Dyson Daniels, his strengths mesh well within what will be valued most at the next level.

Forgoing the college route as an International import, Daniels instead went the more challenging route by immersing himself into preparing for the 2022 NBA Draft. Daniels spent this past season with the G League Ignite, which is now forming a consistent pipeline of top prospects like Jalen Green and Jonathan Kuminga. Daniels averaged 11.3 points, 6.2 rebounds, 4.4 assists and 1.9 steals on a 54.0 True Shooting percentage in the G League last season.

The ability to adapt and play the role of a playmaking wing or secondary ball handler makes the upside with Daniels even more intriguing, especially if he lands in the right player development system that focuses on his long-term outlook.

Daniels bet on himself playing with the Ignite over national NCAA exposure, which is paying huge dividends leading up to the draft. ESPN’s Jonathan Givony recently reported that Daniels had one of the most impressive pre-draft workouts he’d ever witnessed, and thanks to those workouts, Dyson is seeing his stock soar in the month before the draft.

The jumbo-sized do-it-all playmaker and defender is slotted in at No. 8 overall to the New Orleans Pelicans in BasketballNews.com's latest mock draft according to our Senior NBA Draft Analyst, Matt Babcock:

“At nearly 6-foot-7, Dyson Daniels is incredibly versatile, as he can play several positions effectively on both ends of the floor. After a stellar season with the G League Ignite, Daniels is seemingly on the rise, as there have been rumblings recently that his draft value is increasing. It’s looking like he’ll have a good chance of being selected in the mid-lottery on draft night.”

Daniels is generating buzz to the point where it would be a surprise if he fell past the top 10 picks without being selected. As a likely lottery pick, Daniels’ versatility could help a needy team immediately. With such a high basketball IQ, the ceiling for Daniels all depends on if he can develop a reliable jump shot (25.5 3PT%). If Daniels rounds into form and becomes a reliable engine to an elite offense, the possibilities truly are endless for the Aussie.

“I have a good floater game, but I’m also a defender,” Daniels described at the NBA Draft Combine in Chicago earlier this month. “I like to break it down on the offensive end. I’m a little bit like a Tyrese Haliburton kind of guy that’s in control. On the defensive end, I like to look at guys like Lonzo Ball and Alex Caruso and people like that. I feel like I have the frame, and once the game slows down for me a bit, I hope I could develop into a Luka Doncic-type role.”

While those comparisons are lofty for Daniels, we can’t rule it out. Who’s to say Daniels doesn’t become a valuable rotation piece with the potential to become even more a few years down the line? It’s why Daniels is generating immense buzz from teams leading up to the draft. At the combine, he met with the following teams: Sacramento Kings, Portland Trail Blazers, New York Knicks, Cleveland Cavaliers, Atlanta Hawks, Milwaukee Bucks and Toronto Raptors.

“I try not to take it as pressure, but I’m trying to do everything to get Bendigo and Australia on the map. Just be the best version of me I can and do my best,” Daniels said.

When trying to find the best attributes to fit with where the NBA is heading, a player in the mold of Daniels becomes extremely valuable the more layers you discover in his game. That’s exactly why Daniels is regarded as one of this year’s biggest pre-draft risers across the board.