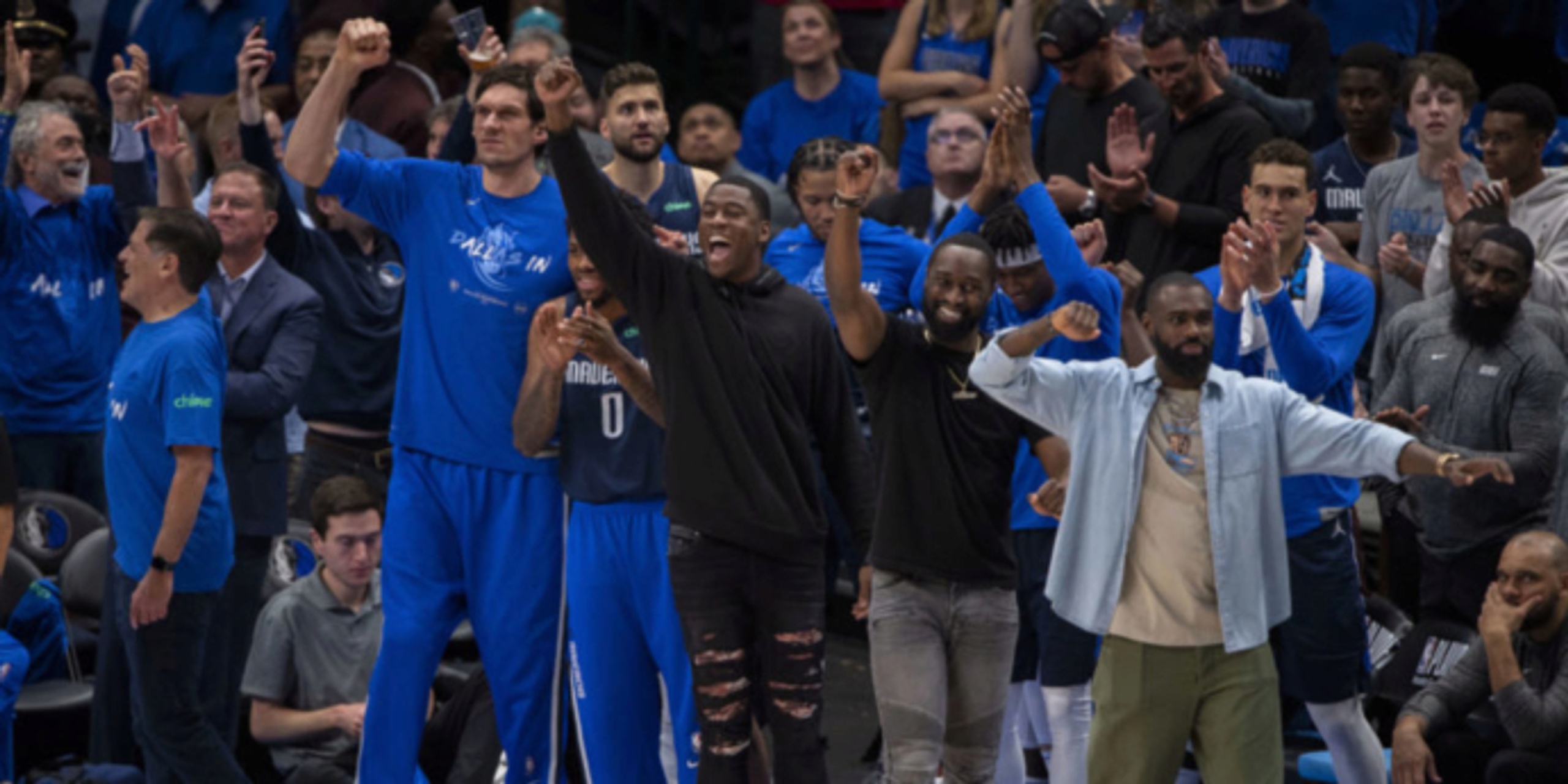 DALLAS (AP) — The NBA fined the Dallas Mavericks for a third time in the playoffs on Sunday because of violations of rules regarding their bench.

The fine has doubled each time, with the latest at $100,000 after Game 2 of the Western Conference finals at Golden State on Friday. Game 3 in Dallas was scheduled for Sunday night. None of the fines was from games in Dallas.

Several Mavericks players have stood for most or all of the games during the playoffs, including home games. The fines have been for players and coaches standing for extended periods, straying too far from the bench and encroaching on the court during game action.

Both of the first two fines were from the West semifinals against Phoenix, after Games 2 and 7 in Arizona. The first fine was $25,000, the second $50,000 after a 33-point Dallas victory in the deciding game.

During the Warriors' 126-117 victory in Game 2, Stephen Curry threw a pass out of bounds with no teammate in the area. The pass was in the vicinity of Dallas' Theo Pinson, who was wearing a white shirt while standing and waving. Golden State was wearing its home white uniforms.

“He’s got his arms up, calling for the ball,” Warriors coach Steve Kerr said after shootaround Sunday. “That’s too much.”

Kerr added that Curry's turnover was the only time he was upset with the Dallas bench during Game 2.

“In fact, I love their bench,” Kerr said. “They’ve got great chemistry, great energy. They’ve had a phenomenal season, and part of it is because they’re so connected.”

Pinson signed a 10-day contract with the Mavericks during a COVID-19 outbreak early in the season. He ended up getting a two-year deal and has been leading cheers from the bench as his playing time dwindled. Pinson has been inactive in the playoffs.

Tim Hardaway Jr. also has gotten into the spirit of cheering from the bench. He's been out since January with a broken left foot and isn't expected to return during the playoffs.

They aren't the only two who have been standing for long stretches, and the Mavericks may not be ready to change their approach with the bench, if Hardaway's reaction on Twitter to the latest fine is any indication.

In another incident from Game 2, Davis Bertans of the Mavericks got tangled up with Damion Lee after making a 3-pointer in front of the Dallas bench. The contact led to several Golden State players approaching the bench, but there were no confrontations. Bertans and Lee were assessed technical fouls.