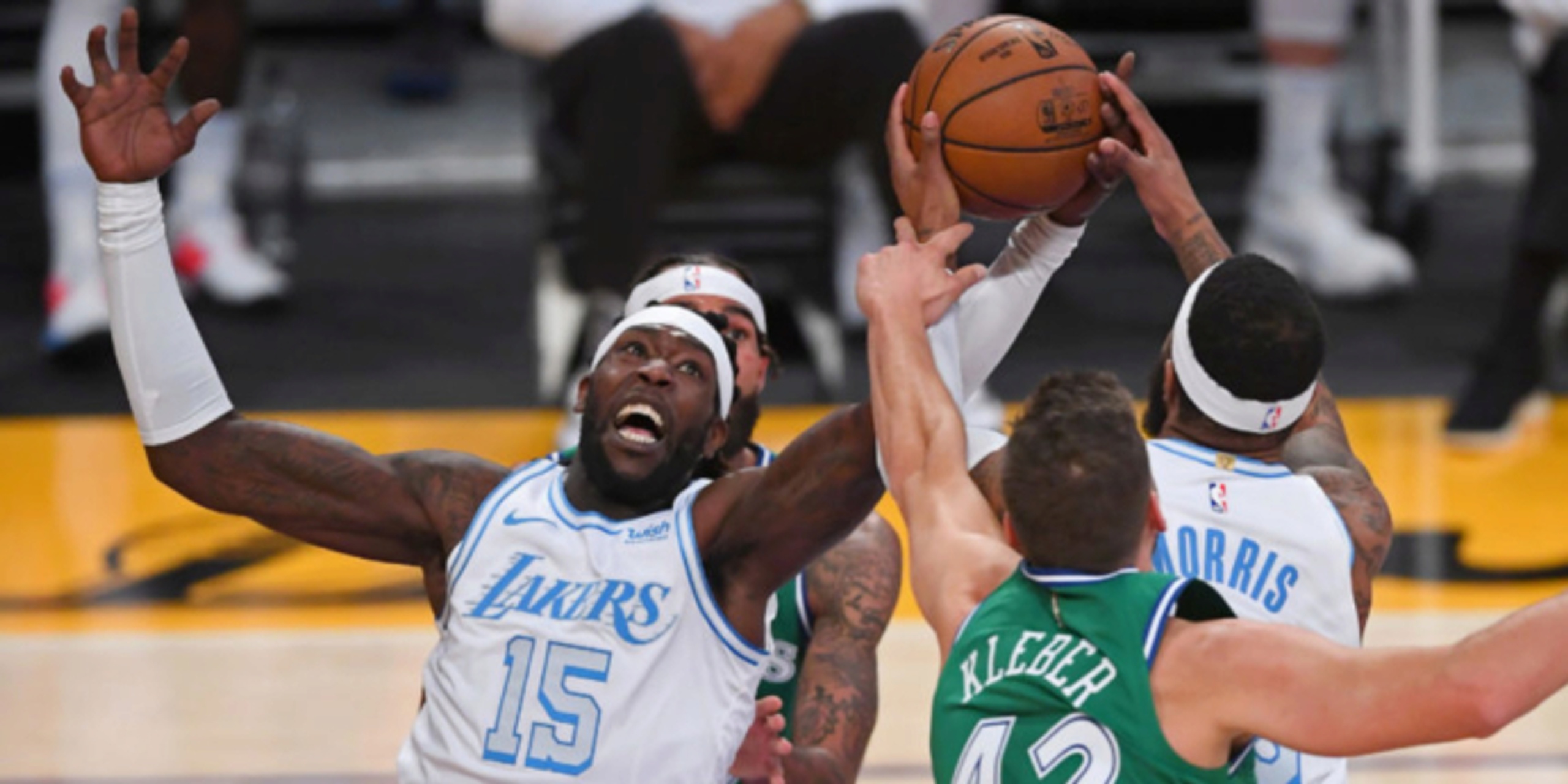 Post-NBA Christmas review: Can we please have a close game?

Like an inadvertent Serge Ibaka elbow to the face, we all got struck in the mouth by something on Christmas Day: the imbalance between the really, really good teams and the hoi polloi.

Five games, five blowouts. And if you watched every minute of every single game, let’s just say that you could have had a better Christmas by getting out of the house/apartment and going for a walk. Fresh air is good for you, folks. Pandemic or no pandemic, we all need some outdoor time to get through this toughest of years.

Kawhi Leonard needed eight stitches to close a gaping wound in his mouth after he was left bleeding all over the court following an inadvertent collision with his Ibaka’s elbow in the fourth quarter of the Clippers’ 121-108 victory over the Denver Nuggets, providing the bloodiest moment of the young season. Furthermore, the Clips' 13-point margin of victory over Denver tied Pelicans-Heat for the closest game of the day.

Brooklyn was once again a beast with a 28-point victory in Boston, Milwaukee was 39 points better than Golden State (and would have won by 47 had Giannis Antetokounmpo made all of his free throws), the Lakers left Rick Carlisle shaking his head in a 23-point victory over the Mavs, and all of the new uniform color schemes made our children (or at least my children) wonder whatever happened to sticking with tradition?

All we wanted for Christmas was one close game, Santa. How could you let us down like that?

There have been 19 games since the season began, and a dozen of them have been decided by double-digit margins. Yes, it is a small sample size, but going 5-for-5 on Christmas Day did not do the folks at ESPN any favors in terms of increasing TV ratings. At least their beancounters had a good day by having four of the games called remotely, the Mavs-Lakers game at empty Staples Center being the exception.

The new season is going to take some getting used to, especially after we all had so much familiarity with the bubble over the summer. We knew what all of those games would look like on TV. This season? There are 30 new courts (many with new designs) and 29 different arenas, but only six with actual fans in attendance. One of those is the court in Tampa where the Raptors have relocated.

We are only on Day 5 of the 2020-21 season, and uncertainty preponderates. We still do not know where James Harden will finish the season, but barring a trade sometime before tipoff tonight, we know he’ll make his season debut in Portland with a Rockets team that will be missing six players, including three starters, because of COVID safety protocols. Not even Santa knows whether the Rockets' “good list” of  players -- John Wall, Harden, Eric Gordon, Christian Wood and DeMarcus Cousins -- will ever play a single minute together.

Here are a few more things we learned on Christmas Day and what's to come next:

- Safe to say Kyrie Irving is stoked. Forget about what the sportsbooks are telling you. This guy is the leading Most Valuable Player candidate in the league right now, and it is not even close. He dropped 37 points and eight assists on the Celtics in his long-awaited return to Boston, overshadowing the 29 that teammate Kevin Durant dropped quite effortlessly. Kyrie is averaging 31.5 points, shooting 62 percent from the field and is 11-for-18 on threes with 12 assists against just two turnovers. Steve Nash’s team is a machine, and we get to see them on NBA TV on back-to-back nights Sunday and Monday, as they travel to Charlotte and then are back in Brooklyn to play the Grizzlies to complete the first week of the season.

- LeBron James has plenty of bounceback left despite airballing a free throw that he facetiously blamed on drinking wine only from the left side of his mouth. (But there is no truth to the rumor that he is buying governor Gavin Newsome’s winery tomorrow.) Despite that opening night loss to the Clippers, we saw Friday how much better this year’s version of the Lakers is, as Montrezl Harrell went 10-for-13 and had 22 points in 29 minutes. The guy is shooting 80 percent from the field in two games while establishing himself as probably the third-best player on that team behind LeBron and Anthony Davis.

- The weekend includes 10-game slates both Saturday and Sunday that should provide some guidance on which teams are most worth watching on League Pass. Russell Westbrook, coming off a triple-double in his Wizards debut, plays a pair of games against the Orlando Magic. Thank your lucky stars that you do not have Markelle Fultz’s job this weekend.

- Ja Morant and Trae Young play only once each, but Terry Rozier plays twice, and by Monday morning we’ll find out whether anyone can begin the workweek with a scoring average above 40.0 points per game, earning the unofficial Jamal Murray Player of the Week award. Myles Turner goes twice this weekend, too, so we’ll find out whether his eight blocked shots in the Pacers’ opener was an aberration or a precursor to someone becoming a legitimate threat to break Mark Eaton’s record of 5.56 blocks per game set for Utah in 1984-85.

- Andre Drummond plays his alumni game tonight in Detroit against the Pistons, which gives us an opportunity to remind the young folks that Wilt Chamberlain holds the record for most rebounds in a game with 55 early in his second season...that coming after he grabbed 40 or more rebounds four times as a rookie. Still have a ways to go, James Wiseman.

- The Knicks will play twice at an empty Madison Square Garden, which means we won’t have James Dolan sitting baseline, Spike Lee sitting courtside or, unfortunately, Immanuel Quickley leading the offense and giving fans of the blue and orange hope. Quickley had the misfortune of banging his hip into Turner in the opener, and it should not go unreported that Tom Thibodeau left Elfrid Payton, Dennis Smith Jr. and Frank Ntilikina sitting on the bench and played without a point guard in the second half of the opener at Indiana. Note to Knicks fans: Jonathan Kuminga G-League Elite scrimmage highlights are available here.