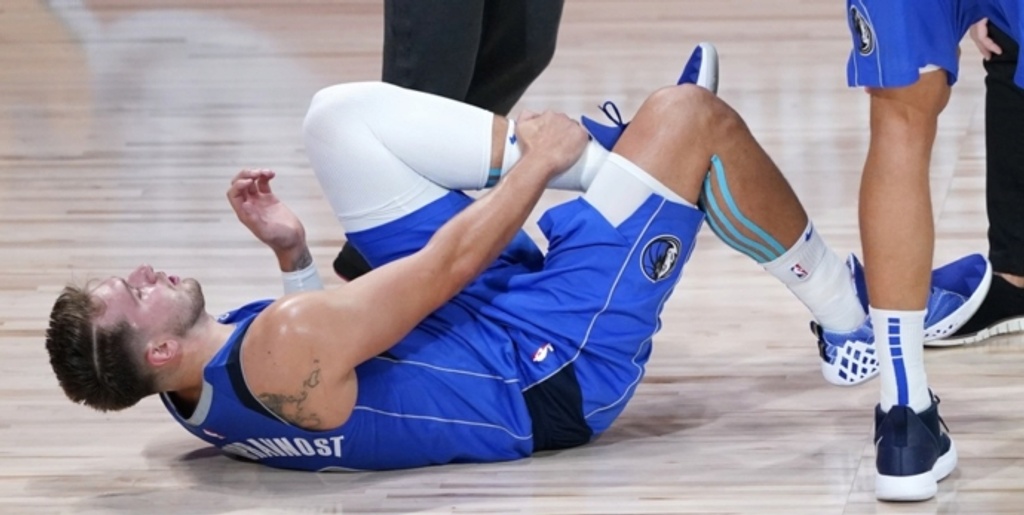 Study: There were significantly fewer injuries in NBA bubble

When the NBA announced that they would resume the 2019-20 season in the Orlando bubble, many players, coaches and trainers expressed their concern that the situation could lead to more injuries than usual. After all, the players had been working out on their own at home for four months and many individuals didn’t have access to a hoop during the break.

Teams also had no way of ensuring that their players were actually working out on their own, so there was some concern that players would return out of shape and be at increased risk for an injury. Also, several trainers pointed out that it had been difficult for players to mimic what they do in games while training individually.

However, a new study by Dimitrije Curcic of RunRepeat.com actually found that there were significantly fewer injuries in the NBA bubble.

In the bubble, there were 89 seeding games played. In order to compare the number of injuries in the seeding games to the start of a typical season, Curcic analyzed the first 89 games of each of the past five seasons to see how many injuries occured. 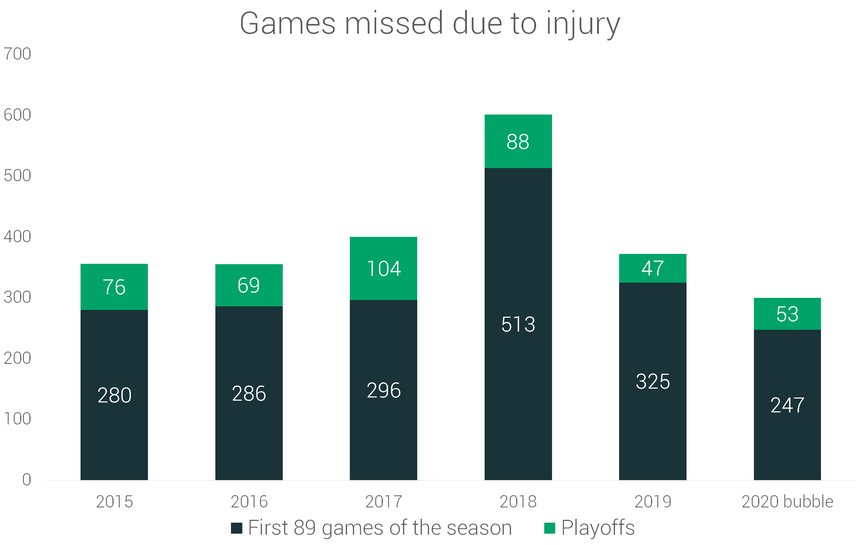 Curcic also analyzed the severity of injuries during the seeding games by looking at the average number of games missed for injured players. When players did get hurt in the bubble, they missed an average of 2.9 games, which is 24 percent less than the five-season average (3.7 games missed). 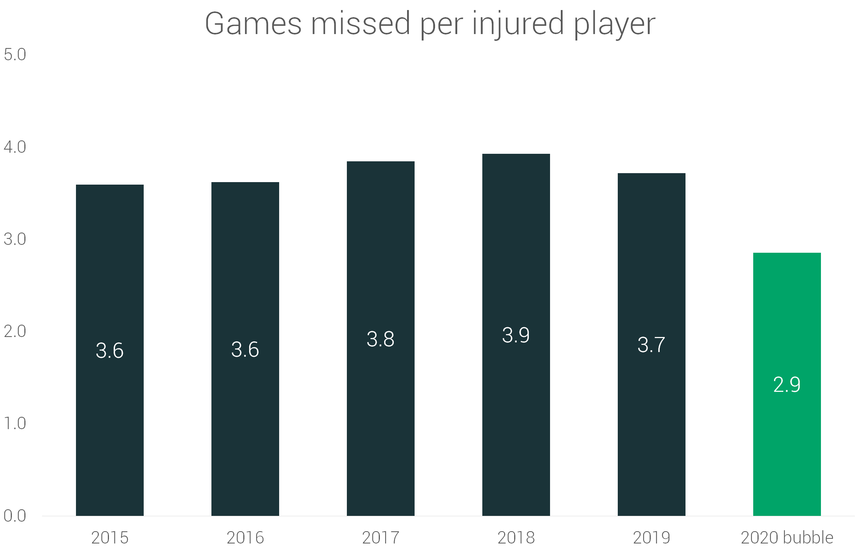 There were also fewer injuries during this year’s postseason in the bubble. In fact, Curcic described the 2020 playoffs as “among the most injury-safe postseasons in recent NBA history.”

Over the last five years, the average postseason lasted 82 games; this year, there were 83 playoff games in the bubble, which makes it pretty easy to compare injury information. Players missed only 53 games due to injury in the bubble playoffs, while players have averaged 77 games missed over the past five postseasons, meaning the injury rate dropped by 31 percent in the bubble. 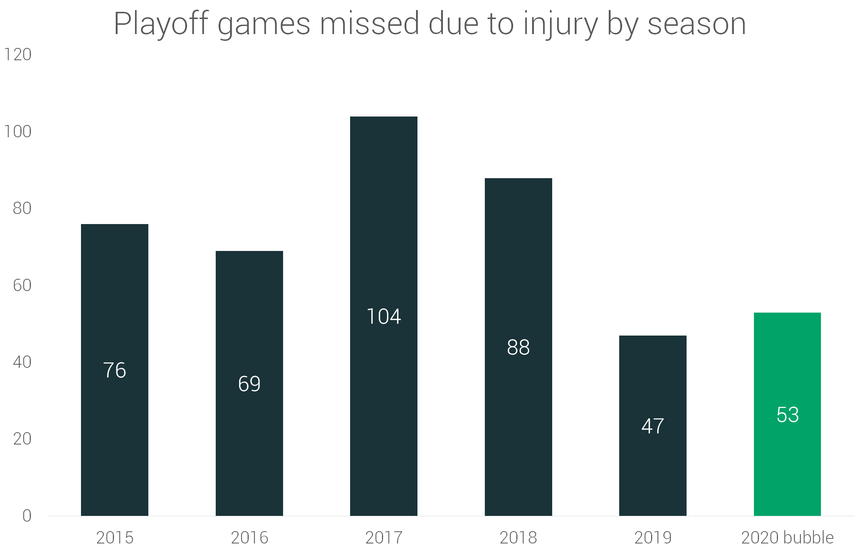 In terms of the severity of playoff injuries, injured players missed just 3.8 games on average in the bubble. This represents a 10 percent drop compared to the five-year average in previous postseasons (4.2 games missed).

There are a number of takeaways from this study. First of all, the NBA deserves credit for gradually ramping up each player's workload prior to the bubble. Players trained at their team's practice facility for two-and-a-half weeks prior to entering the bubble. Then, once teams arrived in Orlando and quarantined for a week, they went through a full training camp plus a week of scrimmages to ensure that everyone would be ready for the seeding games and postseason.

Also, it’s possible that the lack of travel played a role in the decrease in injuries too. A number of NBA players talked about feeling fresher and more rejuvenated during this postseason since they weren’t hopping on red-eye flights and traveling back and forth across the country. Perhaps the fact that players were more well-rested than usual contributed to their improved health.

One thing is for sure: Adam Silver and the NBA did an outstanding job of planning the bubble and all of the logistics surrounding it. With the 2020-21 NBA season set to start on Dec. 22 (and training camps expected to begin on Dec. 1), this will be a condensed offseason. That means players will have less time to rest, which could have an impact on next season.

Let’s hope the NBA’s injury luck continues into next year.

Be sure to check out Dimitrije Curcic's full study here.