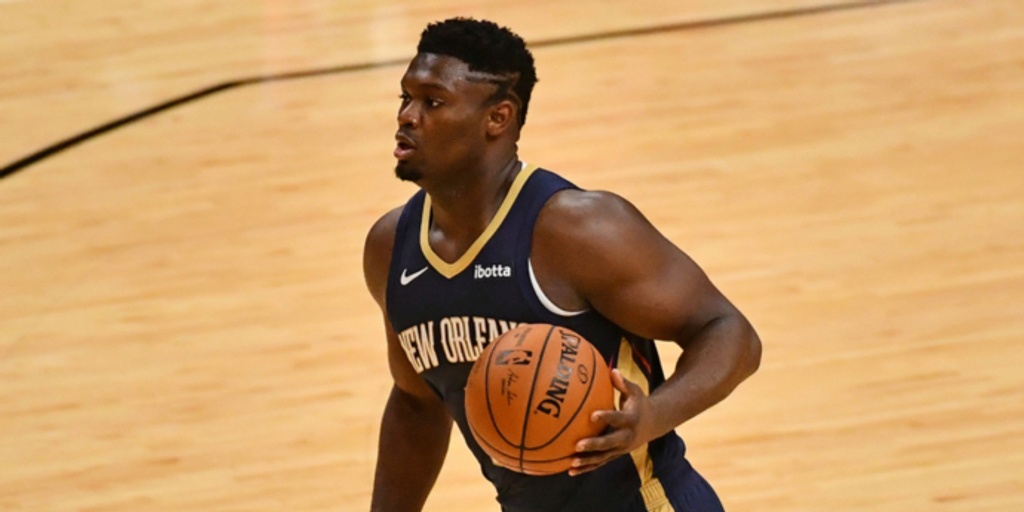 Remember back in the bubble days when everyone got mad at David Griffin and Alvin Gentry for limiting Zion Williamson’s minutes? In the shortened NBA preseason, he reminded us all why.

The sophomore who missed so much of his rookie season due to injuries wowed in the preseason slate, as exhibition play ended last night with two up-and-coming teams, Atlanta and Memphis, playing in a 117-116 game that came down to the wire.

Yes, the Hawks and Grizzlies are becoming teams to watch. Hey, 2020 cannot be horrible for everyone, OK?

Atlanta has a young nucleus to be one of the best teams in the East for the next half-decade once Lloyd Pierce settles on his shooting guard (he tried Bogdan Bogdanovic, Kevin Huerter and Cam Reddish during the preseason), and Ja Morant will still find his way onto SportsCenter on a nearly daily basis even if his team doesn’t make it onto national television more than once in a blue moon.

But back to Williamson, who came out of Duke as the consensus National Player of the Year and was supposed to become the next big thing -- knee surgery two Octobers ago ate up most of his rookie season, although he did play well enough in his 24 appearances to make the All-Rookie First Team. Now, under new coach Stan Van Gundy, he is going with no restrictions whatsoever...and it has been worth the wait.

Williamson scored 31 points against Milwaukee and 24 against Miami in his two preseason games, and he will be the headliner on the first day of the Christmas quintuple-header as New Orleans plays at Miami after folks unwrap whatever Santa brought.

Williamson ended up leading the NBA in preseason scoring at 28.5 points per game – a point-and-a-half better than the next guy on Our All-Preseason list – and making 20 of 35 shots. The Pelicans will end up on TV a bunch this season, the only drawback to which is that we won’t get SVG’s commentary on TV anymore. He was damn good at it.

Christian Wood left the Pistons for the Rockets in the offseason and is a huge part of the "big ball" the Rockets will be playing, whether or not James Harden is a part of the team.

Wood will often find himself playing power forward in a lineup flanked by center DeMarcus Cousins, as Stephen Silas goes with a more traditional lineup than what we have seen in recent years with the Rockets, as coach Mike D’Antoni preached "small ball." Wood finished second in the NBA in preseason scoring at 27 points per game and led the league in the all-important category of fantasy points.

Check out how the Rockets freed him up for an easy 2-pointer on this play:

Wood played in only one preseason game after recovering from a left elbow injury, but he went off for 27 points and 10 rebounds in 24 minutes in a game against San Antonio where Cousins and John Wall were rested. If Harden is still with the Rockets on opening night, they will probably have a starting five of Wall, Harden, P.J. Tucker, Wood and Cousins, which ain’t all that bad. But with opening night still two days away and Harden trade rumors circulating, it is unclear if Houston will make it to Tuesday with the current roster intact.

Morant led the NBA in assists in the preseason with 9.8 per game, while averaging less than 26 minutes and also shooting nearly 56 percent from the field. The Grizzlies scored more points per game than every team except the Pelicans, Mavericks and Nuggets, finishing 3-1 as one of only 11 teams that played four exhibition games. Predictably, the Lakers finished with the best preseason record, 4-0; they and the 3-0 Jazz were the only teams in the West with better preseason records than the Grizzlies.. Memphis will make its first national TV appearance the day after Christmas in a 5 p.m. start against the Hawks. Nobody is picking them to win the West, but they will most certainly be one of the top 10 teams that qualify for the expanded postseason.

Dwight Howard played only 33 preseason minutes and attempted 11 shots, making 9 of them – good enough for him to lead the NBA in preseason field goal percentage at 81.8 percent. The Lakers won Game 6 of the Finals against Miami by going small and leaving Howard on the bench, but over the course of the postseason, we saw enough from Howard to know that the 35-year-old (now with his seventh team in 17 seasons) still has plenty of basketball left in him. He is the best backup center that Joel Embiid will ever have had behind him, and expect Doc Rivers to occasionally have a quick hook with Embiid if the All-Star center strays from the game plan, as he has had a tendency of doing before.

Nikola Vucevic had double-doubles in all four of the Orlando Magic’s preseason games and ended up leading the NBA in rebounding in the preseason at 12.5 per game. Another player who does not play for a sexy team that will be all over national TV, Vucevic is nonetheless a proven commodity as he enters his 10th NBA season, six of which have featured him averaging double digits in both points and rebounds. Steve Clifford has a solid if unspectacular team, and if Markelle Fultz continues the major improvement he showed last season -- and Aaron Gordon pops back onto the national radar the way he was doing a few years back -- this is a top-seven team in the East. Top seven (or eight) gets you into the play-in tournament needing only one victory, and the play of Vucevic will be crucial to the Magic accomplishing that feat.