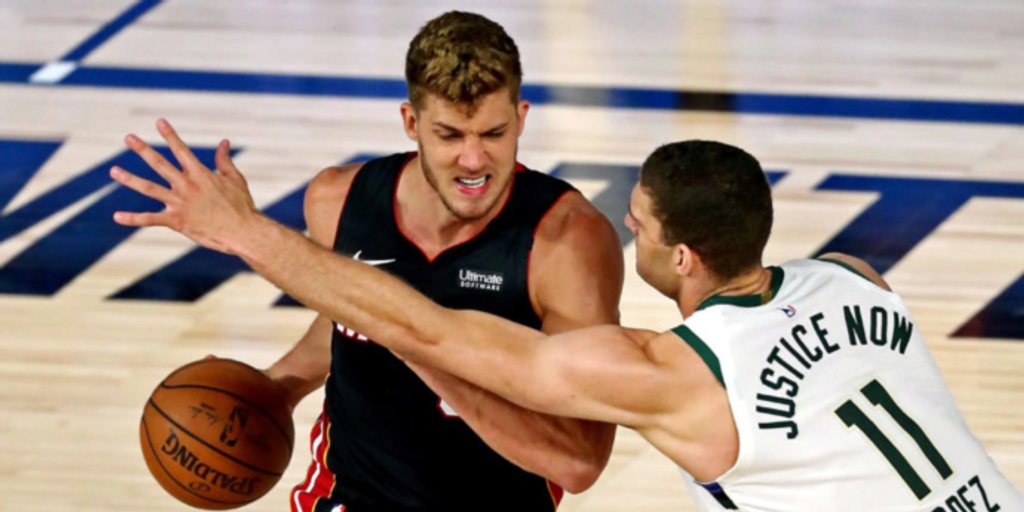 The NBA has fined Meyers Leonard $50,000, the maximum allowed by league policy, and suspended him from using all Miami Heat facilities and activities for one week in response to his use of an anti-Semitic term.

Commissioner Adam Silver, in announcing those sanctions, also said that he believes Leonard “is genuinely remorseful" for using the slur.

“Meyers Leonard’s comment was inexcusable and hurtful and such an offensive term has no place in the NBA or in our society,” Silver said.

Leonard will also be required by the league to participate in a cultural diversity program. He has already met with representatives from the Anti-Defamation League, a prominent Jewish organization that works to stop extremism and delivers anti-bias education.

“We have further communicated to Meyers that derogatory comments like this will not be tolerated and that he will be expected to uphold the core values of our league — equality, tolerance, inclusion and respect — at all times moving forward,” Silver said.

Under the league's collective bargaining agreement, Silver could not exceed $50,000 as a fine for “any statement having, or that was designed to have, an effect prejudicial or detrimental to the best interests of basketball" He is permitted to combine the fine with a suspension, and since Leonard is already out for the remainder of the season with an injury his salary will not be affected.

It was not immediately clear how the penalties issued by the NBA would affect Leonard's standing with the team going forward. The Heat, within hours of the video coming out, said Leonard would be away from the team indefinitely.

Leonard apologized Tuesday for using the term, insisting he did not know what it meant when he used it one day earlier. The video drew sharp rebukes from league officials, members of other teams, celebrities and even athletes from other sports.

“He said something that was extremely distasteful and hurtful,” Heat coach Erik Spoelstra said. “And we’re left with the aftermath of that.”

New England Patriots wide receiver Julian Edelman, who has openly embraced his Jewish heritage, posted a letter to Leonard on social media earlier this week and said he did so to offer perspective. Edelman also said he is in Miami often, and invited Leonard to meet for a Shabbat dinner with friends.

“I get the sense that you didn’t use that word out of hate, more out of ignorance,” Edelman wrote. “Most likely, you weren’t trying to hurt anyone or even profile Jews in your comment. That’s what makes it so destructive."