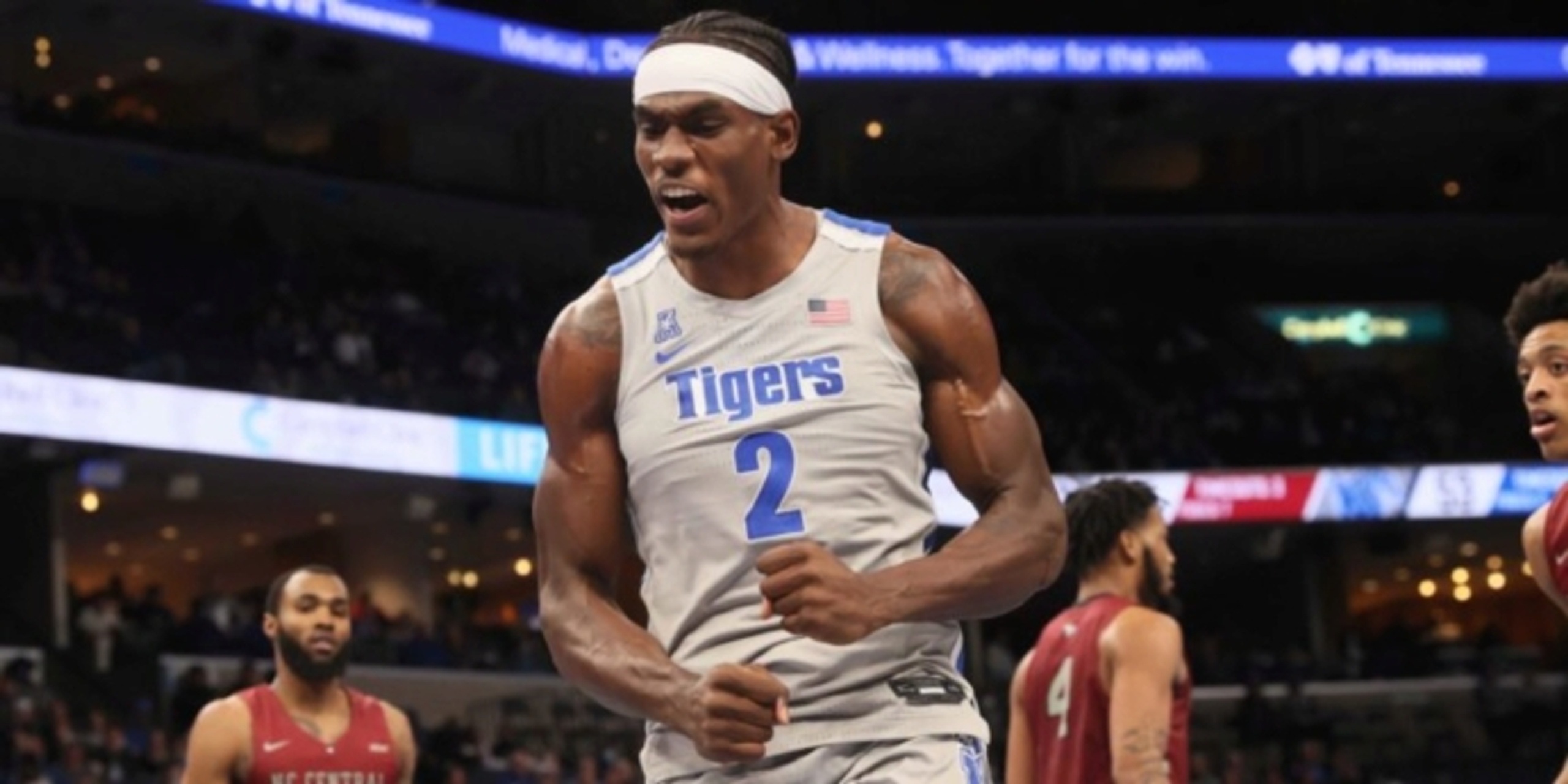 DeAndre Williams added 13 points and Earl Timberlake finished with 10 for the Tigers (4-0).

It was the play of Duren controlling the middle that kept the Tigers from dropping their first game of the season.

“Jalen’s energy definitely made up for those mistakes that we made shooting the ball in the first half. We shot the ball horrible,” Memphis coach Penny Hardaway said, adding: “Thank God for Jalen Duren tonight because he kept us in the game and won it for us.”

Duren had 11 points and 12 rebounds in the second half and helped the Tigers pull away.

“That’s why he’s one of the best players in America,” Western Kentucky coach Rick Stansbury said “He beat us up around that rim. He got those put-backs. He’s hard to keep out and keep off that rim.”

The game ratcheted up the competition for the Tigers, who travel to New York next week to play in the NIT Season Tip-off. They will face Virginia Tech in the opener.

“I’m thankful for a game like this right before we go on the road,” Hardaway said. “I think everything has been so easy that the guys get a little complacent. Tonight, we got into a good game.”

Memphis shot poorly from 3-point range and committed 26 turnovers, keeping Western Kentucky in the game even when the Tigers stretched their second-half lead to double digits.

Western Kentucky had its own problems with 25 turnovers and poor free-throw shooting.

“You can point to a couple of things. You can point to turnovers. We had 25,” Stansbury said. “Then the free-throw line. You can’t go 5 for 13 from the foul line. Those kinds of things just take the air from you.”

The Hilltoppers gave Memphis by far its toughest challenge this season, leading by as many as 10 points in the first half. Memphis went 1 of 7 from 3-point range in the first half against the Western Kentucky zone defense. A late rush by Memphis left the game tied at 38 at the break.

“Give them credit for going to a zone,” Hardaway said. “We work on zone every day. Got a little stagnant on the offensive end.”

Western Kentucky had its own turnover issues in the first half, preventing any kind of flow to the game. In the second half, Memphis’ defense held the Hilltoppers to 26.5% shooting. Memphis was better at 39.4%, but made only one of its nine 3-point attempts after halftime.

“We didn’t win the game, but I’m awful proud of the way our guys came in here and battled,” Stansbury said. “We just played one of the better teams in the country. And we were right there.”

Western Kentucky: The Hilltoppers can give opponents plenty of trouble with their zone defense, along with busy hands swatting away passes. Western Kentucky’s 3-point shooting kept the game close until it finished the game by missing six of its last seven shots.

Memphis: Turnovers continue to plague the Tigers. The 14 first-half giveaways resulted in 19 points for the Hilltoppers. And the ballhandling was just as bad in the second half.

It wasn’t pretty, but it was a win and Memphis should at least hold onto its spot in the AP Top 25.

HOLD ONTO THE BALL

In the first five minutes of the game, the teams combined for 10 turnovers. The Tigers came into the game averaging 20 turnovers a game, and Western Kentucky was forcing their opponents into roughly the same amount.