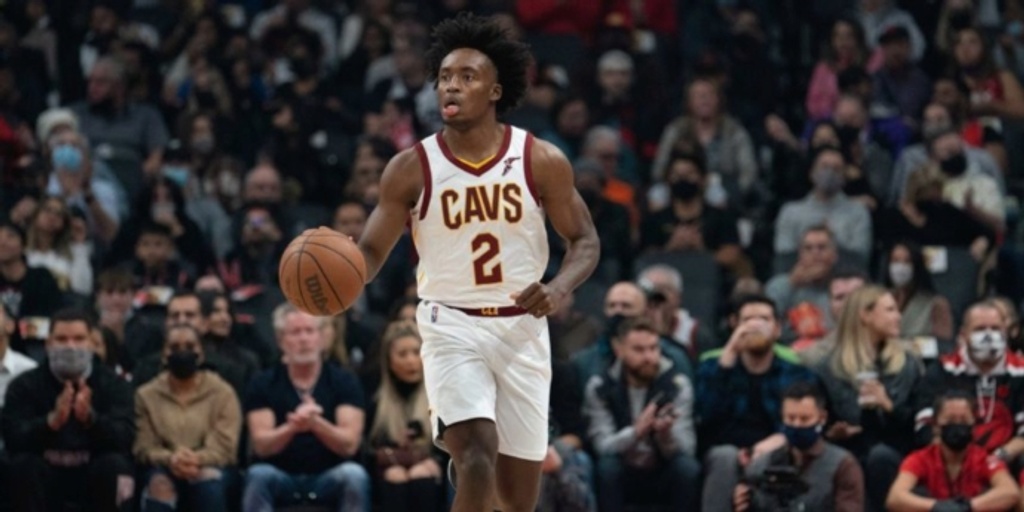 CLEVELAND (AP) — Collin Sexton barely got a chance to show the Cavs — and other teams — he's worthy of a long-term investment.

The flashy and productive guard is done for the season after injuring his left knee and undergoing surgery.

Cleveland's leading scorer this season tore cartilage in his knee on Nov. 7 in a game against the New York Knicks. The Cavs didn't provide their first update until Friday, when they said Sexton had an operation on Wednesday in Atlanta.

His loss is a significant blow for the Cavs, who got off to a strong start this season but have been ravaged recently by injuries. Rookie forward Evan Mobley is expected to miss a month with an elbow sprain.

The Cavs were missing six regulars on Thursday night in a loss to the Golden State Warriors.

The injury is also a major setback for Sexton, who failed to get a contract extension from Cleveland before the 2021 opener and was hoping another solid season would lead to lucrative offers.

Sexton's game can be infuriating to teammates and opponents alike, as he's a ball-dominant player who can score but doesn't always make great decisions.

Now, his injury only further clouds Sexton's future with the Cavs, who drafted him with the No. 8 overall pick in 2018.

Sexton has improved in each of his four seasons. He averaged 24.3 points last year on a 22-win Cleveland squad.