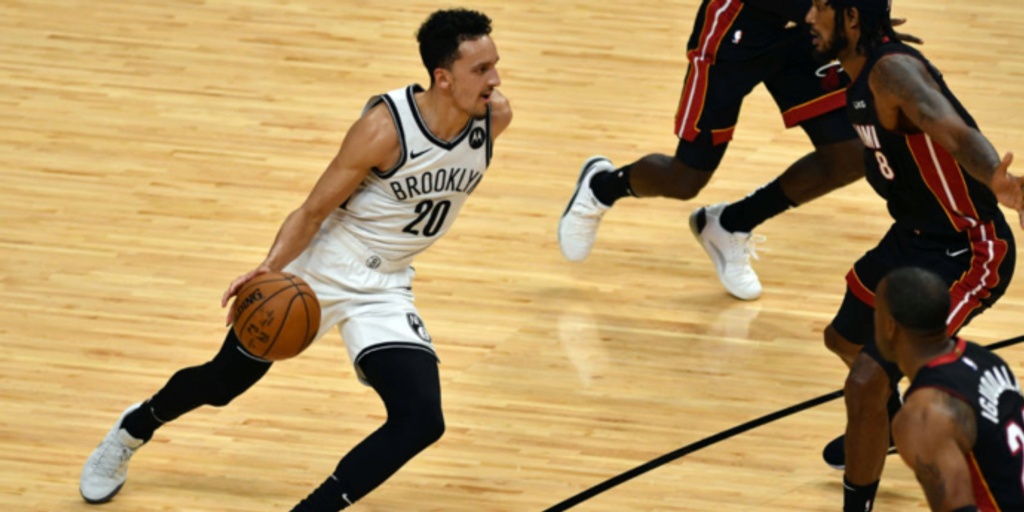 The Dallas Mavericks and Los Angeles Lakers are among the teams interested in trading for Brooklyn’s Landry Shamet ahead of Thursday’s draft, per SNY sources.

ANALYSIS: According to Begley, "several teams" have looked into trading for the Nets guard. Shamet averaged 9.3 points per game as a bench piece in his first year with Brooklyn, shooting 38.7 percent from downtown. Begley also reported that teams have had conversations with the Nets about trading for DeAndre Jordan.