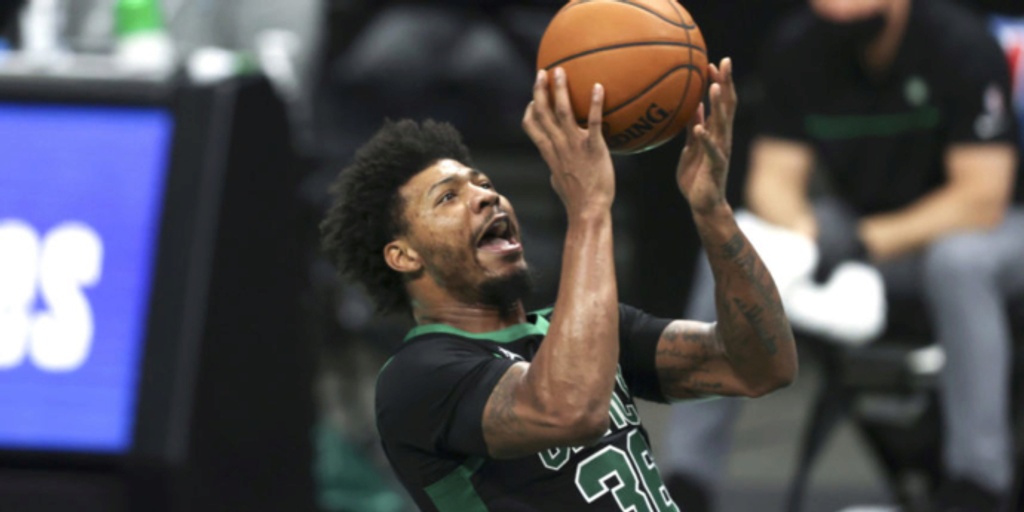 Marcus Smart suspended one game for directing language at referee

Marcus Smart has been suspended one game by the NBA for directing "threatening language" at an official, according to a statement from the league.

"Boston Celtics guard Marcus Smart has been suspended one game without pay for directing threatening language toward a game official, it was announced today by Kiki VanDeWeghe, Executive Vice President, Basketball Operations.

"The incidents took place during and after the Celtics’ 119-115 loss to the Oklahoma City Thunder on April 27 at TD Garden. Smart will serve his suspension tonight when the Celtics play host to the Charlotte Hornets at TD Garden."

Smart is averaging 13.6 points, 5.5 assists and 1.5 steals per game for the Celtics this season.