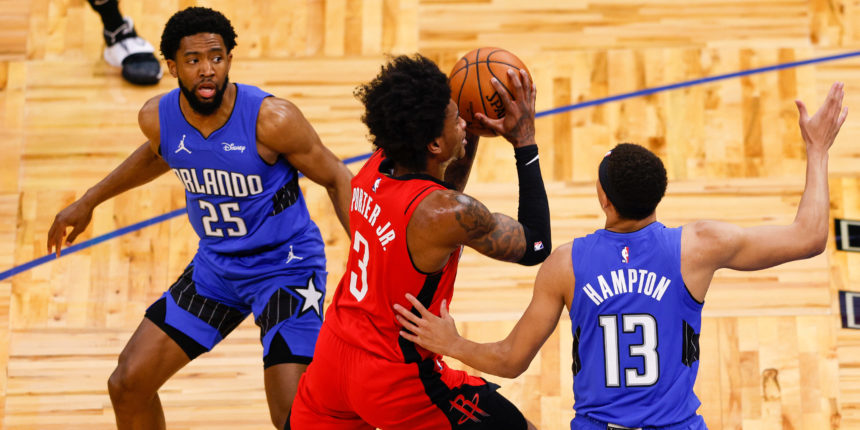 The NBA fined Kevin Porter Jr. $50,000 for violating health and safety protocols when he went to a Miami club in mid-April, according to a release from the league.

"Houston Rockets guard Kevin Porter Jr. has been fined $50,000 for violating the league’s Health and Safety Protocols, which among other things prohibit attending indoor social gatherings of 15 or more people or entering bars, lounges, clubs or similar establishments, it was announced today by Byron Spruell, President, League Operations. Porter Jr. violated these rules when he attended a club in Miami on April 19."

The 20-year-old is averaging 15.2 points and 6.2 assists per game for the Rockets this season. Houston is 15-47 currently and has lost its last five contests.