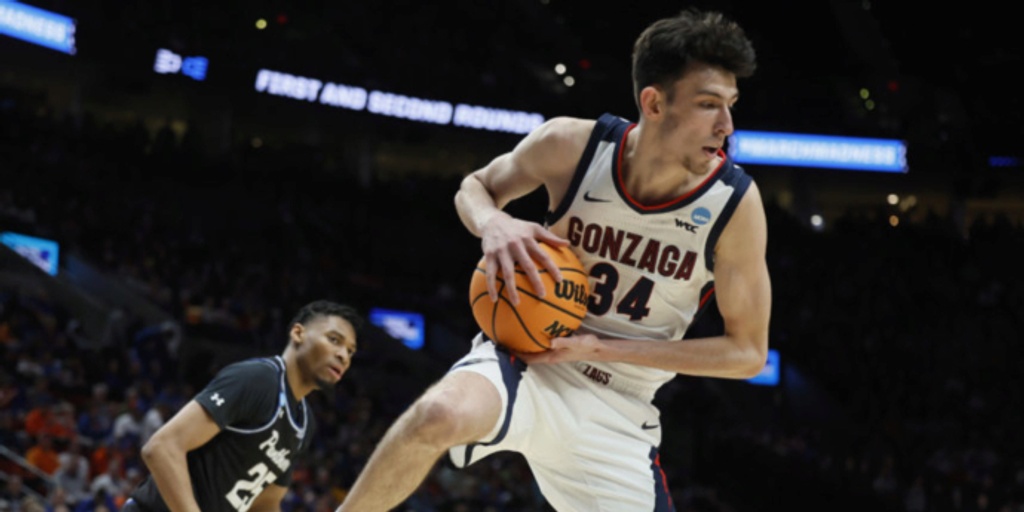 March Madness: 16 NBA Draft prospects to watch in the Sweet 16

After an eventful start to the 2022 NCAA Tournament, the Sweet 16 tips off on Thursday. While some top 2022 NBA Draft prospects have already been eliminated — such as Auburn's Jabari Smith, Iowa's Keegan Murray and Memphis' Jalen Duren — there are still quite a few upcoming draft picks worth watching.

Our Sr. NBA Draft Analyst Matt Babcock has been scouting these players for years, so he helped put together this guide of 2022 NBA Draft prospects to watch in the Sweet 16. This list only includes prospects who are expected to enter this year’s draft and who are currently included on BasketballNews.com's 2022 NBA Draft Big Board.

This season, Ivey shot career-highs across the board and propelled himself into top-3 consideration. Ivey is a phenomenal athlete and a promising on-ball defender who has flashed great potential on the defensive end of the floor. His offense has taken a huge leap, as he's shown the ability to create space for himself, score on multiple levels and attack the rim at an elite level. Purdue is one of the best teams in America, and Ivey is a huge component of their success. He's one to keep an eye on near the top of the 2022 class.

At 7-foot tall with a 7-foot-6 wingspan, Chet Holmgren is a playmaker on both ends of the floor. He is comfortable with the ball in his hands, is a reliable shooter, and he can score on all levels. On the defensive end, Holmgren greatly affects the game as a rim protector. He will need to add weight to maximize his potential, as he is rail-thin, but he is one of the most unique prospects we've ever seen nonetheless. Holmgren is projected to be a top-five pick in the 2022 NBA Draft.

AJ Griffin is 6-foot-6 and possesses a 7-foot wingspan. He is a powerful and versatile wing with a tremendous physical profile and promising skill set. Griffin has also shown the ability to create for both himself and others. After missing the early part of this season due to injury, he has solidified himself as one of the best shooters in the country. AJ is the son of former NBA player and current Toronto Raptors assistant coach Adrian Griffin, and he has made a case for himself to become a top-10 pick.

After a strong freshman campaign for the Arizona Wildcats, Bennedict Mathurin has made a jump in his second year in Tucson. Mathurin's size, athleticism, defense and shot-making ability make him an intriguing NBA prospect. Standing at 6-foot-6 and 210 pounds, he is an explosive athlete and a capable slasher and finisher. Mathurin has solidified himself as one of the best wings in the 2022 NBA Draft and continues to make his case as a top-10 selection.

Ochai Agbaji is a versatile wing who has shown promise as a defender, slasher and shooter. Early in his career, he was known for his athleticism and defense. However, this season, he has emerged as one of the best shooters in America, making giant leaps as a scorer in both volume and efficiency. Agbaji has solidified himself as a viable 3-and-D option at the NBA level and is a candidate for National Player of the Year.

Mark Williams is one of the best shot-blockers and inside scorers in the country. Utilizing his size, length and interior presence, Williams shows flashes of dominance on both ends. This season, he has been solid for Mike Krzyzewski and the Duke Blue Devils, which could lead to him being a first-round pick in the 2022 NBA Draft.

Moore is having a breakout season, finally coming into his own during his junior year. At 6-foot-5, he has good positional size, strength and athleticism at guard. While Moore remains streaky as a three-point shooter, he has proven to be a reliable three-level scorer this year for the Blue Devils. He will still be 20 years old on draft night with more room to develop, making him a solid option this June.

A physical and slashing guard capable of shooting the ball from outside, Trevor Keels came to Duke after being a consensus five-star high school recruit. His physicality and natural ability to score the ball should generate interest from NBA teams. Although he can be streaky as a shooter, he has a beautiful release and has proven to be a tough shot-maker. With positional size and a knack for scoring, Keels is one to follow.

At 6-foot-6, Braun has positional size and has shown the ability to score from anywhere on the floor. He has a smooth release from three and can pick his spots off the dribble. He is reliable on and off the ball on offense, while providing intelligent defense on the other end. Braun is a well-rounded player and makes a strong case for the 2022 NBA Draft.

One of the best rim-protectors in the country, Christian Koloko can anchor a defense in the half-court. As much as his 7-foot-4 wingspan helps on defense, it also allows him to be effective on the other end. His hands, post moves and awareness continue to improve, and he is an efficient finisher in the dunker spot. While his role won't ever be to carry a large load on offense, he can still make a significant impact as a rebounder, shot blocker and rim runner.

Trevion Williams may be the best low-post scorer in the country. He has incredible footwork and craftiness at the rim, and he is always thinking a step ahead with the ball in his hands. He is also an impressive athlete at 255 pounds, as he's quick off the ground and runs the floor well. Williams is old-school in the way he provides points, but he does the little things well. He has good vision out of the post, plays with a great motor and is the kind of player you want in your locker room. Williams has a great chance of earning a shot at the NBA level.

After a stellar NCAA Tournament run last season, Johnny Juzang tested the NBA Draft waters, but ultimately returned to UCLA for his junior season. At 6-foot-7, Juzang is an exceptional outside shooter, especially off the dribble in the half-court. He has continued his efficient scoring as a shot creator and cutter this season. He projects as a wing shooter and capable facilitator at the next level, and will be considered a solid option for teams picking in the 2022 NBA Draft.

Jaime Jaquez Jr. is intelligent and crafty, using defensive manipulation and footwork to create for himself and others. He excels in the post against smaller defenders, and can stretch the floor as a reliable shooter from three-point range. In addition, Jaquez is a hard-nosed competitor, and also provides adequate defense and rebounding. He continues to build on the momentum he established last March during UCLA's impressive tournament run, and he's proving to be a consistent three-level scorer and a viable option in the 2022 NBA Draft.

If there's anyone who can give Trevion Williams a run for his money as the best-low post scorer in the nation, it's probably Drew Timme. With tremendous footwork, touch and an ability to manipulate defenders, Timme was dominant last season and has been highly effective again as a junior. He needs to improve his lateral quickness and pick-and-roll defense, as he can often get taken out of the play with ease on the perimeter. If he is able to address some of those concerns, he could solidify himself a solid draft pick in the 2022 NBA Draft.

Collin Gillespie will enter the 2022 NBA Draft as one of the more accomplished college players in the class. He already has three Big East Championships and a national championship on his resume, and he'll look to duplicate that success at the NBA level. At 6-foot-3, he is intelligent on and off the ball, and is a reliable scorer at multiple levels. He's also disciplined and instinctual on defense, providing real value on both ends of the floor. Gillespie has the tools to be a backup point guard at the next level, so it will be interesting to track if an organiziation gives him that opportunity.

Be sure to check our complete 2022 NBA Draft Big Board and click each prospect's name for more info (including their highlights, measurements, projected role and more).