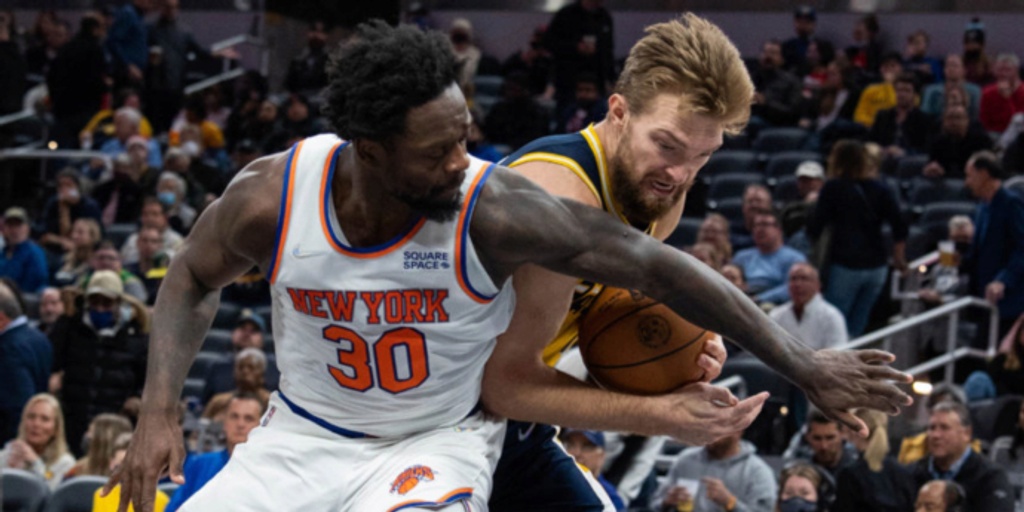 Making the case for the Knicks to trade Julius Randle

The holidays are traditionally a time for reflection. And family. And NBA basketball.

While COVID has returned to rain on our collective parades, NBA commissioner Adam Silver has made it clear that, for better or worse, the NBA will not pause the season. And as long as the NBA continues playing, Basketball News is here to analyze the results, trades, rumors and more.

While Christmas Day was a major showcase for the league, the midway point of December also marked another key day for the league, as Dec. 15 is the trigger date that a player who was signed in the 2021 offseason can be traded. Considering the NBA trade deadline is Feb. 10, Christmas (and the weeks leading up to it) was an opportunity for teams to showcase players they would like to move.

Analyzing rumors broken by the likes of ESPN’s Adrian Wojnarowski makes up much of the discourse around the NBA’s trade season, but we in the media rarely pontificate about we would like to see. Generally speaking, this is intuitive in that discussing non-substantiative rumors is essentially a trip to fantasy island.

Still, sometimes trade ideas are so tantalizing and obvious that we can’t help ourselves. And that’s where we find ourselves today.

With that in mind, let’s discuss an unlikely trade that, in my opinion, would greatly benefit each team involved hypothetically. Salaries don’t match perfectly, so it would be a bit more involved than a one-for-one deal, but it’s too good to ignore. So, let’s fast-track this one to the top of a late-Christmas and early New Years wish list.

The New York Knicks are pretty darn polarizing. Their fans are absolute diehards, but New York receives an unfair amount of national attention considering that the team has qualified for just one postseason in the past eight years.

Still, even the haters had to admit that the Knicks looked like they were on to something last season. They ended the year 41-31 as the fourth seed in the Eastern Conference, and they boasted their first All-Star selection since 2017-18 in Julius Randle. But they had an unforgiving first-round matchup with the Atlanta Hawks, who effectively game planned for Randle and showed the entire league how to neutralize New York's roster — and they’ve been stuck in the mud ever since.

The Knicks are presently 15-18 (good for 12th in the East) with limited reason to be optimistic. It’s simply not working as planned.

Even before COVID sidelined six of its players, New York was clearly out of sync. The team ranks 22nd in Defensive Rating (110.5), 27th in Pace (96.3) and has received very little from its offseason signings. Despite recent signs of life, Kemba Walker and Evan Fournier are both averaging near career-lows in minutes and points per game, as well as field goal percentage.

Still, there is enough of a track record to believe that head coach Tom Thibodeau will right the ship defensively; Walker was a relatively affordable signing, and Fournier is in the first year of a fairly pricey deal, meaning getting out of it would cost assets too. 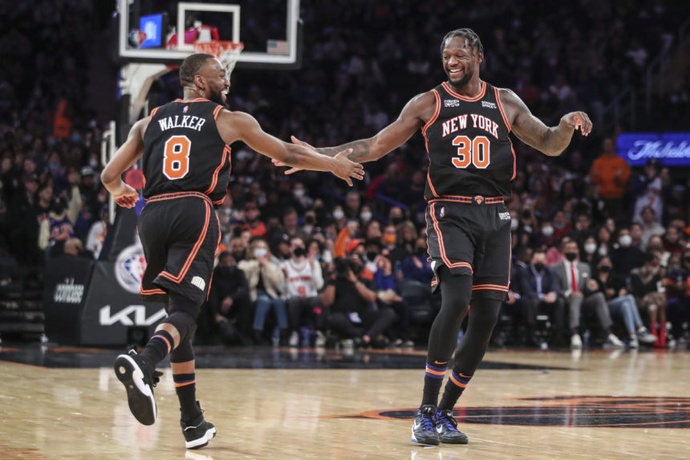 Unless the Knicks believe that adding some combination of peripheral pieces will make them a contender, there are limited ways forward. On the bright side, they have a young and vibrant supporting cast. On the not-so-bright side — and an oft-ignored point in and around New York — the Knicks were not going to compete for a championship with a roster built around Randle. So, while this proposal might irk some, remember that is allows New York to remain competitive, while becoming even younger.

Through 33 games, Randle has taken a step back from last season. He’s averaging over four fewer points per game (19.9) and shooting significantly worse from behind the arc (33.7%). He’s not fairing much better from inside the arc (47.3%), and he’s turning the ball over more than ever before (3.5 turnovers per contest) too. On the whole, Randle is making bad decisions, dribbling into double teams and — as discussed by our very own Moke Hamilton — has set a bad example for his younger teammates.

But there’s a lot wrong in New York that’s impacting Randle’s play and attitude, and it includes the play of Walker and Fournier. RJ Barrett’s poor shooting isn’t helping either. Ultimately, though, Randle is easier to move than Fournier and returns far more in terms of talent and/or assets, and the idea of moving Barrett would be met with a full-on mutiny.

But Randle can still be an impressively productive player. He’s strong, versatile, relatively young (27), helps initiate the offense and defends multiple positions. He just needs to play with a different mix of players.

The Pacers have made it clear that they are not interested in a full-on rebuild. But considering the bevy of rumors sounding off out of Indianapolis, it’s clearly not all sunshine and rainbows either. Players involved in rumors include Domantas Sabonis, Myles Turner and Caris LeVert — all of whom should be of interest to the Knicks. (Editor's Note: BasketballNews.com examined potential destinations for all three. Click the hyperlinks to read more.)

Sabonis is the only one of those three I would consider swapping for Randle.

Sabonis is still just 25. He’s an absolute bull, averaging 20.3 points and 12.0 rebounds per game last season. His numbers are down slightly this year, but it’s hard to blame him considering that the wheels are falling off in Indiana. Sabonis can play the 4 or the 5, meaning swapping him and Randle would enable the Knicks to slide prized second-year player Obi Toppin into the starting lineup, too. It also would allow Fournier and Barrett to take on more in terms of initiating and creating, and would cut the overall payroll a bit this season and beyond.

Indiana would receive a more dynamic playmaker in return, and one who is signed at a moderately affordable number through at least 2024-25. The Pacers would, theoretically, trot out a core of Malcom Brogdon, LeVert, Randle and Turner — all of whom are beyond serviceable. It would free up Indiana’s big man logjam and provides them with an elite scorer. Randle would probably look better alongside an established point guard, too, and Brogdon is just flat-out better than Derrick Rose or Kemba Walker at this stage of their careers.

Ultimately, Knicks and Pacers fans will both be furious with this idea. But as they sit at the 12th and 13th spots in the Eastern Conference, respectively, I reply by with this: Is either group happy with their teams’ chances of winning a championship?

Well, this move would put both on a better path toward doing so.