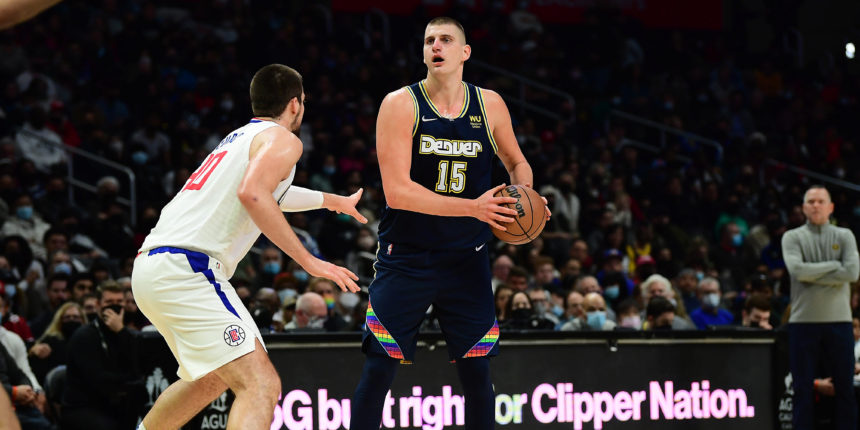 Mike Malone: Nikola Jokic 'should be an All-Defensive player'

Mike Singer remarked after the Nuggets' win over the Clippers on Sunday that Nikola Jokic should make an All-Defensive team:

“The thing that jumps out to me, and I’m gonna say this, and people not in Denver, but people around the NBA will scoff at it, he’s a very effective defensive player,” Malone said. “You can’t say he’s not. All the other analytics they use for other players, when you apply those same analytics to Nikola Jokic, he should be an All-Defensive player.”

ANALYSIS: Jokic has never made an All-Defensive team, but has steadily improved as a defender throughout his NBA career. As Singer points out, the Nuggets star is averaging 1.3 steals and 2.5 deflections per game, both second among all centers. He's backing up last year's MVP campaign with elite offensive numbers, but his game on the other end might still be underrated.