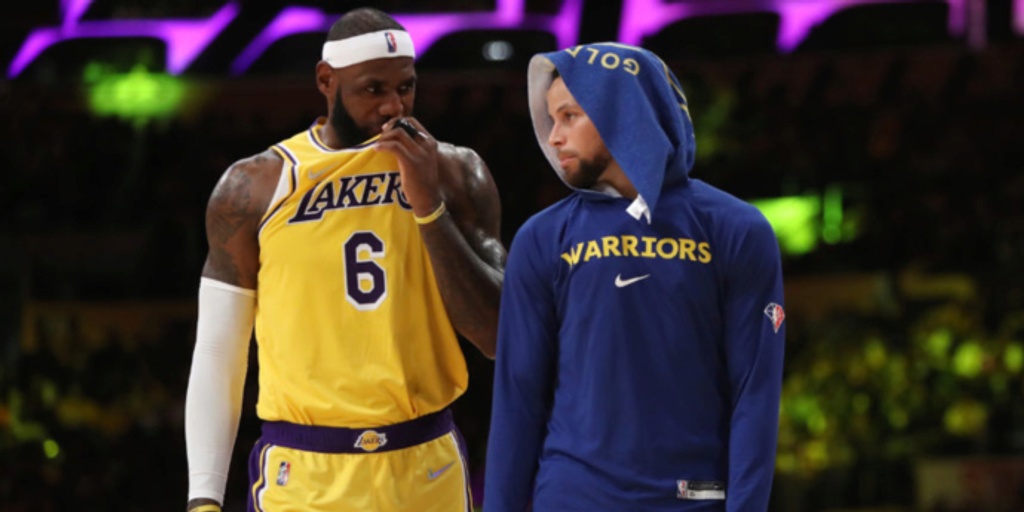 If LeBron James could play with anyone in the world, who would he choose?

On the newest episode of “The Shop,” he shared his answer, which inevitably made headlines.

First, James reiterated that his goal is to play alongside his son, Bronny James. Understandably, LeBron said that Bronny is “number one on my f*cking list.”

(Our James Posey recently wrote about LeBron’s ultimate goal from the perspective of a fellow NBA dad).

Once he shifted to current NBA players, James zeroed in on one person: Stephen Curry.

Word of James’ comments got back to Curry, who responded in an interview with 95.7 The Game.

Curry seemed to appreciate the shout out though.

“Whenever you get the interest or curiosity of what it would be like to play with arguably an MVP-caliber dude like he is — one of the greatest of all-time — [that’s] cool. Like, that’s amazing," Curry said. "We all can live in that fantasy world though.”

Steph Curry’s reaction to hearing LeBron James comments about wanting to play with him 🔥 pic.twitter.com/frblnCNQGK

James and Curry clearly have a ton of respect for each other after facing off in the NBA Finals four times.