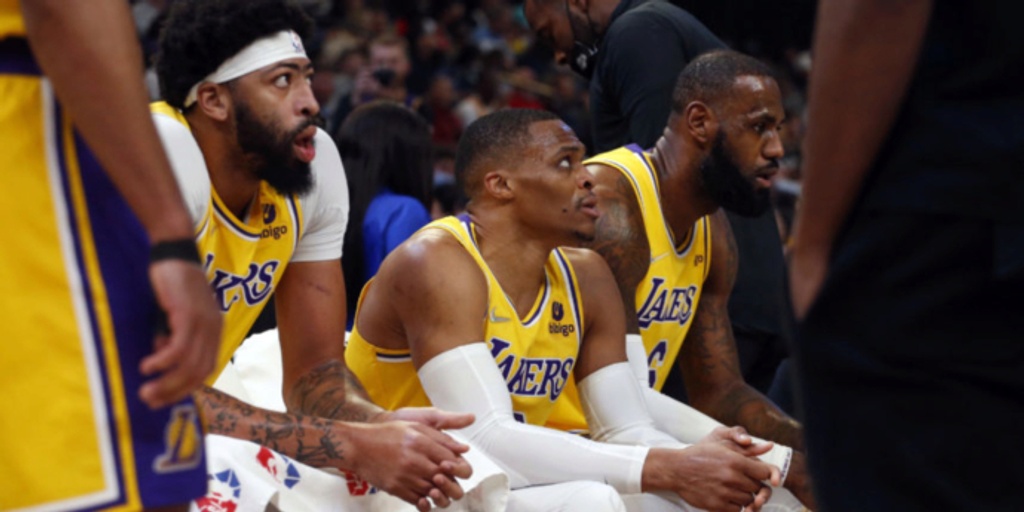 Lakers' brass won't bail out LeBron, vets: 'This is the bed you made'

Leading up to last week’s NBA trade deadline, it seemed like the Los Angeles Lakers would pull off some kind of trade(s). Even the players reportedly felt that standing pat wasn’t a viable option.

However, that's ultimately what the Lakers did.

Los Angeles didn't complete a trade and now they'll turn their attention to the buyout market.

ESPN’s Ramona Shelburne joined Brian Windhorst on “The Hoop Collective” podcast to make sense of the Lakers’ inactivity and what happened behind the scenes.

“My interpretation was that the Lakers' front office and ownership — the Lakers' organization from ownership on down — decided, 'You guys got yourselves into this; this is the bed that you made. LeBron James, Anthony Davis, Russell Westbrook, Carmelo Anthony, Dwight Howard, all of the future Hall-of-Famers: This was your choice of roster and team, go make it work. And we are not going to mortgage our future in terms of draft picks or taking on luxury tax now because this team isn't working yet. Go make it work,'" Shelburne said.

At that point, Windhorst responded: “Which is the exact opposite of what LeBron was used to before. It’s the exact inverse.”

It’s no surprise that James and the Lakers’ veterans were involved in the team’s offseason shake-up. However, based on what Shelburne is reporting, it’s very interesting that the Lakers' brass are essentially saying: “This is your mess, so go clean it up.”

Later in the episode, Shelburne added that she believes the Lakers' core will likely be the same next season.